The biggest surprise of the year was probably the birth, in Mexico, of a baby who was conceived following controversial mitochondrial manipulation (“3-parent IVF”). The location was chosen by a New York-based fertility doctor who noted that in Mexico “there are no rules.” Since 3-person IVF is technically a form of inheritable genetic modification, one big question is whether its increasing use and normalization will open the door to wider acceptance of gene editing for human reproduction.

The gene editing shockwaves of 2015 – when Crispr was first applied in human embryos, and controversy about the prospect of using it for human reproduction became explicit – developed into a somewhat more predictable flood of activity and comment in 2016. The big, and unfortunate, news here is perhaps the non-news: the absence of any significant efforts to encourage public participation in deliberations about whether powerful new genetic manipulation tools should be used in efforts to control the traits of future children and generations.

The most consequential news of the year for biopolitics as for so much else may well turn out to be the US presidential election result, but the consequences themselves remain somewhat unclear. Trump’s comments about having “the right genes” are ominous warning signs, which are perhaps getting worse, as partly described below.

Cross-border commercial surrogacy was in the news this year because of scandals, disputes, and changes in the laws of several nations where it had taken hold. Commercial pressures were particularly apparent in the slick marketing being used to promote egg freezing among young women with no fertility problems. In California, the fertility industry failed in its effort to overturn the state ban on paying women more than expenses to obtain their eggs for research.

The Center for Genetics and Society (CGS) continues to monitor these and related developments, and attempts to encourage their responsible use and effective societal governance. Many of the following issues inevitably blend into each other, but here is a brief overview of the most important biopolitical developments of 2016, roughly grouped by topic:

The UK’s Human Fertilisation and Embryology Authority (HFEA) released a report based on its scientific review of the procedures, and rejected the male embryo limitation. The HFEA will consider approving 3-person IVF for clinical use on December 15.

In May a phenomenon was discovered that might prove to be a roadblock to using 3-person IVF to prevent the births of children affected by mitochondrial disease. The issue is that at least in some cases, carried-over “faulty” mitochondrial DNA (mtDNA) multiply faster than donor mtDNA, eventually taking over the donor egg and thus defeating the purpose of the risky procedure.

In the last quarter of 2016, the world witnessed a series of shocking developments in multinational rule-evasion surrounding 3-person IVF, with the first child born in Mexico to dodge the ongoing regulatory process in the US. Other pregnancies were subsequently reported around the world (see here and here). The clinic that delivered the first baby in Mexico has reported plans to use 3-person IVF in 20 pregnancies in the first half of 2017.

Within a few short months, we have seen a slippery slope unfold right before our eyes from use of the experimental technique to prevent the births of children with mitochondrial disease to its use to treat infertility.

In April, researchers in China attempted to enhance nonviable embryos with limited success. Another team in Sweden was revealed to be working in the same area, but on viable embryos. The UK authorized gene-editing experiments on potentially viable embryos, to be destroyed after seven days of development. Later in the year, scientists in the UK urged extending the legal limit of experimental development of human embryos from 14 to 28 days, which may be considered next year.

This and other gene-editing debates, particularly including those around human germline modification, percolated through the press. This collection of magazine covers makes the stakes of the controversy clear. The Spectator, a British publication, was perhaps the bluntest: Its cover announced that “Eugenics is back.”

Given the magnitude of its consequences, it’s no surprise that we saw heated debate in the news media about the prospect of human gene editing for reproduction. Key 2016 articles and commentaries, and the year’s Biopolitical Times posts on the topic, are collected on the CGS website resource page about human germline editing.

The National Academies of Sciences’ committee on human gene editing held several public meetings this year, and publication of its “consensus study” is expected early next year. In the UK, the Nuffield Council issued Genome Editing: an ethical review, which is likely to be useful resource for future discussion.

The battle over Crispr patents provided a side-show throughout the year. Time magazine tactfully lumped “the Crispr pioneers” together on its short list for Person of the Year (which went to Trump). The legal decision may come next year.

Meanwhile, at the end of the year, a new scientific report pinpointed multiple anomalies that lead to the long-documented failure rate of clones, specifically in cows. This understanding might possibly lead to improvements (not immediately) but the authors stressed “the need for a strict ban on human cloning for any purposes.” 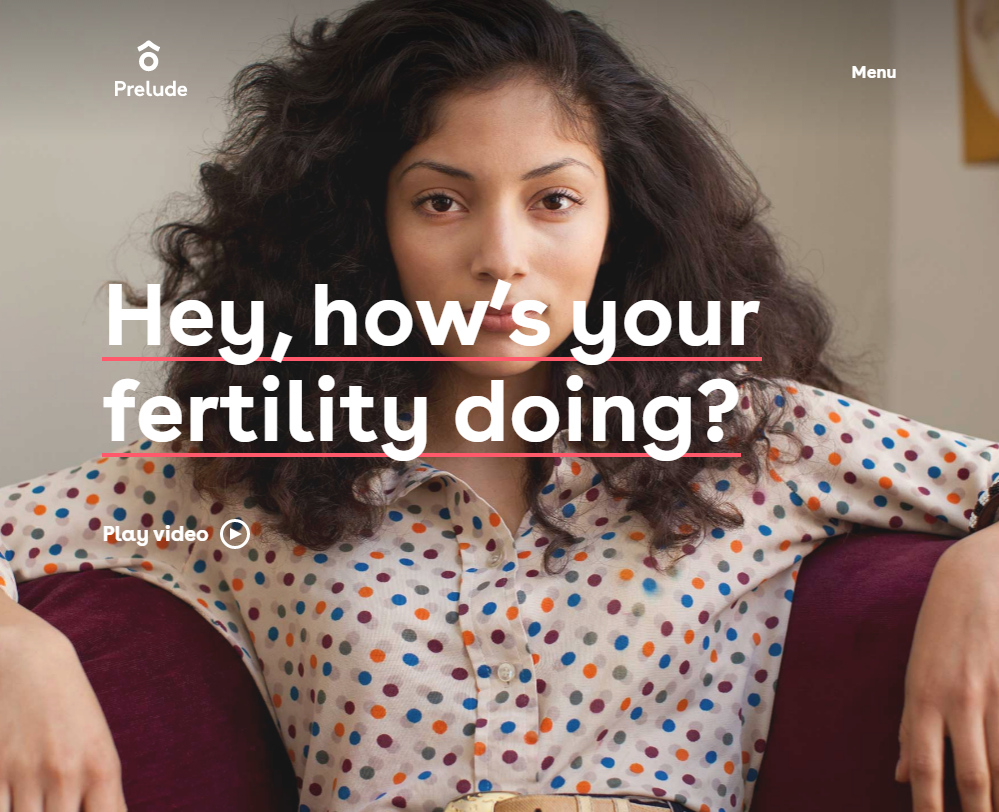 The risks and realities of egg retrieval procedures seemed to attract a bit more media attention this year, though the stories in two top US newspapers ran with headlines in the form of questions: Do women who donate their eggs run a health risk? in The Washington Post and Should young women sell their eggs? in The New York Times. Both stories mentioned the organization We Are Egg Donors, profiled here, along with other prominent critics, some of whom issued their own call to protect the health of women undergoing egg retrieval. A sharp increase in serious short-term complications of egg retrieval in the UK, where such data is at least collected, also made news.

Health risks are, of course, a concern whether the eggs being harvested are destined for the provider’s own pregnancy attempt, for donation or (far more often) sale to someone else, or for the freezer. The push for egg freezing continued apace in 2016, with slicker marketing  and dedicated cocktail parties by start-ups in the US and public subsidies in Japan in a misguided effort to boost its falling birth rates. Debate about the risks and effectiveness of egg freezing also persisted. On the distribution side of the business, freezing means that eggs are now part of a “hidden global supply chain” that also includes frozen sperm and embryos.

Additional demand for eggs came from researchers who want them as raw materials for their work. In California, researchers can reimburse women for expenses related to the retrieval procedure, but can’t pay them beyond that. A repeat attempt to overturn that rule, sponsored by the fertility industry, failed again this year after indications that Governor Jerry Brown would again veto the bill, and in the face of opposition by CGS and other social justice organizations. 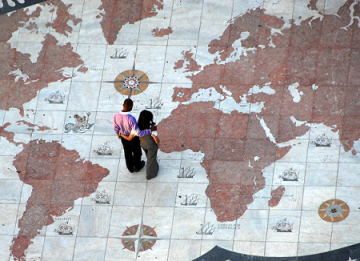 While it’s no longer news that contract pregnancy is a global phenomenon and a booming transnational business, headlines about the twists and turns of commercial surrogacy continue to appear. One media theme in 2016: the shifts in the laws of several countries that have decided to resist the spread of cross-border commercial surrogacy. At the beginning of the year, the global surrogacy industry began moving into Cambodia after prohibitions or restrictions were established in India, Nepal, Thailand, and Mexico. Before long, headlines began remarking on the Dwindling Options for Surrogacy Abroad; by year’s end, Cambodia too had banned commercial surrogacy.

Another major media focus featured disputes among parties to surrogacy arrangements, and scandals of varying types and magnitudes. One of this year’s stories – headlined Surrogate mother who sold same babies twice sentenced for fraud – was about a French woman who told one set of commissioning parents that the child she had been carrying for them was stillborn, and made a deal for the baby with other parents. Another case pit a 47-year-old woman pregnant with triplets against their intending father who said he couldn’t afford to raise three children, mixing the politics of abortion into the controversy about commercial surrogacy. Other accounts surfaced about children born via surrogacy who have been abandoned by commissioning parents because of what some news coverage called “defects,” echoing 2014 headlines about “Baby Gammy.”

Media reports about inter-country surrogacy as a lucrative business, or about the financial implications for those involved, were less common. A couple of stories did note the spike in demand for surrogacy in the US and in Japan by wealthy Chinese couples after China lifted its one-child policy. Another presented evidence that many Indian women who have worked as surrogates to improve their family’s standard of living wind up with “little to show for their efforts.”

All of these issues and more were discussed this year at a number of reproductive rights and justice meetings, including the Baby Markets 10th Anniversary International Congress, Making Families: Transnational Surrogacy, Queer Kinship, and Reproductive Justice, and Inter-country medically assisted reproduction: Conceiving a human rights ethic of care.

For a while, this seemed to be the year in which stem-cell scams finally got the attention they deserved, thanks mostly to stem-cell researcher Paul Knoepfler and bioethicist Leigh Turner of UC Davis and the University of Minnesota respectively. They identified 570 clinics around the country, most of which were selling unapproved procedures. The initial media reaction was shock, and there was some hope that the FDA would enforce strict new guidelines.

Unfortunately, the “21st Century Cures Act,” which President Obama signed into law on December 13th, was a major blow to the FDA’s system of clinical trials, and the Trump administration seems likely to promote “use at your own risk” treatments.

President Obama, who in his 2015 State of the Union proposed a Precision Medicine Initiative, in his 2016 message announced a Cancer Moonshot, inspired by Vice President Biden, whose son died of brain cancer. With unusual swiftness, a Task Force was created, headed by Biden, and produced an ambitious report. The recommendations in the report were largely funded by the 21st Century Cures Act.

Big data is an important part of these initiatives, and federal funding is beginning to flow. How effective personalized medicine will be remains somewhat open to question, both scientifically and because people are, well, cantankerous: studies are beginning to show that gene testing does not much influence behavior.

Saving the worst for last, 2016 saw a serious proposal for “HGP-Write” — the creation of a human genome from scratch. This was most thoroughly discussed at a closed-door, invitation-only meeting at Harvard in May that turned out to be something of a public relations disaster. But this work is certainly progressing, and it would not be surprising if some of the funding were secret.