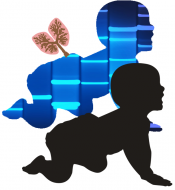 Rumors have been circulating since 2014 about various research teams around the world applying the genetic engineering tool CRISPR-Cas9 in human embryos. Surprisingly, only two experiments have been officially reported in scientific journals—both of them in nonviable embryos incapable of being used for reproduction, and both out of Guangzhou, China.

On September 22, NPR’s Rob Stein reported an exclusive look inside the Karolinska Institute in Sweden at ongoing but previously undisclosed work using CRISPR in viable human embryos. Stein had traveled to Stockholm to interview researcher Fredrik Lanner and his colleagues about their program of injecting CRISPR into viable human embryos to “knock out” genes potentially linked to early development. NPR quoted CGS executive director Marcy Darnovsky who cautioned:

It's a step toward attempts to produce genetically modified human beings. This would be reason for grave concern. … If we're going to be producing genetically modified babies, we are all too likely to find ourselves in a world where those babies are perceived to be biologically superior. And then we're in a world of genetic haves and have-nots...

The next day, Hank Greely, director of the Center for Law and the Biosciences at Stanford University, told Eric Niiler in Seeker that there is “good valid medical use” for basic scientific research using CRISPR in embryos, but followed that with a warning:

Still, Greely acknowledges that some scientists or the public might say that the Swedish experiment could be an ethical "slippery slope" toward a gene-edited human. “Even if you don't intend to, it makes it easier for someone else to do it,” Greely said.

Rogue actors: “Bioethics, get out of the way”

While many scientists, scholars, legal experts, and public interest advocates oppose using human gene editing for reproductive purposes, others question why anyone would dare stand in the way. There are longer and shorter answers. Our knowledge of both CRISPR and genetics/genomics is poor—not  just on its own terms, but also in relation to other spheres of knowledge, particularly the ways in which they each interact with evolution, environments, public health, and social justice. For the foreseeable future, it would be reckless for a scientist to implant CRISPR-injected embryos for pregnancy not only because of serious safety concerns, but also in terms of democratic governance—especially given the select echelons to which most of the debate is currently restricted, and the range of social and political threats that genome editing poses to the human species.

What are the oversight and controls to prevent this technology from being misused and go to a stage that, for now, the scientific community has agreed is a no-go?

In the italics (added) above, Isasi refers to the concluding statement from the International Summit on Human Gene Editing in D.C. in December 2015, in which the organizing committee argued:

It would be irresponsible to proceed with any clinical use of germline editing unless and until (i) the relevant safety and efficacy issues have been resolved…and (ii) there is broad societal consensus about the appropriateness of the proposed application.…any clinical use should proceed only under appropriate regulatory oversight.

Ensuring that researchers work within the bounds of existing national and international prohibitions against heritable genetic modifications in early human cells can be difficult when: (1) commercial and reputational incentives interfere, and (2) rogue scientists exploit basic research for socially and scientifically unsafe ends. Isasi noted in Seeker that the Karolinska Institute has been the venue of an ongoing controversy involving Paolo Macchiarini, a stem cell researcher whose implants of artificial trachea into people led to deaths between 2012 and 2014. Isasi asked:

How did they supervise that [artificial trachea] research, which makes me wonder, what mechanisms were in place to oversee this (gene-editing) proposal [?]

Concerns about end runs or misbehavior by individual scientists have recently grown. On September 27, the news heard ‘round the world was that a fertility doctor based in New York City went to Mexico to use scientifically controversial mitochondrial manipulation techniques to produce a child from an embryo engineered from the DNA of three people. New Hope Fertility Clinic’s John Zhang will take the stage and present the methods used to produce this “three-parent baby” at the upcoming conference of the American Society for Reproductive Medicine, the trade organization for fertility practitioners. The scientific portion of the annual meeting this year is aptly titled: "Scaling New Heights in Reproductive Medicine". It will be instructive to see whether Zhang is met with applause for his “disruptive” and “innovative” foray, or whether his colleagues will criticize the ways he short-circuited public policy and democratic discussions of emerging biotechnology regulations.

Clear boundaries - for some

In an interview with Paul Knoepfler, Lanner noted the existing Swedish policy against using modified embryos for pregnancy:

Swedish law is clear that genome editing is only allowed within the first 14 day[s] as long as the embryo is not transferred back for a continued pregnancy. This means that heritable genome editing for clinical purposes would not be allowed in Sweden. The clear legislation has been key in us moving ahead with these plans…. I’m actually pretty skeptical that the technology will be used for genome editing in the early embryo anytime soon.

The situation in China is different. While that country has regulations that would technically ban gene-edited embryos being used for pregnancy, it is unclear whether these regulations are enforced. On September 24, news emerged out of China that a CRISPR testing facility for genetically modified animals was under scrutiny for “faking inspection records and using students instead of certified technicians to conduct tests.” The testing center was established by the Chinese Academy of Agricultural Science, whose website lists partners including the Gates Foundation and UC Davis. It is a subsidiary of the Chinese Academy of Science which co-sponsored last December’s International Summit on Human Gene Editing with the U.S. National Academies and the UK’s Royal Society. Chief researcher Huang Dafang noted:

The incident has exposed management problems of some similar institutes, and serves as a warning…

Where does that leave the U.S.?

Many across the spectrum of opinion have noted the alarming speed with which CRISPR is being applied in research labs, including to human embryos, outside public scrutiny. Absent consistent laws or guidelines, many are concerned that rogue researchers may conclude that it is “safe enough” to implant edited embryos for pregnancy.

Given the competitive pressures in the world of science, the commercial incentives to be “first to market,” and the forum-shopping inherent to today’s biomedical enterprise, the “three-person IVF” child born in Mexico is a cautionary tale. Someone, somewhere could soon decide to try for a CRISPR baby. We should aim to protect future children from being born stripped of their privacy and guaranteed a life of medical display and tracking that was justified on their behalf to service goals like parental genetic connection.

We need a federal ban on any private or publically funded research aimed at clinical tests of human germline interventions and specifically against the use of gene-edited human germ cells in assisted reproduction. We also need an international conversation on how to pressure the biomedical sector in a range of political contexts to stay away from the human germline.

Some scientists are taking a DIY coronavirus vaccine, and nobody knows if it’s legal or if it works

Preston Estep was alone in a borrowed laboratory, somewhere in Boston. No big company, no board meetings, no billion-dollar payout from Operation Warp Speed, the US government’s covid-19 vaccine funding program. No animal data. No ethics approval.