3-person IVF and Infertility: What Kind of Slippery Slope is This? 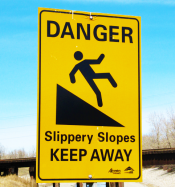 On September, 27, 2016, news broke that NYC-based fertility doctor John Zhang and his team had delivered a baby the previous April that they created using a controversial mitochondrial manipulation technique, also known as 3-person IVF, that results in an embryo with DNA from three people. The baby was born in Mexico in order to avoid US regulation, as Zhang explicitly admitted. Despite the multiple violations of medical ethics involved, the media craze that followed largely heroized Zhang, depicting him as a doctor altruistically seeking to prevent the transmission of mitochondrial disease.

The prevention of mitochondrial disease has been the core justification cited all along for permitting these controversial, high-risk techniques that represent a form of inheritable genetic engineering, also known as human germline modification.

On October 10, news broke that Valery Zukin, a fertility doctor at the Nadiya Clinic in Kiev, Ukraine, had used 3-person IVF not to lower the risk of mitochondrial disease, but as a treatment for infertility.

The media in this case was surprisingly quiet, perhaps because Zukin had supplied no published evidence of his claim, although the BBC did publish a somewhat critical piece entitled “3 person baby ‘race’ dangerous.”

On October 19 Nature News reported a claim that yet another baby conceived using some kind of mitochondrial manipulation technique has been born, this time in China. A paper is said to be under review at another journal.

What kind of slippery slope is this? It’s been clear from the beginning of the controversy surrounding 3-person IVF that it would be difficult to control its commercial uses beyond disease prevention. This is especially true when it comes to introducing  these genetic manipulation techniques into the multi-billion-dollar global fertility industry, a venture that could be extremely lucrative for all involved.

To what extent has anticipation of this possibility been part of the story from the start? While we can’t know for sure, here are several points that might help make this connection:

CGS and others have criticized moving forward with 3-person IVF, even to prevent the transmission of mitochondrial disease, because of the unknown health consequences for resulting children and future generations, because safer options for forming families are already available, and because permitting mitochondrial manipulation in humans could open the door to other forms of human inheritable genetic modification. Throughout the policy considerations in the US and the UK about these techniques, the notion that they would be taken up as a treatment for infertility has been downplayed as unlikely or even fanciful. Yet here we are. When fame and fortune come into play, the slide can become very slippery indeed.

In a meeting with constituents last week to discuss plans to reduce the region's drug problem, Republican...

While the prospects of codifying Roe v. Wade into federal law face high hurdles, Democrats on Capitol Hill are pushing for protections of fertility treatments like in vitro fertilization (IVF), which involves the fertilization of multiple eggs. Sens. Patty Murray...

“Time is quickly running out for me,” writes a man in his mid-30s whose...