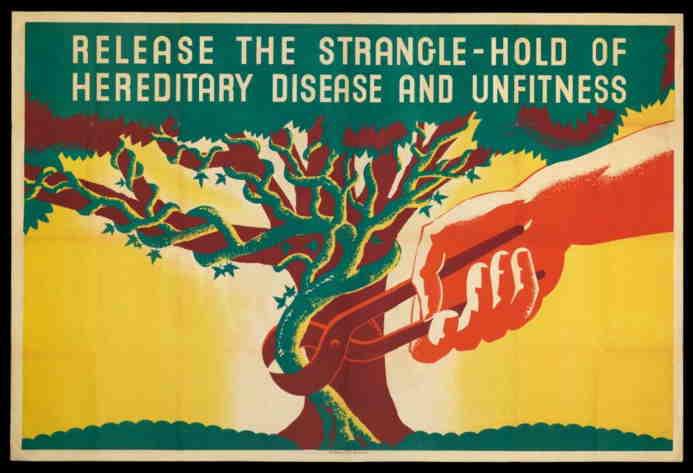 On a Saturday afternoon in May, Payton S. Gendron shot 13 people, almost all Black, at a supermarket in Buffalo, killing 10. This was hardly an isolated incident: It was one of over 200 mass shootings so far this year. Only 10 days later, at least 21 people died in a school shooting at Uvalde, Texas. That killer was apparently a lonely, bullied 18-year-old with a history of violence. Something similar may be true of the 18-year-old killer in Buffalo, who reportedly considered himself an outcast and had few friends. One significant difference between them is that Gendron offered a supposedly scientific rationale for his actions.

In a substantial “manifesto” on the web (since removed from public access), the Buffalo killer spelled out his political agenda. He is a white supremacist inspired by the “great replacement” theory that white Americans are being overrun by people of color. This too is part of a pattern. More than a quarter of his 212-page screed was, by all accounts, plagiarized from one — titled The Great Replacement — issued by another terrorist, who killed 51 people at a pair of mosques in Christchurch, New Zealand in 2019.

The New Zealand killer refers to “genes being bred out of existence through miscegenation and differing racial birth rates” (p. 62) but never mentions any particular research. Gendron, however, explicitly cites peer-reviewed, published science. This was particularly alarming to many scientists, including Kevin Bird, who immediately tweeted, in a thread later unrolled:

In case you wonder why I spend so much time harping on genetic determinism & race science, I’ve just heard the shooter’s manifesto directly referenced behavioral genetics work on IQ/Edu GWAS and violence being heritable as well as race/IQ research from JP Rushton & Richard Lynn

Genome scientist Jedidiah Carlson noted (as did others, some approvingly, most not) in a detailed and important thread how genetics research gets appropriated and integrated into white supremacist ideologies. Specifically:

He also explained that:

Scholars have been criticizing the IQ research to far-right pipeline for 50+ years, and things have arguably gotten much worse, exacerbated by social media and increasing political polarization … If scientists aren’t even the loudest voice in the room discussing their own research, this is a massive, massive problem. If you study socially sensitive topics, defend your work!

Science journalist Megan Molteni, in a long review published in STAT, summarized the reactions of several scientists who were “horrified” to see their work cited: “It’s a complete and total distortion in so many ways,” said Daniel Benjamin, a co-founder of the Social Science Genetic Association Consortium (SSGAC). Funded by governments and foundations, SSGAC “coordinates genetic association studies for social science outcomes” and was understandably appalled by “a premeditated hate crime against the Black community”:

We're heartbroken to see that a paper authored by the SSGAC is one of the papers grotesquely mischaracterized as evidence for white genetic supremacy. We reaffirm none of our research shows that genes cause racial disparities …

Still, research doesn't exist in a vacuum. Researchers have a responsibility to consider how they present their findings to the scientific community and the world.

Eric Turkheimer, a psychologist at the University of Virginia, told Molteni:

This research is playing with dynamite. If you so much as hint that we understand how genes affect brains in ways that make people more educable, that is going to get picked up by really bad actors.

So how should well-meaning geneticists and other scientists approach dynamite-analogous research?

This is not a new question; rather, it falls within a long and contentious history. Dorothy Roberts, for example (a member of the CGS advisory board), published has for many years been explaining how the “myth of race” has infected genetic science and needs to be confronted. Harriet Washington, the author of the award-winning Medical Apartheid, continues to campaign to raise awareness of the history of racism in science. The 1619 Project developed by The New York Times demonstrated the centrality of slavery to the American story, and provoked a considerable controversy.

On the other hand, the recent Conservative Political Action Conference (CPAC), held in Viktor Orbán’s Hungary, doubled down on the claim that there is a concerted effort underway to “replace” the white majorities of countries in Europe, North America and elsewhere with nonwhite immigrants. Also, we should not forget the misogyny that remains entrenched within the “replacement” theory, reinforced by the apparent intention of the Supreme Court to invalidate abortion: Those white women must do their duty and produce better babies.

By coincidence, The New York Review of Books issue dated June 9th includes a long and somewhat vituperative exchange, primarily between Kathryn Paige Harden, author of The Genetic Lottery, and M.W. Feldman and Jessica Riskin, who reviewed the book critically in the April 21 issue, under the title “Why Biology Is Not Destiny.” Three other letters take varying positions. (Biopolitical Times published a review last year that substantially agrees with Harden’s critics.) Harden is clear that she wants “to avoid the evils of eugenics,” while Feldman and Riskin retort that “while disavowing essentialist, racist, and eugenic notions she affirms a new version of the old illogic that has long supported them.”

Notably, the term “eugenics” is used by Harden almost entirely as historical, describing a past to which we should not return. In this, she has some good company. Many people have pointed out that the Immigration Act of 1924 was clearly inspired by eugenics and promoted by eugenicists, as was the Better Babies movement. Yet there seems to be some reluctance in this modern era to call modern eugenic advocacy by that name, even though both restrictions on immigration and “improvements” to babies are being promoted again now, just as they were a hundred years ago. With the rise of “great replacement” theory, isn’t it time to recognize a resurgence or revival of old-fashioned eugenics?

The Buffalo shooter’s manifesto insists that he is an “anti-semite,” even if he is anti-Black and anti-immigrant first: “Why attack immigrants when the Jews are the issue? … They can be dealt with in time.” In this, he echoes many white supremacists: The rioters in Charleston in 2017 famously chanted “Jews will not replace us.” Today’s young fascists are of course throwbacks to an era before eugenics became the unacceptable concept it has been in polite society for some eighty years now. But the mindset has not gone away.

Eugenics was always fundamentally based on ranking people by their perceived value. It has generally targeted people with disabilities, LGBTQ+ people, and members of non-white racial, ethnic, and religious groups; it has also been invoked to discriminate, often viciously, against anyone different than some poorly defined ideal. Modern developments in genetics and related technologies have led to dubious commercial efforts to encourage and sell embryo selection for purported “better” genetic makeup, with prospects of actually modifying embryos for genomes à la carte. The term techno-eugenics was coined to describe a technological version of an old and pernicious belief in the stratification of humanity.

There are important differences between “old” and “new” eugenics. But the continuities are strong, and we dismiss or diminish them at considerable peril. There is a lot of work to be done.