Trying to Bridge the Gap Between Science and Racism
By Pete Shanks | 09.15.2021
Biopolitical Times 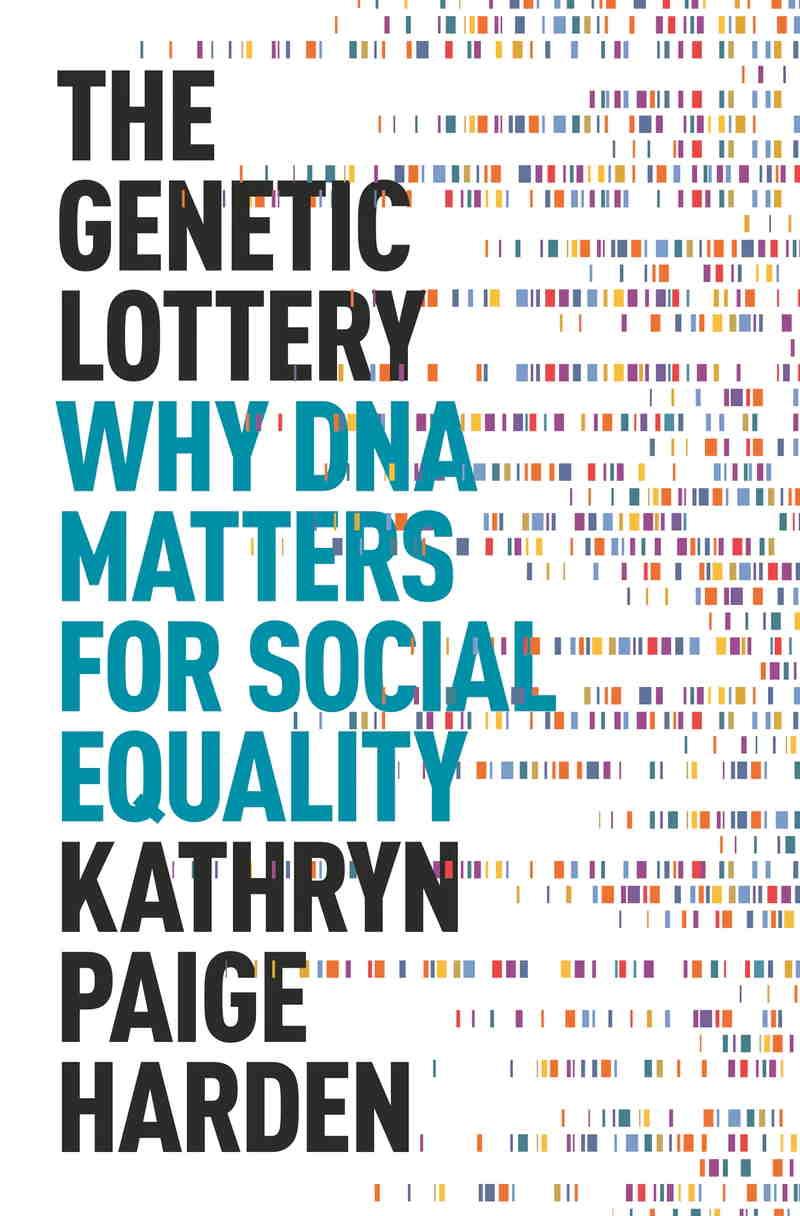 Kathryn Paige Harden is well on her way to notoriety, or possibly fame, and perhaps riches. A long article about her in the current New Yorker and an interview in The Guardian both promote her book, The Genetic Lottery: Why DNA Matters for Social Equality, which Princeton University Press will publish next week.

Harden is a professor of psychology at University of Texas at Austin, where she leads the Developmental Behavior Genetics lab and co-directs the Texas Twin Project. Like other behavior geneticists, in the New Yorker’s words, she “investigates the influence of genes on character traits (neuroticism, agreeableness) and life outcomes (educational attainment, income, criminality).” In particular, she focuses on the use of polygenic scores, the combined effects of many different genes, the analysis of which is extremely controversial. Her new book seeks, as she has for several years (we noticed), to promote a “middle ground between ‘let’s never talk about genes and pretend cognitive ability doesn’t exist’ and ‘let’s … pander to a virulent on-line community populated by racists.’”

Unfortunately, as a West Texas farmer told Jim Hightower almost 40 years ago, there’s nothing in the middle of the road but yellow stripes and dead armadillos. The stripes are useful and the shelled mammals interesting but Harden’s efforts have the potential to be extraordinarily harmful.

The New Yorker piece, by staff writer Gideon Lewis-Kraus, is titled and subtitled:

Can Progressives Be Convinced That Genetics Matters?
The behavior geneticist Kathryn Paige Harden is waging a two-front campaign: on her left are those who assume that genes are irrelevant, on her right those who insist that they’re everything.

It’s a 7500-word puff piece — “Harden is the sort of person who seems accompanied by a perpetual breeze” and “Harden’s political optimism is tempered by a serene personal realism” — but that’s not her fault. She comes across as gifted, sincere, and somewhat insensitive to the realities of life in modern America for many people. This tiny anecdote seems telling:

She received paid summer fellowships in rodent genetics, and found that she preferred the grunt work of the lab bench to the difficult multitasking required by the jobs in waitressing and retail to which she was accustomed.

Harden identifies as a liberal but there is something touchingly naïve about her insistence that individuals are equally valuable, just different, and society should recognize this and comfort the afflicted out of the goodness of our hearts.

There has already been pushback, notably an excellent 15-tweet thread from Jay Joseph, long a critic of behavioral genetic research, and especially of claims about polygenic scores. His conclusion, lightly edited from Twitter-speak:

Both “left” and “right” behavioral genetics are supported by the field’s crumbling pillars, all based on false assumptions: twin studies (reared together or reared apart), adoption studies, heritability estimates, polygenic scores, & model fitting. Harden’s book is based on these false pillars.

A substantial review from Steve Pittelli at Unwashed Genes matches his 2018 critique of Harden’s New York Times Op-ed. Stuart Newman pointed out that even the New Yorker article recognizes that polygenic scores remain poor predictors of individual outcomes. He also noted concisely that the whole argument is based on false premises, such as:

Ruha Benjamin has been a consistent critic of Harden, as has CGS Advisory Board member Dorothy Roberts, who is quoted in the New Yorker:

“There’s just no way that genetic testing is going to lead to a restructuring of society in a just way in the future—we have a hundred years of evidence for what happens when social outcomes are attributed to genetic differences, and it is always to stigmatize, control, and punish the people predicted to have socially devalued traits.”

Harden is emphatic about her opposition to 1920s-style eugenics, but seems to misunderstand what it was, apparently misses its resurgence as authoritarian populism sprouts around the world, and completely fails to understand modern techno-eugenics. She told The Guardian that “the core idea of eugenics is that there is a hierarchy of people who are inferior or superior that is rooted in biology and that inequalities are justified on that basis.” That is, at best, a partial and misleading definition. Old-fashioned eugenics was not just about keeping the proletariat in their place, it was about removing — by sterilization or murder — the “inferior” from society. Modern eugenicists largely ignore their “inferiors” except to exploit them, and the economic trends have been getting worse for more than a generation. If she really wants to improve the lot of the majority, she should stop attacking those she says should be her allies and start listening to them.