How to Watch the Biggest Science Story of 2017 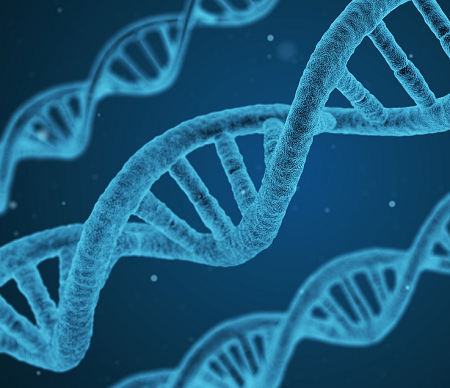 Less than three weeks into the new year, gene editing is already set to be one of the biggest stories of 2017.

CRISPR, the latest gene-editing tool, allows scientists to make changes to DNA faster, cheaper, and easier than ever before. There has been an explosion in the number of researchers using this technique over the past two years, and the coming year is sure to see more.

Media coverage of gene editing is also likely to be extensive. And if past experience is a guide, it will include lots of hype and ample confusion. In an effort to provide clarity, here are three key points to watch out for.

The first 3-person in vitro fertilization (IVF) (aka “mitochondrial replacement”) birth was reported in September, where a baby with DNA from three people was delivered in Mexico by a New York-based fertility doctor seeking to avoid US regulation. Since then, there has been a tendency in the media to conflate the technique with gene editing.

While both germline gene editing and 3-person IVF are technically forms of human germline modification, or the genetic modification of human reproductive cells or embryos, they are completely different procedures.

Gene editing removes, inserts, and/or replaces nuclear DNA sequences in a living organism. Human germline gene editing means changing the nuclear DNA of a human egg, sperm, or embryo. The prospect of using genetic engineering for the purpose of controlling which traits are passed down to future generations has long raised major concerns worldwide. Foremost among these are that 1) this would have unalterable and largely unpredictable biological effects on resulting children and their future offspring; and 2) this would have disastrous social consequences if, as many believe, engineering genes thought of as “superior” exacerbated existing forms of inequality and discrimination.

By contrast, 3-person IVF refers to a range of techniques that don’t alter DNA sequences at all. Instead, they take apart and recombine fragments of reproductive cells in a process that is actually more similar to cloning than to gene editing. The primary goal of 3-person IVF is to prevent the transmission of a small subset (about 15% of cases) of mitochondrial disease, which can be passed from mother to child. In these cases, it is caused by mutations in a cell’s mitochondria, numerous organelles outside of the cell’s nucleus that have their own set of genes. 3-person IVF works not by transferring mitochondria, as the misnomer “mitochondrial replacement” implies, but by transferring the nucleus of an intending mother’s egg (or the nucleus of a fertilized embryo) into a mitochondria-rich donor egg that has had its nucleus removed. Inheriting nuclear DNA from the intending mother and father, and mitochondrial DNA from the egg provider, the child would thus be genetically related to three people. If that child were female, all future offspring would also inherit the changes.

As I’ve written before, 3-person IVF leads us down a slippery slope toward  a wider acceptance of germline gene editing for reproduction. One way to avoid this risk is by recognizing that the two procedures are completely different.

individual’s non-reproductive cells in order to treat an existing medical condition. A major concern about using somatic gene editing to treat diseases is ensuring the procedures are safe, effective, and accessible. Earlier attempts at gene therapy, using older genetic engineering techniques, were largely unsuccessful, and, in the well-known case of Jesse Gelsinger, caused a tragic and unnecessary death.

A second often-overlooked distinction is the different ways germline gene editing is used: for research or for reproduction.

The Newsweek article is one of a number of instances in which these distinctions have been blurred in the media. Making them clear is crucial to public understanding of the medical, policy, and social implications involved.

Several recent articles emphasize that scientists do not yet understand enough about the human genome to begin creating so-called “designer babies,” or children whose genes have been changed to “enhance” them physically or behaviorally (see here,  here and here). While this is true, it does not mean that there’s nothing to worry about, or that concern about inheritable genetic modification is a “sideshow” in the CRISPR debate, as Vox recently stated.

As Rob Stein at NPR notes, “The concern here is that if you [edit the DNA of human embryos] for medical research, what’s to stop other scientists to try to do it for other reasons, like, for example, to try to create designer babies that are taller or smarter or better athletes?”

Stein adds that “the concern is that this could open the door to someday creating genetic haves and have-nots.”

This has been a serious concern since inheritable genetic engineering was first imagined. With recent advances in gene editing, it’s true now more than ever. The fast-moving, commercially motivated nature of CRISPR technology means that a world where the affluent can afford genetic “enhancements” is an uncomfortably real possibility. Combined with reporting that most scientists think “editing embryos will probably be a clinical option one day,” broad societal debate about human gene editing and its implications for the future of humanity is urgently needed.

In a world where technologies such as CRISPR have the power to exacerbate social inequalities in unprecedented ways, it is essential that the public understand the nuances of this emerging technology in order to make informed decisions about what we do or do not want for our future. Gene editing for reproduction is a social and political matter, not just a scientific one, and there is simply too much at stake to move forward without broad inclusion of the wider public.

The secret history of Britain’s universities and eugenics

Every so often in Britain, eugenics is accused of making a comeback. Recently, the Black Lives Matter movement has drawn attention to the harmful lasting impact of Britain’s colonialist figures, shocking those who assumed that white supremacy had been left firmly in...

Endorsements: Vote NO on Props 14 and 23

The November general election ballot includes two statewide propositions that address health issues. Proposition 14 asks voters to extend the life of the California Institute for Regenerative Medicine (CIRM) with the passage of a $5.5 billion bond and Proposition 23...

No one is more important to the history of environmental conservation than John Muir — the “wilderness prophet,” “patron saint of the American wilderness” and “father of the national parks” who founded the nation’s oldest conservation organization, the Sierra Club....