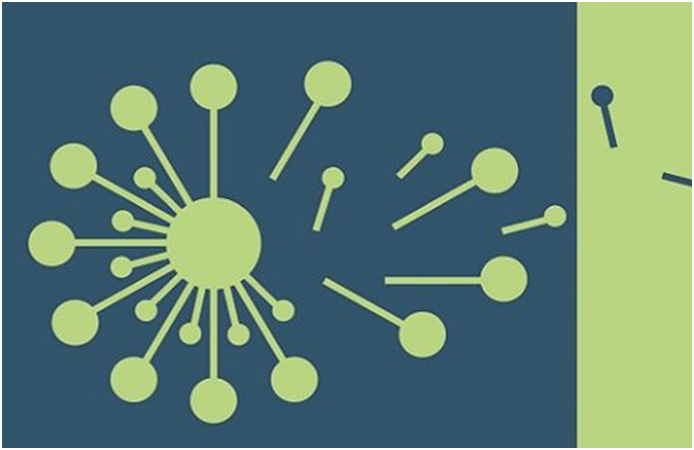 On July 17, the UK’s Nuffield Council on Bioethics released “Genome Editing and Human Reproduction: Social and Ethical Issues.” The nearly 200-page report wrapped up several years of work for the ethics think tank that began with their initial 2016 inquiry into human genome editing and included a heavily criticized public consultation process in 2017. The report’s main conclusion regarding human germline modification was that it “could be ethically acceptable in some circumstances.” Karen Yeung, chair of the working group that drafted the report, was quoted as saying: “It is our view that genome editing is not morally unacceptable in itself. There is no reason to rule it out in principle.” This implicit endorsement contradicts the longstanding international consensus that heritable genetic modification should not be permitted, although it does seem in line with a recent drift towards greater acceptance of germline editing among some scientists and ethics professionals. (Read more in the CGS press statement about the report.)

The report outlined two conditions for determining the acceptability of germline editing: When it is “intended to secure, and is consistent with, the welfare of a person who may be born as a consequence of interventions using genome edited cells” and when it is “consistent with social justice and solidarity, i.e. it should not be expected to increase disadvantage, discrimination, or division in society.” As critics have noted, however, these “bioethics-lite” caveats are both contradictory (as when parents enhancing children to secure their “best possible” start in life would almost certainly “increase disadvantage, discrimination, or division in society”) and so vague as to be almost meaningless.

Diverging from the recommendations of other recent reports, position statements, and guidelines, the Nuffield report admits that reproductive germline editing can’t be considered therapeutic, as there is no sick patient being treated. Further, they note that the distinctions between treatment and enhancement, and between basic and clinical research are blurry and cannot be the basis for regulation.

While most see these points as further evidence that reproductive germline editing should not be allowed, the Nuffield Council sees nothing in these points that should prevent its use. As Marcy Darnovsky noted in a quote in The Guardian:

They acknowledge that this may worsen inequality and social division, but don’t believe that should stand in the way. In practical terms, they have thrown down a red carpet for unrestricted use of inheritable genetic engineering, and a gilded age in which some are treated as genetic ‘haves’ and the rest of us as ‘have-nots’.

News coverage of the report reflected a wide range of interpretations and reactions to the report. The BBC stated that the report found "no absolute reason not to pursue" germline editing for reproduction, while The Guardian reported that the "creation of babies whose DNA has been altered to give them what parents perceive to be the best chances in life has received a cautious green light.”

Writing in The Guardian, CGS Executive Director Marcy Darnovsky argued forcefully that “The Nuffield Council on Bioethics has given its blessing to an unneeded and societally dangerous biotechnology” through a set of recommendations that “flies in the face of a widespread global agreement that heritable genetic modification should remain off-limits.” She asks, “Haven’t we been down the path of biologically defined hierarchies before? In a world plagued with obscene inequalities, in a time of resurgent racism, is this the road we want to travel?”

Other critical reactions were equally forceful. Dave King, of the UK’s Human Genetics Alert, gave this quote to the BBC:

This is an absolute disgrace. We have had international bans on eugenic genetic engineering for 30 years. But this group of scientists thinks it knows better, even though there is absolutely no medical benefit to this whatever. The Nuffield Council doesn't even bother to say no to outright designer babies. The people of Britain decided 15 years ago that they don't want GM food. Do you suppose they want GM babies?

The absolute folly of opening the door to new forms of high-tech eugenics, in a world already wracked with inequality and conflict, is self-evident to world leaders and to the average person on the street. We can and should draw firm lines between the many benign, beneficent uses of genetic technology and those pernicious uses that would divide humanity against itself.

Commentary from gene editing proponents branded the widespread critique of the report as “fear” that might block gene editing’s potential benefits for society. Julian Savulescu, writing on his blog, used the report as an opportunity to retread his arguments about parents’ moral obligation to edit their children’s genomes.

Below are a few more notable responses to the Nuffield Council’s report.

Donna Dickenson, Emeritus Professor of Medical Ethics and Humanities at the University of London, who consulted on the Council’s previous report, called the current conclusions a “dangerous lapse in medical ethics” in her commentary on Project Syndicate:

Simply put, I don’t believe the recommendations adequately consider all the ethical or medical risks of manipulating heritable genes. Nor do I think the report gives sufficient weight to the question of whether sufficiently strong safeguards ever could be put in place to prevent the technology’s misuse.

The biological and social hazards of the GMO human enterprise extend beyond political arrangements and should be stopped in its tracks.

Paul Knoepfler, UC Davis stem cell scientist and critic of reproductive germline editing, called the report “problematic overall.” In his blog post, he noted the unfortunate coincidence of the report's release on the same day that new research documented significant damage caused by CRISPR gene editing. He said of the report:

There’s an aspirational undertone to their report that suggests they have placed too much emphasis on hypothetical potential benefits and haven’t weighted the range of risks sufficiently.

Writing in BioNews, Calum MacKellar elaborated on a range of ethical questions the report seemed not to consider or sufficiently address, concluding that these omissions undermined the report's recommendations:

Based on the above dangers to the absolute equality of value and worth of all persons in a civilised society, it is impossible to see any occasion when heritable genome editing could ever be acceptable or permitted by legislation. Indeed, a compassionate civilised society is one that offers unconditional acceptance of the deeply suffering, as well as the deeply contented child. It is one that learns to welcome all possible future children as equally valuable.

In The Independent, Felicity Boardman leveled a strong disability justice critique against the report’s conclusions:

It is important that the voices of genetically disabled people – the very people whose lives could be eliminated through its introduction – are heard and understood. It is critical that we, as a society, consider not only what we gain through the use of genome editing, but also what we stand to lose, which, from this vantage point, we may yet not be able to see.

Jon Holmlund, from Trinity International University, blogged about the report and concluded :

Scientifically and socially, there will be unintended—or at least undesirable—consequences.  These may be known but considered acceptable.  For example, how many human embryos will need to be created and destroyed to perfect the procedure?  How many generations will need to be followed to rule out some late complication?  Can we really guarantee that “having babies the old-fashioned way” won’t become a thing of the past?  And, in spite of the laudable desire to bring healthy children into the world, wouldn’t this be a wholesale acceptance of the basic assumption that only the people we want to be born, should be born?

For these reasons and others previously articulated on this blog, heritable human gene editing falls into a small but critical group of biomedical undertakings that should not be pursued.