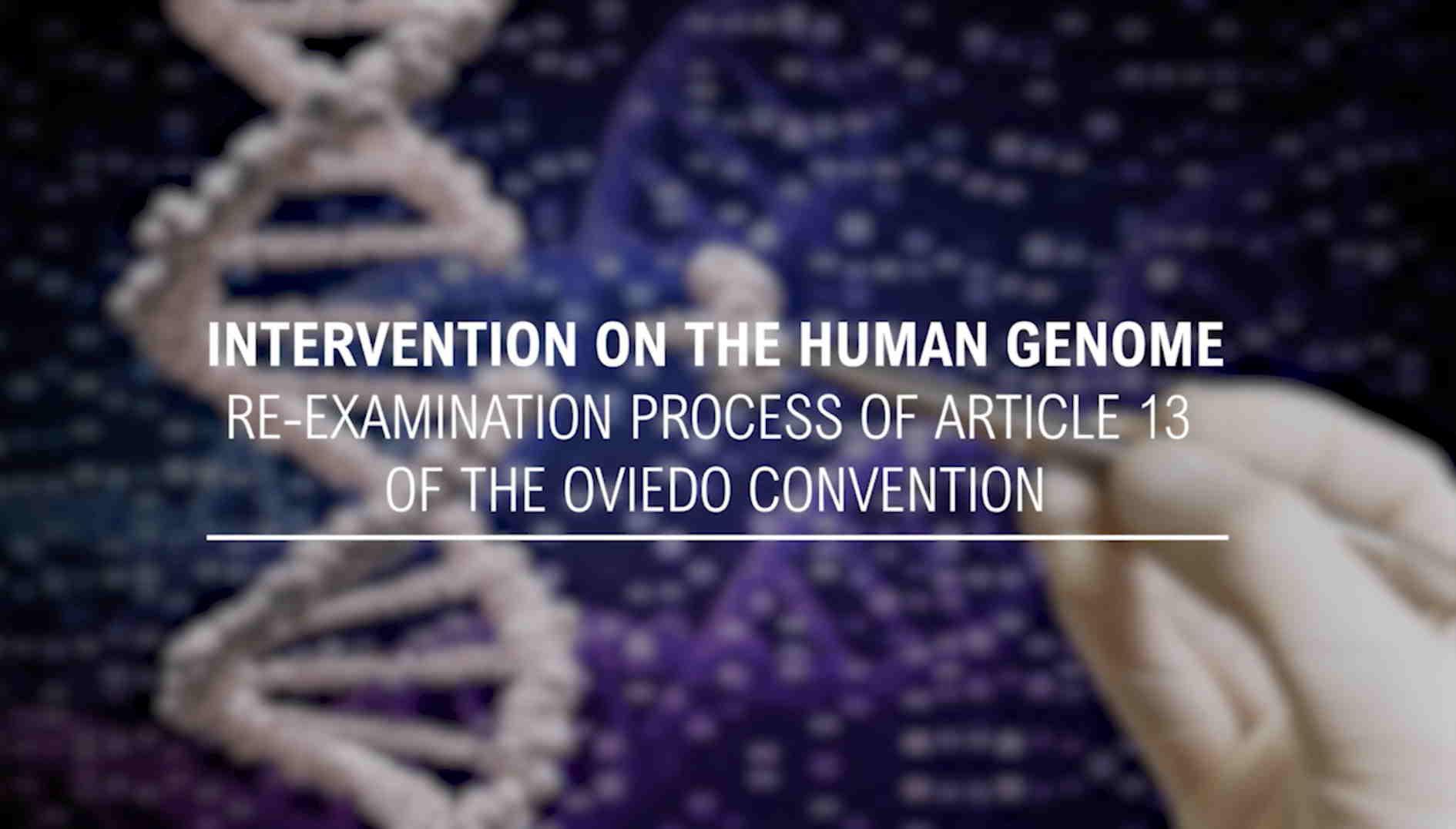 The Council of Europe’s Convention on Human Rights and Biomedicine, better known as the Oviedo Convention, explicitly bans heritable human genome editing in the 29 countries that have signed and ratified it. It has done so for close to a quarter century, which is an inconvenient reality for advocates of the technology, who like to ignore or downplay the existence of the ban. Failing that, they imply that the Convention’s prohibition of heritable genetic modification is out of date. It is not. That’s the conclusion of a long and detailed re-examination of the relevant text, published this week.

The convention is named for the Spanish town where it was adopted by the Council of Europe. In force since 1999, it represents a significant bloc of European countries. (Germany and the UK are among the hold-outs, though each prohibits heritable genome editing through national legislation.)

On heritable human genome editing, Article 13 is key, building on discussions of human rights to state that:

Interventions seeking to introduce any modification in the genome of any descendants are prohibited. Consequently, in particular genetic modifications of spermatozoa or ova for fertilisation are not allowed. Medical research aiming to introduce genetic modifications in spermatozoa or ova which are not for procreation is only permissible if carried out in vitro with the approval of the appropriate ethical or regulatory body. (emphasis added)

In the 1990s, when this language was crafted, manipulating the human genome was technically distant, though often discussed in wildly optimistic terms. In the 2010s, with the development of gene editing tools such as CRISPR, altering the genes and traits of future generations began to seem like an imminent prospect. So in 2015 the Council of Europe’s Committee on Bioethics (then DH-BIO, later CDBIO) undertook

to examine the ethical and legal challenges raised by these emerging genome editing technologies, in the light of the principles laid down in the Oviedo Convention.

The committee’s first response, in June 2021 was that Article 13 did not need modification, but that clarifications of its meaning were needed. These conclusions and clarifications were adopted by CDBIO this summer and presented to the Committee of Ministers on 27 September 2022. The first bullet point stresses that

The provisions of Article 13 apply to any intervention seeking to modify the human genome. This includes interventions carried out in research as well as in a clinical context.

Acceptable interventions include somatic gene therapy (to control or cure a patient’s disease) and related research, which may include “interventions seeking to modify the human genome for the acquisition of knowledge relevant to these permitted purposes” but emphatically not “to introduce a modification in the genome of any descendants.” In case anyone should try to misunderstand, this “has the implication that gametes, embryos or their precursors that have been subjected to such intervention may not be used for the purposes of procreation.”

A new explanatory video is also online, featuring Anne Forus, Chair, and Pete Mills, member, of the CDBIO Drafting group on genome editing. Forus first stresses that the Oviedo Convention is “the only international binding legal instrument in this field.” Mills discusses “the main issues raised by development of these new technologies,” particularly when applications involve genetic enhancements and especially when they could affect future generations. They carefully define the terms preventive, diagnostic and therapeutic, and how Article 13 protects the dignity of the human being, while giving greater certainty to researchers, concluding:

We also hope that this will put down a clear marker in the renewed international debate about heritable genome editing, as underlined in all statements and declarations about genome editing. This debate should be at a societal level.

Indeed it should. However, the societal debate that everyone agrees is crucial appears to be missing in action. There has been absolutely no media coverage of the re-affirmation of the Oviedo Convention, despite its significance for the ongoing public and policy conversations about heritable genome editing. But then there has been essentially no coverage of the Third International Summit either, a major convening planned for March 2023 in London that seems designed to make heritable genome editing more acceptable.

This silence is particularly unfortunate at a moment when eminent scientific organizations such as the U.S. National Academies and the British Royal Society are proposing a “translational pathway” to clinical use of heritable genome editing. Such an approach is an effort to blow past the globally widespread agreement – established by policies with the force of law in 70 countries – that already put heritable genome editing off limits. Significant support for forgoing heritable genome editing is also found among social justice advocates, scientists, scholars, biotech companies, and many others.

As part of its efforts to highlight these views and to bring missing voices into the debate, the Center for Genetics and Society is organizing a series of webinars this fall and spring, in anticipation of the upcoming Summit. The first panel discussion, Equity, Sovereignty, and Racial Justice: Beyond Access in Debates on Human Genome Editing, featured Krystal Tsosie, Dorothy Roberts, and Milton Reynolds, and was moderated by CGS associate director Katie Hasson; it is available online. Watch for more.