3-Person IVF Breaking News: Where Are the Advocates for the Public Interest? 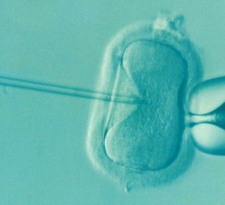 The first baby born as a result of the “3-person IVF” technique known as maternal spindle transfer (MST) was reported by New Scientist on September 27. To avoid US regulation, a team led by Dr. John Zhang of New Hope Fertility Center performed the unapproved and controversial procedure in Mexico. Now five months old, the child appears healthy but may encounter serious problems later in life.

Media coverage of this event in the United States and United Kingdom has been overwhelmingly celebratory, downplaying the serious health risks involved for the child and future generations, as well as Zhang’s flagrant disregard of established US regulatory policies (see New Scientist, New York Times, BBC, and The Telegraph). Zhang’s widely cited self-justification – “To save lives is the ethical thing to do” – has not been examined, despite the clear conclusion in the recent Institute of Medicine report that this technique “does not address a medical need,” let alone save lives, as it “would not treat an existing person for a disease, illness, or condition.”

Outside the US and UK, media coverage has been more tempered. While less celebratory, the German press has been surprisingly uncritical, despite emphasizing the fact that the procedure is illegal in Germany. The Portuguese language press has tended to syndicate translations of the English language press, although the Observador published a thoughtful piece raising questions about potential “Lego-babies.” The French language press has tended more towards the critical side, often including a section devoted to the health and/or ethical risks associated with the procedure. An article by Grégory Rozières at Le Huffington Post (France) warned, “This can be seen as the first step on a dangerous path…The risk of eugenic abuses is evident.”

A number of news stories did include comments from public interest advocates, scientists, and policy experts voicing a range of concerns. Nature News quoted biologist David Clancy saying, “They just went ahead and did it. The number of issues that are still unresolved — it’s just staggering.” For other examples, see coverage at NPR, NBC News, Forbes, and BBC.

Several statements and articles explored the concerns in more depth. The Center for Genetics and Society released a press statement emphasizing the unsafe nature of the procedure, its unknown health consequences for the child and future generations, and the dangerous precedent set by renegade science, urging scientists and policy makers to “condemn rogue experimentation that takes advantage of families’ misplaced trust in people who wear white coats.” CGS executive director Marcy Darnovsky, PhD, stated,

No researcher or doctor has the right to flout agreed-upon rules and make up their own. This is an irresponsible and unethical act, and sets a dangerous precedent.

Paul Knoepfler, Professor in the Department of Cell Biology and Human Anatomy at UC Davis, expressed his deep concern about the ethics and safety of the procedure on his blog, emphasizing the need to recognize it for what it is, namely a “living human experiment” that has produced “a genetically modified human being.”

This is entrepreneurial reproductive technology at its most unethical and irresponsible.  It is outrageous that they simply ignored the cautious approach of US regulators and went to Mexico, because they think they know better. Since when is a simplistic “to save lives is the ethical thing to do” a balanced medical ethics approach, especially when no lives were being saved? These scientists have used an experimental technique that many scientists still think is unsafe, in order to create a world first. When are the world's governments going to stop rogue scientists crossing crucial ethical lines?

What we now know for certain is that national regulations without international cooperation may be almost useless in today’s interconnected world. Meanwhile, gene-editing technology is advancing rapidly…. Among the most worrying possibilities is the creation of children with genetic modifications that could change forever what it means to be human. “Designer babies”, for short.

What if we come to a consensus about what should not be allowed… and then some renegade scientists, convinced that they know best, just go ahead and do it?