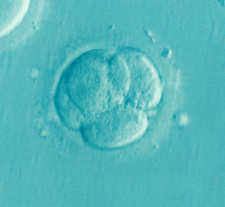 It was reported today that a US fertility doctor, John Zhang of New York University and New Hope Fertility Center, used an experimental mitochondrial manipulation technique in Mexico to produce a child who was born in April. Many scientists consider the technique, variously known as “three-person IVF” and “nuclear genome transfer,” to be unsafe, with unknown and unforeseeable health consequences for the child as well as future generations

“This fertility doctor openly acknowledged that he went to Mexico where `there are no rules’ in order to evade ongoing review processes and existing regulations in the United States,” said Marcy Darnovsky, PhD, executive director of the Center for Genetics and Society. “No researcher or doctor has the right to flout agreed-upon rules and make up their own. This is an irresponsible and unethical act, and sets a dangerous precedent.”

“We wish the infant and his family well,” Darnovsky continued, “and hope his health will be monitored and his privacy protected. It’s important to know that scientists around the world – including expert members of a US Food and Drug Administration committee – have raised many cautions about the risks to any children that might result from these techniques, and about trans-generational risks.”

“This development is particularly troubling at a time when we’re seeing fraudulent stem cell clinics by the hundreds putting patients at risk. It’s also distressing that this takes place in the midst of international deliberations among scientists, policy makers, and publics about responsible uses of gene editing technologies,” Darnovsky said. “The precedent is very troubling – both in the sense of scientists who should know better `going rogue’ with a risky and experimental procedure, and in the sense that they're doing so using a technique that is technically a form of human germline modification.”

Mitochondrial manipulation techniques have been shown to pose a number of immediate safety risks as well as troubling future risks for both male and female children, even though mtDNA is inherited only from a child’s mother. Ongoing studies show reasons for continuing concern.

“We urge intended parents who might consider undergoing this biologically extreme procedure to carefully investigate the risks, as well as the areas where evidence of safety is lacking,” Darnovsky said. “And we urge scientists and policy makers to condemn rogue experimentation that takes advantage of families’ misplaced trust in people who wear white coats.”