Why We Loved “Orphan Black” 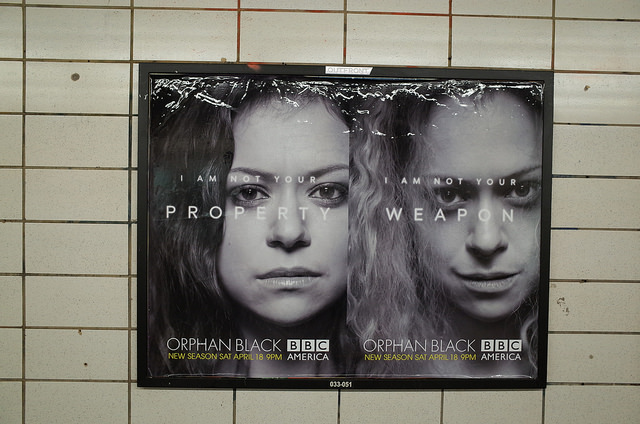 A thriller about cloning, gene editing, and bioengineering is the perfect show for our times.

You don’t usually see TV shows mention the supposed “fountain of youth” gene LIN28A, show nanopore sequencing, or use cloning as the backbone of the plot. That’s what makes Orphan Black so great.

The cult Canadian TV show just ended its five-year run, all the better for binge-watching it now. It had a relatively small viewership, but anyone who followed the series saw science fiction that was deeply grounded in science nonfiction. Its characters raised questions about the ethics of biotechnology that we already face or will face in the near future.

Science historian Cosima Herter helped create the show and is the namesake of one character, a scientist clone who’s investigating her own biology. Clone Cosima and the rest of the genetically identical characters (incredibly, all played by one actress, Tatiana Maslany) gradually uncover the ways other scientists at evil corporations have been exploiting them for shadowy experiments and personal gain. Those bad-guy scientists call themselves Neolutionists (no relation to NEO.LIFE!), and... see more