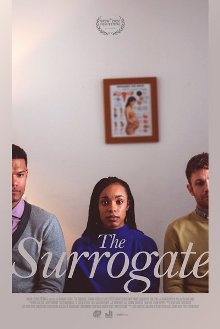 “I’ve seen that movie,” says the director Jeremy Hersh, pulling a face. “I hope no one settles on that looking for this. It’s basically anti-women. The implication is that surrogates are crazy and calculating and out to steal some poor woman’s husband.”

Hersh’s film is different. It begins with a positive pregnancy test. “I’m just the vessel!” Jess (Jasmine Batchelor) announces brightly to a waitress at the Brooklyn restaurant where she is celebrating with the baby’s future fathers, Jess’s best friend Josh (Chris Perfetti) and his husband Aaron (Sullivan Jones).

Batchelor and Hersh are speaking to me over video call. It’s the former’s first film and she is extraordinary: real and raw, with an emotional precision that makes her compelling to watch. “When you read a script, especially as a black woman, it’s usually the wife or the girlfriend or the assistant,” she says. “To see a fully fledged character with... see more

A decision by Israel’s supreme court Sunday paved the way for same-sex couples to have children through surrogacy, capping a decade-old legal battle in what activist groups hailed as a major advance for LGBTQ...

Which lives matter in reproductive biomedicine?

The most recent Black Lives Matter moment provides an important opportunity for consideration of the interlocking social and political systems that contribute to ongoing racism and racial inequality. What does this mean in the context of reproductive biomedicine? Which...