What is Human Gene Editing? 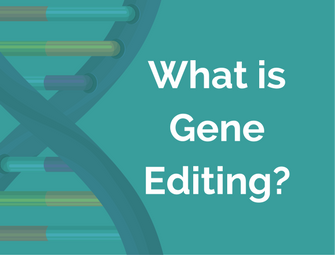 Genome editing is a way of making changes to specific parts of a genome. Scientists have been able to alter DNA since the 1970s, but in recent years, they have developed faster, cheaper, and more precise methods to add, remove, or change genes in living organisms. Researchers are working to develop therapies that use gene editing to treat children or adults for a range of conditions, including sickle cell, hemophilia, and some forms of cancer and blindness.

Since 2015, a few laboratories have been experimenting with a far more controversial use of CRISPR: editing the genomes of early human embryos, eggs, and sperm. If edited embryos are used to start a pregnancy, the changes affect every cell in the body of any resulting child, that child’s offspring, their offspring, and so on. Dozens of countries already prohibit any attempt to start a pregnancy with edited embryos, yet some scientists seem eager to proceed.

In November 2018, researcher He Jiankui from Shenzhen, China announced the birth of the first gene-edited babies: twin girls publicly referred to as Lulu and Nana. In a reckless and widely condemned experiment, He had edited the DNA of two embryos and used them to start a pregnancy. The babies were born prematurely and their current health status is unknown.

These utterly unethical experiments have pushed the issue of human genome editing to the forefront of media, scientific, and public discussion and debate. Any discussion of how we might use this technology in the future needs to consider the serious societal consequences of human genome editing. This includes examining the rise of vast economic inequalities and the resurgence of overt xenophobia and racism in many parts of the world. It also includes acknowledging our eugenic histories and the present-day systemic oppression of women, people of color, Indigenous people, LGBTQ people, and people with disabilities, particularly as they relate to reproduction and ideas about who is “fit” to reproduce.

Human genome editing is not just a scientific issue. It is a political and social justice issue that intersects with the concerns of multiple movements, including disability rights, LGBTQ rights, reproductive rights and justice, racial justice, environmental justice, and health justice. Read on to learn more about human genome editing and why everyone should have a say in the decisions we make about whether and how to use this powerful technology.

CRISPR is a gene editing technology that allows scientists to make changes to the DNA of living organisms more precisely and inexpensively than before. CRISPR stands for clustered regularly interspaced palindromic repeats. These segments of DNA occur naturally in bacteria, where they store information that helps recognize invading viruses. Associated enzymes, such as Cas9, then cut viral DNA out of the bacterial genes.

Scientists discovered that they can adapt CRISPR-Cas molecules to search for a specific DNA sequence and cut precisely at that point — not just in bacteria, but in plant, animal, and human cells, too. They can also provide a new DNA sequence for the cell to use when it repairs the cut.

CRISPR-Cas is often compared to the “find and replace” function in a word processor, but this metaphor of gene “editing” can make it sound more precise than it actually is. CRISPR sometimes mis-recognizes a DNA sequence that is similar to the one it’s looking for and cuts in the wrong place, causing “off-target mutations.” Other times it might cut in the right place, but cause mistakes, or “indels,” where DNA is incorrectly inserted or deleted.

There are two distinct ways gene editing might be used in humans. Gene therapy, or somatic gene editing, changes the DNA in cells of an adult or child to treat disease, or even to try to enhance that person in some way. The changes made in these somatic (or body) cells would be permanent but would only affect the person treated. One way this is already being done is by editing a person’s immune cells to help them better fight cancer. Clinical trials will soon be underway to use CRISPR to edit blood cells as a treatment for sickle cell anemia and other blood disorders. Gene therapy raises many of the same social and ethical issues as other high-tech medical treatments, including ethical research practices, safety and effectiveness, unequal access to expensive treatments, and how we allocate resources, but is widely supported as a promising way to treat disease.

But there is a much more controversial way that human gene editing could be used. In germline modification, gene editing would change the DNA of embryos, eggs, or sperm. Because germline DNA is passed down to all future generations, any changes — whether they had beneficial or harmful effects — would be as well. Some have proposed that germline editing could be used to prevent inherited diseases, but this would carry unacceptably serious safety, ethical, and social risks. And it’s unneeded, since we already have safe and effective ways to prevent passing on an inherited disease. People at risk can use preimplantation genetic diagnosis (PGD), a way to screen embryos created through in vitro fertilization (IVF) and select one that is unaffected; this allows parents to have a genetically related child without passing on an inherited disease. PGD certainly raises its own ethical questions, particularly around disability rights and justice, but it poses fewer safety and societal risks than germline editing would.

Understanding the Social and Ethical Risks

New technologies often raise ethical questions about their unknown risks and benefits. These questions become especially tricky — and essential — when we are talking about something like human germline editing, which affects future generations who obviously can’t consent to the changes being made to their DNA. What risks would women (who are rarely mentioned in discussions about human gene editing for reproduction) be subject to as the ones who would carry pregnancies started with genetically modified embryos and deliver the resulting children (for themselves or for others)? How could potential parents make informed decisions when there would be unknown health risks that might emerge during pregnancy for the woman and the fetus, epigenetic effects, and health issues that might not develop until adulthood or old age (or even in future generations)? It would be extremely difficult, if not impossible, to ethically conduct the kind of follow-up studies that would be necessary to say that human genome editing is safe enough to use in reproduction.

But focusing on these obvious safety risks takes too narrow a view and overlooks the many serious social and ethical risks that germline editing would pose. Imagine wealthy parents being able to purchase enhancements (real or perceived) for their children, and the kind of world that would result if children’s education and life chances were thought to be determined at birth by their DNA. Imagine the long-term consequences of imposing the preferences and biases we hold today on the genes of all future generations. Consider the potential effects on groups that have less power in society and are already discriminated against, including people with disabilities, people of color, and women. Ableism, racism, and reproductive injustices would likely be exacerbated by human genome modification, if it were ever allowed. These and other social inequalities that already shape our lives could rapidly grow worse, and new forms of inequality could be introduced, leading to a new form of eugenics.

While it might seem possible to avoid such dire outcomes by limiting the use of germline gene editing to the prevention of serious diseases, this would be extremely difficult. The line between therapy and enhancement is fuzzy and would be nearly impossible to enforce. How would we determine which diseases are serious enough to edit out? And who would decide? There are many disabled people who value their differences as a form of human diversity and do not think they need to be “treated” or “cured.” Allowing just some uses of germline gene editing for reproduction would mean opening the door to all uses. For these reasons, over 40 countries have banned human germline modification.

Who Gets to Decide?

Human germline editing is not just a scientific or technical issue. It affects how we understand ourselves as humans and what kind of future we want to build. It has implications for society as a whole, not just individuals. Therefore, decisions about whether to permit germline modification should not be made by small groups of scientists or bioethicists, by biotechnology companies, or by wealthy elites. Human germline editing is an urgent social justice issue; we need public discussions of it that are open to all.

Scientist who edited babies’ genes says he acted ‘too quickly’

The scientist at the heart of the scandal involving the world’s first gene-edited babies has said he moved “too quickly” by pressing ahead with the procedure.

He Jiankui sent shock waves across the world of science when he announced in...