The Scandal and the Summit: Reactions to the Announcement of Gene-Edited Babies 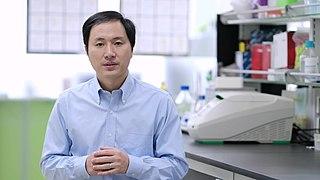 The Second International Summit on Human Genome Editing was held in Hong Kong on November 27–29. It was the sequel to an earlier scientific gathering held at the National Academies in Washington, DC in early December 2015. The Hong Kong meeting’s aim was “to advance the global dialogue” on human gene editing – especially the kind that alters the DNA of future children and generations – “by bringing together a broad range of stakeholders.” The results are available on video, together with the agenda and biographies of all the invited participants.

The absence of representation from social scientists, humanists, and a wide range of civil society organizations was notable. Advocates for disability rights were not on the agenda, for example; nor were activists of any stripe. There were a couple of anthropologists and others to leaven the proceedings, but it was mostly a collection of scientists talking, essentially, about how to proceed. Self-regulation was clearly an important goal.

Unfortunately for the organizers (not to mention two particular newborn baby girls – or the rest of the world), the CRISPR era’s biggest gene editing story broke, clearly by no coincidence, on the eve of the event. That dominated the conversation around the Summit, pushing other important matters into the background. Ten days later, the ramifications have barely begun to take shape.

The news that Dr. He Jiankui was trying to edit babies to make them resistant to HIV was first reported by Antonio Regalado, though Dr. He then declined to comment. A couple of hours later the Associated Press reported the birth of twin girls, with the qualification “if true.” (He Jiankui claimed another pregnancy, also still unverified, two days later.) Immediately, Dr. He released four YouTube videos of his own, touting his achievement in English, though he later implausibly claimed that he was unprepared for the news to leak prior to a peer-reviewed publication.

Reactions reported in the AP’s story were mixed. Kiran Musunuru of the University of Pennsylvania called the attempt “unconscionable ... an experiment on human beings that is not morally or ethically defensible.” Eric Topol of Scripps was also quoted, calling it a “big deal” and “far too premature.” George Church of Harvard defended the experiment and called the goal “justifiable.” In a longer AP update the next day, Church (who had seen the data a little earlier) and Musunuru (who had peer-reviewed an earlier manuscript by He) were both reported to question the decision to initiate a pregnancy, since the researchers knew that “both copies of the intended gene had not been altered.”

That is extremely important, since it implies that the experiment failed on its own terms, or at most had a 50% success rate. The peer-reviewed paper has still not appeared, but some of the data have, and they are deeply concerning. Both Gaetan Burgio of the Australian National University and Sean Ryder of UMass Medical School quickly pointed (first on Twitter) to problems that raise major concerns about the well-being of the (allegedly existing) children.

As soon as the news of He’s claims circulated, the storm of criticism broke.

He’s university, hospital, professional societies and government all condemned the work, with some variation of “a serious violation of laws and regulations.” Many around the world called it “premature” and/or “not medically justified.” Within a day, 122 Chinese scientists signed a strong statement labeling the experiment “crazy” and calling for new laws and regulations. Closer to home, 136 individuals and 13 organizations soon thereafter signed a statement organized by Human Genetics Alert and the Center for Genetics and Society expressing “dismay and outrage” and calling for “enforceable moratoria prohibiting reproductive experiments with human genetic engineering.”

The three main scientists behind CRISPR all weighed in. Feng Zhang explicitly called for a “moratorium on implantation of edited embryos.” Jennifer Doudna told Nature she was “horrified and stunned when he described the process he used. It was so inappropriate on so many levels.” Emmanuelle Charpentier reiterated to Le Monde that she is (in translation) “clearly opposed to the use of Crispr-Cas9 for the purpose of improving the human species.”

Such reactions were the norm. An analysis of 125 news articles and commentaries from November 25 to December 3, most but not all from the US, shows no one not involved in the experiment who unequivocally supported it. The closest was perhaps Nathan Treff, co-founder of Genomic Prediction Inc., who has been associated with “Eugenics 2.0”; he mildly noted that preventing HIV infection may “not be an ideal first” (a comment that was not widely picked up). George Church, the controversial Harvard professor notorious for advocating, among other adventurist biotech experiments, “de-extincting” neo-Neanderthals and neo-mammoths, opined that “the genie is out of the bottle.” But he would “probably not” have been part of this experiment. Even John Harris, a philosopher who strongly supports germline editing, called it “premature and reckless,” and found himself, unusually, in the consensus of opinion.

Boosters in the mainstream

And what of the Summit? Regrettably, the first statement issued by the organizing committee, which wields great influence on scientific and public opinion, completely failed to condemn He’s activities. Its accurate but grossly inadequate point: “Whether the clinical protocols that resulted in the births in China conformed with the guidance in these studies remains to be determined.”

Obviously there was disagreement among the committee members. David Baltimore, the Chair, asserted his privilege to interrupt the session on the Summit’s second day at which Dr. He spoke to call the work “irresponsible” and (speaking only for himself) to say that the events exhibited “a failure of self-regulation.” The very next day, however, in his official capacity, he read the Committee statement, which did include the term “irresponsible” but was silent on any problems with self-regulation and much more focused on a proposed “translational pathway to germline editing.”

This clear commitment to moving forward was a departure from widespread concerns (as well as from existing prohibitions in dozens of countries and the Council of Europe’s Oviedo Convention). It also undermined the statement issued at the conclusion of the 2015 Summit. It was, however, in keeping with more recent pronouncements from several elite scientific bodies, including a 2017 report from a different but overlapping committee of the US National Academies, which Dr. He specifically cited as a “green light” for his activities.

The Summit organizing committee’s statement did not seem to go down well in the hall (video, session three, starting around 1:30:00). Surprised reactions were clearly in evidence.

At least some committee members had already been quite clear about their desire to move forward: George Daley was worried “that this first use being such a misstep may create an imperative to clamp down.” Robin Lovell-Badge was “worried about a knee-jerk reaction.” Alta Charo complained that we (though not she) “continue to have a public fascination with the least likely applications,” i.e., “designer babies.” She thought that there are already enough rules and “the failure was his [He Jiankui’s], not the scientific community.”

Daley had even made an eloquent case in favor of editing embryos, despite calling He a “rogue scientist.” But we soon learned that at Harvard Medical School, of which Daley is Dean, Werner Neuhausser is planning to use CRISPR to edit the DNA in sperm cells, with the goal of altering genes associated with the risk of Alzheimer’s. It’s shocking that Daley did not mention this in the many interviews he gave at the Summit. Of course he’s worried about a clampdown; that would interfere with work at the institution he runs.

It is notable that some of those who insisted that germline modification was not ready to be used in human reproduction three years ago seem to be so disturbed at the prospect of reacting to Dr. He’s work with regulation or (heaven forfend) even prohibitions. Julian Savulescu, however, who has always favored germline gene editing — even called it a “moral obligation” — was horrified (and widely quoted) as saying that: “These healthy babies are being used as genetic guinea pigs. This is genetic Russian Roulette.” Savulescu is right in that, of course; his is a long-term advocacy for enhancement and he seems to be genuinely shocked by an overhasty grab for fame. It is the enabling ethicists, those who expect to see interventions soon, who seem more likely to want to dismiss this event.

In the days that followed, several well-considered essays appeared. Françoise Baylis, the very day after the news broke, asked “Where Are Our Ethics?” and pondered the responsibility of the scientific community. Katie Hasson and Marcy Darnovsky of the Center for Genetics and Society insisted in The Guardian that “no one has the moral warrant to go it alone.” J. Benjamin Hurlbut, Sheila Jasanoff and Krishanu Saha published a trenchant piece in the Washington Post, aptly headlined:

The Chinese gene-editing experiment was an outrage. The scientific community shares blame.
We’re overdue for a society-wide conversation about this technology.

More deep critiques followed, including another article co-authored by Hurlbut, this time with Jason Scott Robert, at The Conversation; George Estreich, also at The Conversation; and Paul Knoepfler at STAT. Ed Yong published a good overview at The Atlantic, titled “The CRISPR Baby Scandal Gets Worse by the Day.” Arthur Caplan wrote a long assessment of “He Jiankui’s Moral Mess” at the PLoS blog.

The international Association for Responsible Research and Innovation in Genome Editing (ARRIGE), which was launched in February 2018 to promote global governance of genome editing, issued a statement that strongly condemned He’s work. It did, however, call for a modification to the UNESCO Declaration on the Human Genome, as updated, to anticipate “precise therapeutic applications justified after a broad and open debate.” (That sounds surprisingly close to backtracking from the Oviedo Convention, which forbids germline intervention and has been ratified by 29 nations, not to mention other legal bans.)

There were also more calls not to over-react, notably from Carl Zimmer in The New York Times, and I. Glenn Cohen at Harvard Law’s Bill of Health, who said: “I fail to see how the ‘scientific community,’ as some large brooding omnipresence, could have done more to deter what looks like a rogue actor, working off the grid and out of the mainstream, shrouded in secrecy.” (He Jiankui had in fact consulted with several scientists and ethicists, though he had not revealed the details of this effort.)

As of this writing (December 6), there are rumors that Dr. He is missing, though his former university denies that he has been arrested. He has clearly become, instantly, a pariah on the scale of Hwang Woo-suk, though it remains to be seen whether as egregiously fraudulent. And he may become a sacrificial lamb, used to retain, especially in the U.S., the so-called “right” of scientists to regulate themselves.

It’s time for action toward an enforceable global agreement.