Why reproductive justice is essential to understanding gene editing 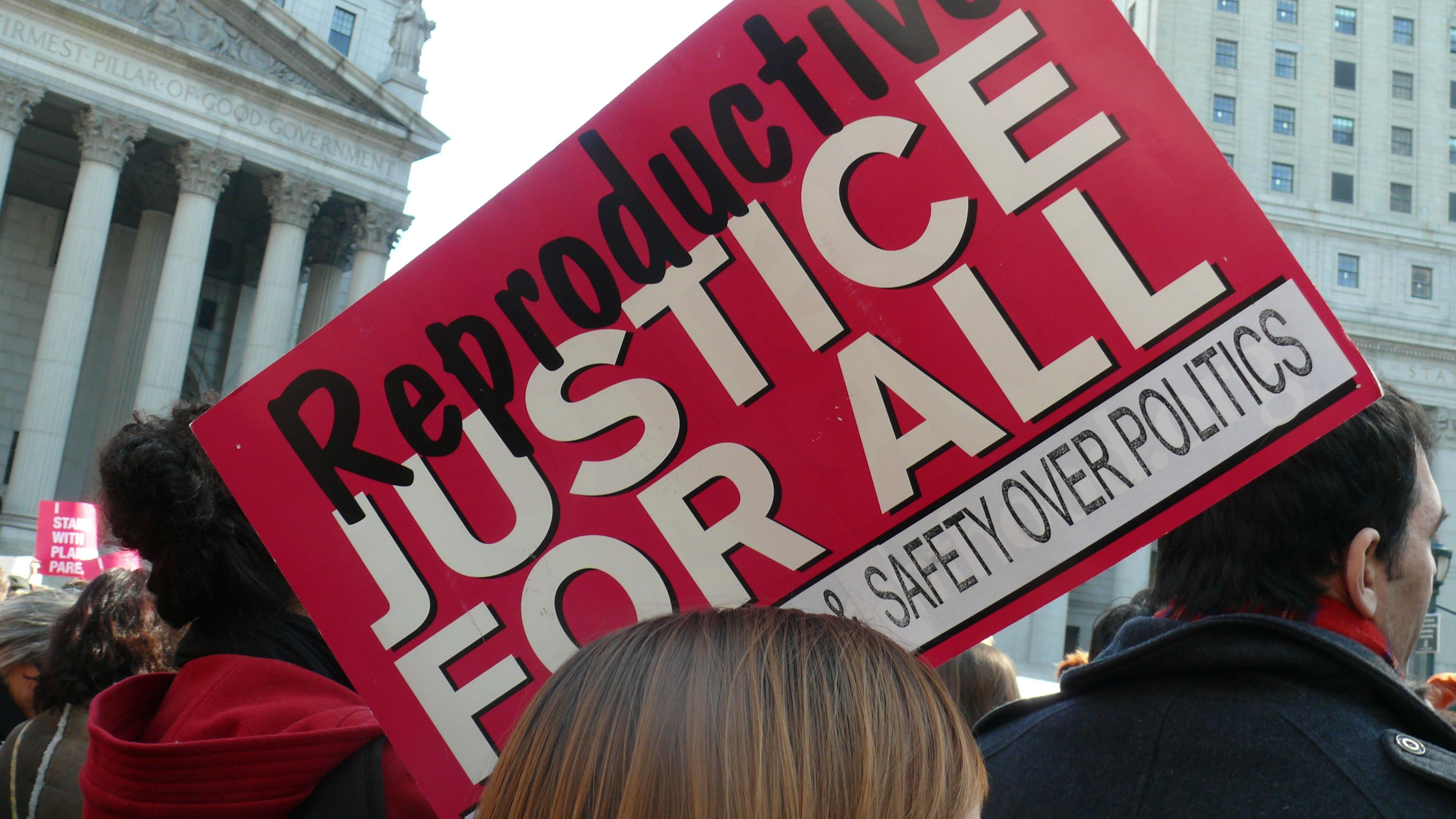 Featuring University of Pennsylvania Professor of Law and Sociology and CGS Advisory Board member Dorothy Roberts, Princeton University Professor of African-American Studies Ruha Benjamin, and UC Davis Professor of Law Lisa Ikemoto, the webinar will discuss how emerging biotechnologies like gene editing are reshaping our ideas about what kind of human beings we will let ourselves be in the future.

But as Nourbese Flint, the program manager for Black Women for Wellness and our webinar moderator, told me an interview on Friday, so much of what we imagine about the future consequences of these technologies depends on what lessons we learn from the past.

While gene editing itself may be new, the ethical questions it raises are all too familiar: For whom is this technology beneficial? Who is going to be left behind? And, more importantly, who gets to decide?

The conversation below has been edited for length and clarity.

Victoria Massie: Just to start off, I'd love for you to tell me a bit about yourself and how you got involved in issues around reproductive rights and justice.

Nourbese Flint: I actually want to say from birth, just from family. Both my mother and my cousin are reproductive justice folks, so the focus on reproductive health, rights, and justice has always been in my world. And because of that, I was really dead set on not working or being close to this work. I was like, "Oh my goodness, it's so hard. I'm going to go in a completely different direction." But even if that's what I said, the work that I did while I was in college, and after, always circled around health and health disparities.

NF: The biggest thing is that these technologies could and will have a huge impact on reproduction moving forward, and reproductive justice advocates are not at the table. I am a big lover of science. Technology doesn't scare me. But what is very often missing in the technology and science conversations are ethical and moral discussions of it, and particularly coming from folks who are underrepresented.

As we approach this new frontier of gene editing and CRISPR, and germline editing in particular, it's important that we have people at the table whose communities could be, and are going to be, directly impacted. When we think of “designer babies” and the ideas of what is possible, it is not only a conversation of should we. It's also a conversation of who, if this goes forward, is going to benefit from it and who is going to get left behind. These conversations, they involve race. They involve class. They involve gender. They are complex conversations that we have to navigate, and we have to be at the table because this is going to impact our lives.

It's not an option for me. In a conversation I had a couple of days ago about the current political climate, we were saying we can't lose. We have to win. There's no other option. That's what I think of when it comes to genetics and reproductive justice, and the new science that is going on. We have to be at the table. There is no other option because these things are coming. If our voices aren’t giving input into this conversation, who knows what can happen to underserved minorities and communities of color and women because we weren't in the space when people were thinking about how this could be used.

VM: Following up on this, what do you find are some of the most common barriers that explain why reproductive rights and justice advocates and activists are consistently not at the table?

NF: Well I think there are two big ones. One is capacity. Reproductive justice is so broad, that there are plenty of people in the field who are working on a million things, and just don't have enough space to put something else on their plate. This idea of “and something else?” “Oh, I just can't. I can't fit it in,” especially given the times. It feels like everyday we're working on a new battle to fight.

The second part is not understanding how close we are when it comes to the science. “Designer babies” and gene editing sounds like something maybe 100 or 150 years down the road. We can get to it later. We have all these current things that are happening now. But it's just not the case, especially because developments with CRISPR are making gene editing a lot cheaper and a lot faster.  Essentially the scientists are holding themselves back in this case. It's not the technology. And most folks don't know. Yet I think most science is, unfortunately, put onto the backburner, and not seen as something we actively need to be engaged in. It's kind of like, “You guys handle it over there, and let us know.”

Lastly, I think there's this idea that scientists are progressive -- that people who look at facts, and work in these different scientific fields are on our side. And even though science itself is seen as objective, the way in which it is applied is not. There is some idea that the folks who are creating these things have the same morals that are at the core of what we do, and I think that's dangerous. They have the assumption that there's someone else doing the watch-dogging. And that's not the case.​

VM:  Given your work with your organization, Black Women for Wellness, focusing on empowering and advocating for black women with respect to health issues, why do you think it's important to make sure black women, in particular, are a part of this conversation?

NF: For me, and this is actually kind of an ode to Dorothy Roberts, it's that throughout history, black women's bodies have been used to do the scientific labor, even though we are usually not the beneficiaries of those new technological advancements. We could go back to Henrietta Lacks to see how her body was used for all of these different new technologies, and her cells are still being used. However, when we look at who actually gets to benefit, it's not typically black women.

Black women are oftentimes the ones who have the most to lose from not being at the table, whether that is us not being able to benefit from the science or whether our bodies are experimented on, or that we get left behind. We get exploited. We experience predatory processes. Again, history has shown time and time again, black communities have been victimized by the lack of ethics in the pursuit of science.

I just keep thinking about worst-case scenarios in terms of eugenics, down to your genes, and actually wiping out folks in a way that is so precise.

One of the things we talk about when we shoot the breeze with some of the folks who are into this stuff, and also some of the work that we do on chemical exposure and beauty products, is phenotype and ideas of beauty that are still based on Westernized culture. The closer you are to white, the closer you are to straight hair, the closer to this kind of perception of beauty. We have this conversation about how we need to take chemicals out of the beauty products and then the people will be okay. We need to do that. But we also need to look at how people feel like they have to look a certain way in order to succeed in their lives. How people wear their hair, particularly for black women, can limit the options they have for getting a job.

Taking that into genetics, if we could actually start gene-editing folks so they can be closer to the ideas and beauty standards of whiteness, it's the same kind of underlying situation. We have not solved that racism issue. We have not solved that sexism issue. But gene editing is another space where it can be exploited, and we can actually start to genetically capitulate to these ideas and standards, and remove blackness.

VM: What responsibility do geneticists, and the scientific community, have to take on these major moral and ethical issues that you're pointing to, especially when we take into consideration how marginalized groups like black women have historically been impacted? What responsibility do scientists have to make sure that the past isn't prologue for the future with these technologies?

NF:  For me, particularly with scientists, I think it is vastly important for them to have a deep understanding of the ethical implications of their technologies. It's also deeply important to have these conversations about race and class because, a lot of times, when we have these conversations about science, it's in a bubble, as if these social issues don't exist. And that's just not the reality. Just like we need intersectional approaches to the way we do policy on the environment, healthcare, or reproductive access, we need an intersectional approach to science. That's also why we need more diversity in science so that people from different backgrounds and different places can point out, "Hey, this is how this could be used."

How do we push humanity forward while also knowing the historical implications, and knowing that we're still doing some really messed up stuff to each other with these technologies?

VM: Hopefully the webinar will be an opportunity to bring these points to the fore. What are you looking forward to most with the webinar?

NF: I'm most looking forward to having this conversation with social justice advocates, and for the incredible panelists speaking who have an intersectional approach, and will make that plain for folks who have not had the time, or the energy, or the space to even look at what's going on when it comes to genetics, particularly CRISPR.

I'm hoping, one, it will start the conversation and then, two, that it creates enough conversation for both reproductive justice folks, and also the scientists and academics who work in this field, to push the conversation forward. Even for folks who work in this field, academics, or even me, there could be angles and ways that we’re not seeing it that somebody from the reproductive justice world on the ground can say, "Hey, this is something to think about."  But I’m also hoping to start to have some good-sense policy around it.