Genes for Success? Not Exactly

Two GWAS studies encourage the use of genetics to suggest environmental interventions, and are misinterpreted as identifying genes for success.
By Pete Shanks | 07.27.2018
Biopolitical Times 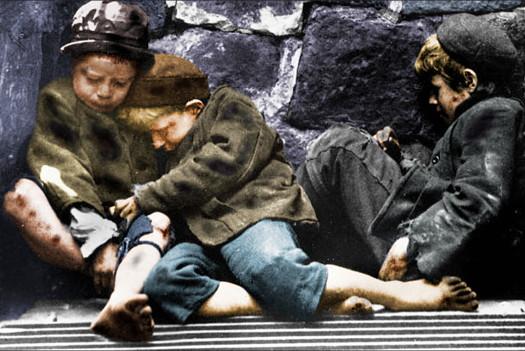 Biopolitical Times used to have a regular feature called “Gene of the Week,” in which we skewered the propensity of some journalists, university public relations offices, and even scientists for ascribing particular traits or habits to some specific gene. Mostly, we made fun of them, but there was often a serious criticism behind the humor.

Sadly, the concept and concern that provoked the series are still with us. In fact, there’s a new one, more damaging and significant than most: a “Gene for Success” that is worth noticing and critiquing. Note that all three words of that term are inappropriate: multiple genes are involved (the analyses are polygenic) and even in collaboration, they do not “cause” anything, let alone “success,” which is, to put it gently, a term subject to interpretation.

This is actually a two-parter: The first tranche of stories was based on a paper published in PNAS on July 9, the second on one published in Nature Genetics on July 23. Both are very large genome-wide association studies (GWAS) that identify many genetic variants, each of which may make a tiny contribution to the genetic make-up of a human.

The PNAS paper is titled “Genetic analysis of social-class mobility in five longitudinal studies.” As far as I can tell, none of the authors or their institutions made any particular effort to hype this research, which concluded (from the abstract):

The stated goal of the authors was “to use genetics to reveal novel environmental intervention approaches to mitigating socioeconomic disadvantage.” That was also a message Kathryn Paige Harden stressed in her July 24 New York Times Op-ed, “Why Progressives Should Embrace the Genetics of Education.” The Op-ed inspired a devastating, point-by-point rebuttal at the anonymous blog “Unwashed Genes,” introduced thus:

I’m sure she feels that it is well-intentioned and focused on the best interests of society, but that is exactly the problem. What is really happening in this piece is the use of genetic assumptions to justify a world view. Let’s start with the title.

And vice versa, I might add; the “winners” generally think their success is powered by intelligence rather than luck. Moreover, there is something distinctly odd about calling for more genetic studies to demonstrate just how important environmental effects are, no matter how worthy the intent.

That kind of approach is reminiscent of Alfred Binet, father of the IQ test, who intended to identify and assist children who had trouble learning in standard schools. Anyone aware of the history of eugenics knows what dangerous territory that can be: Henry Goddard translated Binet’s work into English in 1910 and immediately began using it to promote that vicious and destructive ideology.

None of the news coverage I have seen about this research make any such connection. Instead, the headlines simplify and sensationalize the work:

Admittedly, the texts of these articles generally refute or at least minimize the implications of the headlines. Newsweek, for example, reports the study’s lead author Daniel W. Belsky as saying:

“There’s nothing in our study that says these genetic variants are a more powerful predictor of outcomes than family backgrounds.”

Two weeks later, the Nature Genetics paper (“Gene discovery and polygenic prediction from a genome-wide association study of educational attainment in 1.1 million individuals”) was published. This research was carried out under the auspices of the Social Science Genetic Association Consortium (SSGAC), and the over two hundred named authors from all around the world included two dozen members of the 23andMe research team, which supplied a large amount of data. Publication was accompanied by a press release from the University of Colorado, Boulder, unfortunately titled:

Scroll down (as noted on Twitter by MIT Technology Review reporter Antonio Regalado), and you read:

“It would be completely misleading to characterize our results as identifying genes for education,” said corresponding author Daniel Benjamin, an associate professor at the Center for Economic and Social Research at University of Southern California.

“When your headline doesn't get the memo,” Regalado quipped. USC put out their own press release (“Scientists find hundreds of genes linked to educational attainment”) with the same quote included. These may have been responsible for a minor avalanche of reports, of varying quality.

Kudos are due to the team of scientists for trying to explain their work, and to Ed Yong of The Atlantic for this lede:

When scientists publish their research, it’s rare for them to write an accompanying FAQ [link] that explains what they found and what it means. It’s especially rare for that FAQ to be three times longer than the research paper itself. But Daniel Benjamin and his colleagues felt the need to do so, because they work on a topic that is frequently and easily misunderstood: the genetics of education.

The paper’s authors are clear, in the paper, that their findings are limited:

... First, our within-family analyses suggest that GWAS estimates may overstate the causal effect sizes ... Without controls for this bias, it is therefore inappropriate to interpret the polygenic score for educational attainment as a measure of genetic endowment.
Second, we found that our score for educational attainment has much lower predictive power in a sample of African-American individuals than in a sample of individuals with an European ancestry ...

The FAQ is even stronger. While justifying the research in impressive detail, it almost ridicules the idea of using a polygenic score for predictive purposes. The authors suggest that the highest possible (and thus unlikely) predictive power for educational attainment might be 20%, and add:

[P]rofessional weather forecasts correctly predict about 95% of the variation in day-to-day temperatures. Weather forecasters are therefore vastly more accurate forecasters than social science geneticists will ever be.

Their answer to the question, “What policy lessons do you draw from this study?” is a firm “none whatsoever.”

This policy prescription is less idealistic than that offered by the PNAS team, but it’s probably safer. The idea of identifying those in need of assistance is of course worthy, but that hardly requires genetic analysis. A new paper from the National Bureau of Economic Research (paywalled; or see the Washington Post) shows how distinct the lifestyles of the affluent and the impoverished are. Just a clue: the poor buy cheaper stuff and are much more likely to be black. Identifying who to help is not really the problem.

At a time when inequality is increasing to levels not seen in almost a century and half the country finds it harder and harder to afford healthcare, while the top 1% — and especially the 0.1% — are grabbing more and more of society’s wealth ... is it any wonder that some people will welcome a twisted biological explanation for society’s lack of social mobility? They deserve to be rich; that they are rich proves it. And those who are not rich, it’s not their fault and it’s certainly not the fault of the people who run this economy.

To increase the sum of human practical ability, try better healthcare and education for all. The search for a “gene for success” is not the way.

Your DNA Test Could Send a Relative to Jail

On any given day, CeCe Moore’s inbox is flooded with strangers asking her to solve the mysteries of life and death, and on a good day, she can. Over the past year, working from anonymous DNA samples, Moore helped identify...

As the genetic counseling world knows all too well, the New York Times recently published a story about prenatal cfDNA screening for chromosomal microdeletion syndromes. The gist of the article is that screening for microdeletions has a high number...