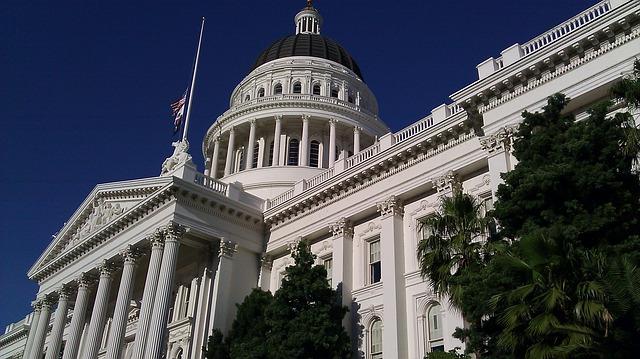 Update: In July, 2021, Governor Newsom signed a budget that includes $7.5 million for this program, which will provide up to $25,000 per survivor, as well as funds for plaques and markers raising awareness about this unjust history.

The resurgence of support for the message and movement of Black Lives Matter in the current moment makes even more visible the eugenic ideology underlying so much of what we activists are fighting against today. Eugenic thinking links the oppressive notion that some lives are worth more than others; the ability of those unaffected by state violence to look away from the atrocities committed with our public funds; and the acceptance of inhumane incarceration in prisons and state hospitals, particularly the disproportionate numbers of Black and brown people, poor people, and people with disabilities.

In the midst of a global awakening to the realities of state violence and other forms of oppression, California has an opportunity to right some of the wrongs committed within the walls of its own institutions in the name of eugenics.

Assembly Bill 3052 would establish the Forced Sterilization Compensation Program to compensate survivors of California’s eugenic sterilization laws on the books from 1909 to 1979; and survivors of involuntary sterilizations in women’s state prisons after 1979.

Between 1909 and 1979, more than 20,000 people living in California state institutions were involuntarily sterilized, making up one-third of state-sponsored sterilizations around the country in the 20th century. All people affected were classified as having disabilities or deemed “unfit for reproduction.” The majority were women and girls, and disproportionately Latinas and poor people.

In 2014, a California investigation revealed that between 2004 and 2006, nearly 150 women from two state prisons were sterilized without proper authorization or consent, and possibly at least an additional 100 women were sterilized starting in the late 1990s. These sterilizations were primarily conducted on women of color and poor white women.

In 2021, when Assembly Bill 3052 would take effect, there will be an estimated 455 survivors sterilized under the eugenics laws and 250 survivors of prison sterilization abuse eligible for compensation.

The bill is authored by Assemblywoman Wendy Carillo and sponsored by California Latinas for Reproductive Justice (CLRJ), Disability Rights Education and Defense Fund (DREDF), and California Coalition for Women Prisoners (CCWP). On Monday June 15, the budget subcommittee will vote on whether to fund implementation of the bill, if passed and signed by the Governor.

This is the third attempt to pass a version of this bill in California. Efforts in 2018 and 2019 are covered in two previous blog posts published in Biopolitical Times:

Once again, the state Assembly Appropriations Committee is holding the bill “on suspense,” meaning it will not move forward without a commitment through the budget process.

With the global outcry on the ground and in our virtual world in response to the murder of George Floyd and so many Black men and women, an increasing number of white people can see that Black lives matter, that the murder of Black people should not be acceptable, and that changes must be made to create the conditions where Black people and communities can be healthy, safe, and thrive.

And given the conditions of a devastating global pandemic, more people understand that decisions in hospitals about who should get ventilators should not be based on discriminatory attitudes about older people or people with disabilities or chronic conditions. Furthermore, the glaring inequities of who is getting COVID-19, who is dying from it, and who is most impacted by the economic and social consequences illuminate the effects of centuries-long discrimination and marginalization of people of color, poor and working class people, and women.

In response to mass demonstrations for Black lives as well as COVID-related advocacy efforts to affirm the lives of people with disabilities, the state legislature is considering numerous essential bills to change “business as usual.” As part of this legislative agenda, California must take on the legacy of eugenic policies and practices that value some people’s lives more than others and deem only certain people fit to reproduce. Now is the time to take action to rectify the wrongs of another form of state violence.