Reactions to the COVID-19 pandemic demonstrate that activism can help to counter eugenic thinking, and the importance of the disability rights community to this effort.
By Pete Shanks | 04.18.2020
Biopolitical Times 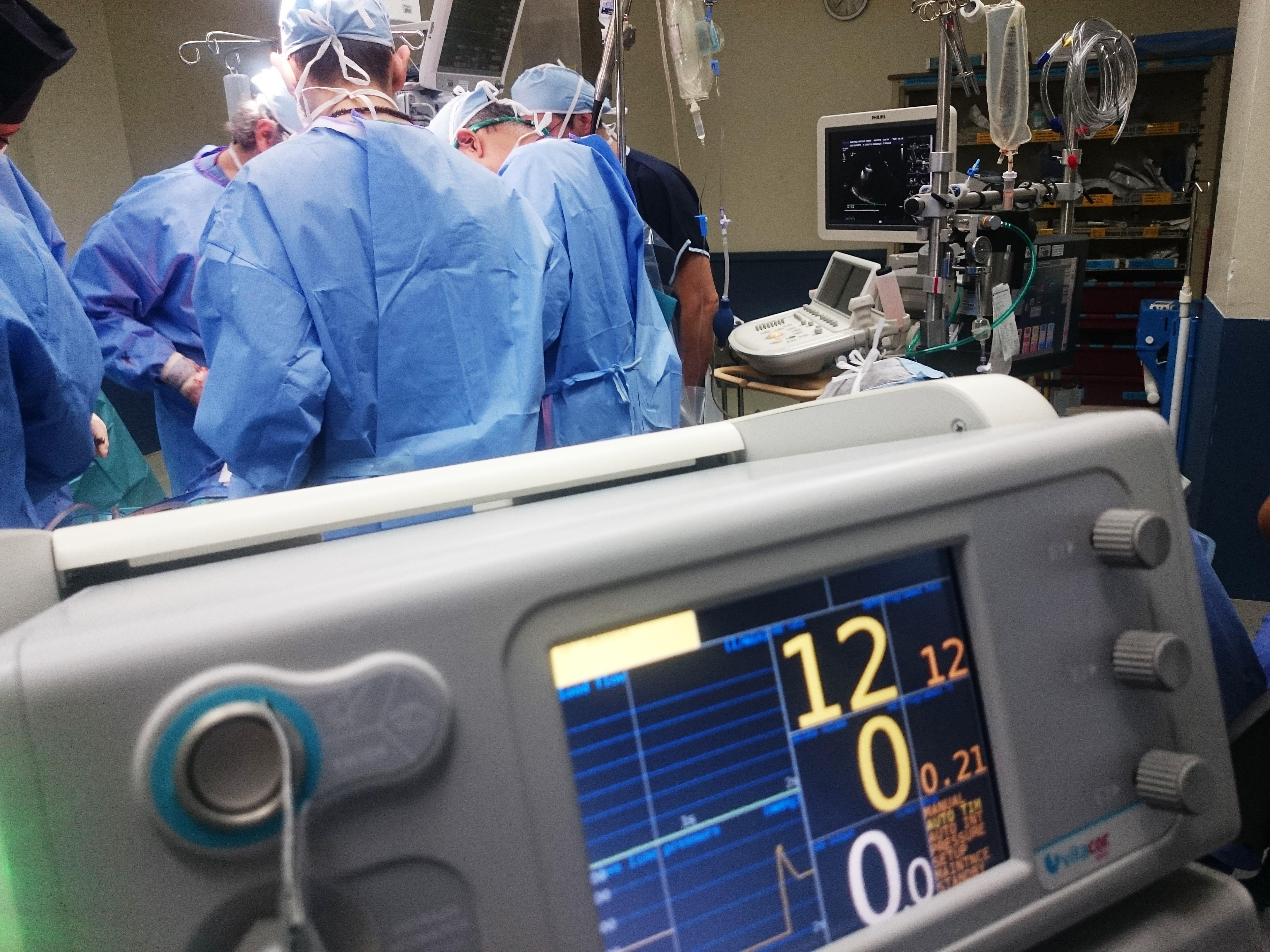 Nothing is normal. Nothing is stable. Nothing is entirely predictable, as the COVID-19 pandemic rages, except that eugenics will raise its ugly head. The context here is resource allocation in a time of medical shortage, and the most obvious victims are people with disabilities, minority communities, and the elderly. But this time, the pushback against eugenic thinking (much of which flies under the false flag of “common sense” or even bioethics) has been widespread, notably from disability rights activists, and seems to have had some positive results.

The issues were of course immediately obvious to those most affected. “Don’t they know sick and old people can read?” one chronically ill person quipped, as quoted by Rabbi Elliot Kukla as early as March 17, in the New York Times. He continued:

The pestilence of ableism and ageism being unleashed is its own kind of pandemic. ... The feeling of being disposable is not new to me. It is knitted into my bones and sinews. It lives in my cells and the parasites in my gut. I already knew that for many of the doctors and policymakers that my health depends on, that my transgender, fat, disabled body is simply worth less than others’ bodies. This is even more true for my black, brown, poor, disabled and ill friends.

Rabbi Kukla recalls the Nazi concept of “useless eaters,” and turns this tragedy into a call for holiness, and for “unwavering belief that each of our lives is worth saving.”

Another of the most heart-rending pieces directly addressed the assumptions being made about who should be favored in triage decisions. Written by disability rights activist Alice Wong, it was published in Vox on April 4 under the title:

I’m disabled and need a ventilator to live. Am I expendable during this pandemic?

Her forceful answer is actually reflected in law. The official government response is, as it should be, No! The Office for Civil Rights at the U.S. Department of Health and Human Services (HHS) specifically stressed this point in the March 28 Bulletin: Civil Rights, HIPAA, and the Coronavirus Disease 2019 (COVID-19):

Persons with disabilities, with limited English skills, or needing religious accommodations should not be put at the end of the line for health services during emergencies. Our civil rights laws protect the equal dignity of every human life from ruthless utilitarianism.

Much of the credit for this goes to the disability rights community, whose work over decades — indeed centuries — has clearly had an effect. Two supportive letters to HHS in March and April from Senators and Representatives (1, 2) cited their work. And the activists have not stopped. On April 17, over 400 aging, disability, and patient organizations wrote to HHS, urging the department to issue further guidance about the application of federal non-discrimination laws to plans for rationing scarce health care resources during the COVID-19 pandemic.

The Washington Post published a piece on April 6, also emphasizing that “health systems should not deny needed treatments simply because a patient has a preexisting disability.” Nevertheless, fears persist, and with good reason. On April 8, the Center for Public Integrity published an analysis of policies and guidelines about allocating scarce ventilators in 30 states, and concluded that 25 of them “had provisions of the sort advocates fear will send people with disabilities to the back of the line for life-saving treatment.”

Katrina N. Jirik, writing at Harvard Law School’s Bill of Health blog, calls for updating state guidelines to specifically include the perspectives of people with disabilities.

Many of the guidelines state that the decision to treat needs to consider co-morbidities and anticipated resource use in the future. This is updated eugenic thought, whereby you have only the survival of the fittest, with an assumed understanding of what “the fittest” actually entails. … It ignores the societal discrimination and institutional barriers people with disabilities must deal with, things that are not an aspect of their disability, but of society’s belief about their disability.

Forbes published a useful analysis of ableism by Andrew Pulrang that debunks at some length several myths, of which perhaps the most disturbing is the last: “Ableism may be harmful, but it isn’t intentional or hateful.” He has several responses to this, including the brutal question:

If a person believes society is better off with fewer disabled people, is that just an interesting theory, or is it hate?

Does that matter? he asks. Well, he points out, there is historical precedent:

In its heyday, eugenics was more than a sober scientific assessment. It was a positive passion for true enthusiasts, and not just in Nazi Germany.

Ableism, like any form of prejudice, mostly lies hidden among the privileged (“able-bodied” people) and even, as Pulrang notes, among some disabled people. It can be hard to avoid, even in academic circles.

As medical shortages became obvious in the second half of March, so did the questions addressed in Fair Allocation of Scarce Medical Resources in the Time of Covid-19 (Ezekiel J. Emanuel and nine others, New England Journal of Medicine, March 23). A short summary of this carefully detailed but seriously limited paper can be found in an approving series of tweets by Esther Choo:

Guidelines like these may seem like a cold equation. But we need them to "ensure that individual physicians are not faced with the terrible task of improvising decisions about whom to treat..." which "could exact an acute and life-long emotional toll."

This is jaw-droppingly blunt. It prioritizes the feeling of physicians over the lives of their patients. Moreover, is she not aware of the 1954 science fiction story The Cold Equations? As Cory Doctorow has explained, the plot is intellectually dishonest and represents “a willful and destructive blindness”:

The thing about Cold Equations is that they aren’t the product of unfeeling physics. They are parameterized by human beings. … They have something to teach us, all right: that stories about how we can’t afford to hew to our values in time of crisis are a handy addition to every authoritarian’s playbook, a fine friend of plutocrats, and they reek of self-serving bullshit every time they’re deployed.

David M. Perry replied to Choo with a link to Doctorow and this forthright assessment:

Justifying eugenics as necessary because of "cold equations" is still eugenics.

George Annas is a Distinguished Professor of Health Law, Ethics & Human Rights at Boston University, and co-founder of Global Lawyers & Physicians, an NGO dedicated to promoting health and human rights. He took to BU Today to debunk six “Pandemic Myths That Deserve to Die.” Myth number five is the most relevant to disability issues, even though the rebuttal does not specifically mention them:

When the choice is between providing the last ventilator to an 80-year-old or a 40-year-old, the 40-year-old should always get it.

No. This is age discrimination and irrelevant to ethical decision-making. While it seems more acceptable than discriminating on the basis of gender, race, religion, national origin, or other clearly unacceptable prejudices, it is just as arbitrary. It would seem fair to flip a coin, but although this promotes equality, it seems too callous and impersonal when an identifiable human life is at stake. The medical status of the patient is the primary determinant of what interventions are indicated.

The risk of eugenics is not restricted to hospitals. The whole concept of “herd immunity” and a market-style response to the pandemic is fundamentally problematic, as Vito Laterza and Louis Philippe Romer pointed out in Al Jazeera on April 14:

It is hard not to read eugenic implications in this kind of thinking: the “herd” will survive, but for that to happen, other “weaker” members of society need to be sacrificed.

Even before the pandemic, we were seeing ample evidence that eugenic thinking is still with us — and that there are also a lot of people pushing back and pointing out its flaws. COVID-19 makes some immediate life-and-death effects fully apparent, and we should be ready to call out subtler forms when eugenic thinking eventually slips back beneath the surface. And we should especially keep listening to disability activists when they point out the eugenic trajectories of medicine and biotechnologies.

Photo by Natanael Melchor on Unsplash