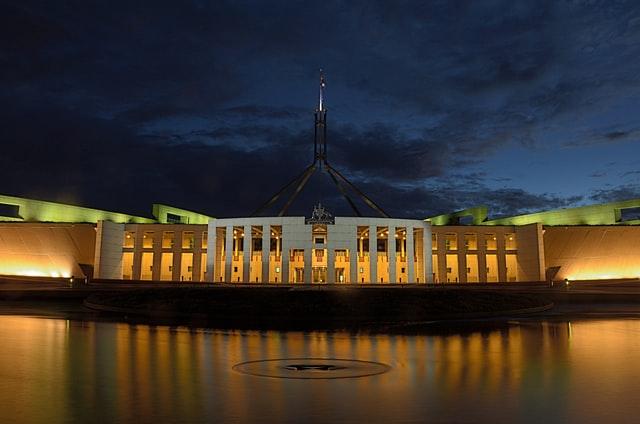 Photo by Michael on Unsplash

The Australian government is currently considering legalizing “mitochondrial donation,” also known as “3-person IVF.” Australian law currently prohibits creating embryos using DNA from more than two people. The prohibition is found in the same law that prohibits modifying genomes that will be passed on to future generations (heritable genome editing or germline modification). Australia is one of more than 70 countries globally, including Canada, Germany, and France, that prohibit germline modifications on embryos that would be implanted in a woman’s uterus to create genetically modified children.

Recently, Australian Health Minister Greg Hunt announced the Department of Health’s intention to permit mitochondrial donation, a technique that modifies the human germline without changing nuclear DNA. The Department of Health is currently accepting feedback until March 15, 2021 during its public consultation process. Hunt plans to introduce legislation to Parliament for a “conscience vote” to modify two laws that currently prohibit mitochondrial donation.

Mitochondrial donation is an unproven, highly experimental procedure that is promoted as a way to help a small number of women with a specific kind of mitochondrial DNA (mtDNA) disease have healthy and genetically related children. The technique involves obtaining a donor egg from a woman unaffected by mtDNA disease, removing the nuclear DNA from the donor egg, and inserting the nuclear DNA from the mother’s egg into the donor egg. The reconfigured egg is fertilized with sperm to create an embryo. Mitochondrial donation modifies the embryo by changing the mitochondrial DNA that is passed on to future generations through the maternal line.

To be clear, mitochondrial donation is not a treatment for mtDNA disease in existing patients. And there are other options, like using donor eggs, that would allow at-risk women to have unaffected children.

There is conflicting scientific data and opinion about whether the procedure would work as intended, and there are very serious potential risks. Only a few infants worldwide have been born following this procedure. Scientists declared that the children appear healthy, but offered no evidence to support such a claim.

The risks are not simply that it would not work, but that this procedure itself could cause serious disease including developmental disorders, expedited aging, increased risk of cancer, or premature death in any resulting child. There has been very little discussion of the risks to women, including the short- and long-term risks of egg donation.

During an Australian Senate Committee hearing on the issue, several stakeholders asserted that the current law should not apply to newer, more promising techniques of mitochondrial manipulation. But scientists will always produce a newer iteration of technology; the very purpose of the law is to provide guardrails and principled limits on acceptable uses of science.

How we refer to a procedure matters. Placing parents’ suffering at the forefront of the debate appeals to the very core of what people want from reproductive medicine and technology: a chance to eliminate disease and have “healthy” genetically related children. But mitochondrial donation is overly optimistic speculation, not a benevolent medical cure.

Mitochondria are organelles found in almost every cell in the human body that serve a number of functions including energy production, controlling metabolic processes, and programming cell growth and death. Mitochondria also interact with our nuclear DNA, which impacts how cells function and grow throughout our lifetime. Mitochondrial disease can be devastating, resulting in organ failure, seizures, or developmental delays. There is no cure for mitochondrial disease.

While mitochondrial donation is often proposed to address certain types of mitochondrial disease, a number of scientists think it should also be used to treat general infertility. In countries without regulatory oversight, it is already being advertised and sold as a fertility treatment. Widespread use would open up a much larger and more lucrative target for the global infertility market: a profit-driven industry that has come under scrutiny for selling “false hope.” Advertisements for mitochondrial donation as an IVF add-on demonstrate the proponents’ goal to normalize this controversial technology.

In 2015, the UK Parliament approved the use of mitochondrial donation only in efforts to prevent the transmission of mtDNA disease. Australian Health Minister Hunt has described using the UK as a model for regulating access to mitochondrial donation at a single clinic during initial stages before making it available more broadly. However, Parliament should exercise caution when turning to the UK’s approach.

Regulatory bodies in both the UK and US held extensive scientific meetings at which scientists, physicians, and ethicists discussed potential benefits and serious risks of mitochondrial donation. Despite discussion of substantial risks and the assertions of multiple scientists this technology may never be safe, official meeting summaries dismissed known risks as insignificant and elevated speculative benefits as highly promising. Public deliberation of scientific policy must closely examine whether available evidence actually supports the proposed change.

Parliament can acknowledge the lure of technology, but affirm the unacceptability of capitalizing on parents’ desire to have a genetically related child using an unproven and highly risky technology that places children – and future generations – in harm’s way.

If you would like to contribute to the public consultation, you can find more information on the Australian Department of Health Consultation Hub.

Katherine Drabiak, JD is an Associate Professor in the Colleges of Public Health and Medicine at the University of South Florida.