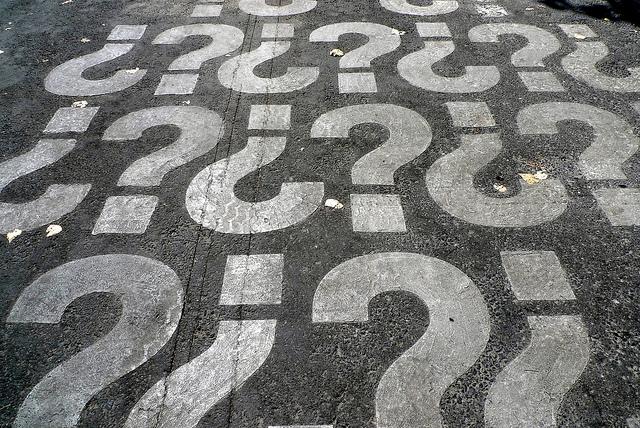 Last week, prominent researchers raised doubts about the findings of this study. But this developing scientific controversy raises additional questions about the initial reporting of this research. The largely celebratory coverage shaped public understanding of the issue of human gene editing, but numerous articles repeated misleading claims and left out much needed critical questioning.

Reports of gene editing “breakthroughs” are likely to become even more frequent in the near future. It’s worth taking a moment to look back at some of the oft-repeated questionable claims that were made in reporting about the work of Mitalipov and his team, in order to avoid reproducing them when news breaks of the next big development.

With that in mind, here are 7 of the most common—and most troubling—questionable claims we saw in media coverage of this story.

Has gene editing in human embryos been proven safe?
Not at all, despite the numerous news articles that highlight the terms “safe” and “safety.” The OHSU researchers claimed that they edited human embryos without off-target effects or mosaicism, two negative outcomes that had raised serious safety concerns in previous attempts. However, this tells us nothing about the ultimate safety of creating genetically modified human beings. We still don’t know what kind of problems might emerge as the embryo develops, in the resulting individual as a child or adult, or in future generations.

Is gene editing now able to cure serious genetic diseases?
Not really. In the recent study, no existing person was cured or treated. Researchers created embryos in the lab, injecting CRISPR-Cas9 at the same time as they fertilized the egg. Seventy-two percent of the resulting embryos did not show the specific mutation carried by the father, compared to the expected 50 percent. The researchers hypothesized that a previously unknown natural cellular mechanism, paired with CRISPR, replaced a gene carrying this mutation with the “healthy” version of the gene from the oocyte. If true, this would be a significant finding. But it does not advance our current capabilities for preventing genetic diseases in future generations, nor does it contribute to developing somatic gene therapies.

Is gene editing the “best” or “only” option for couples who want to prevent inheritance of a genetic disease?
No, but most news articles omitted this question. Germline editing is unnecessary to prevent transmission of the vast majority of genetic conditions. In fact, we already have a proven, safe method called preimplantation genetic diagnosis (PGD), which allows for screening embryos during IVF and only implanting those that are unaffected by the genetic condition. This also prevents transmitting the genetic condition to future generations. There are only a very few cases where PGD would not be effective.

Was this research conducted primarily to advance scientific knowledge?
Perhaps. The researchers did not implant the embryos and claim they had no intention to—at least this time. However, both the published paper and the authors’ comments to reporters have been explicit about their desire to take this step as soon as possible, something that many find troubling. Jennifer Doudna noted in Science magazine that this research made her “uncomfortable.” She explained, “It’s not about research, I don’t think. It’s about how we get to a clinical application of this technology.”

Was this research legal?
Yes. Researchers underwent the required review by the university’s ethics review board. The project was privately funded, which means it was not subject to the prohibition on using federal funding to conduct research on embryos. The FDA currently cannot consider any clinical trial applications that involve genetic modification of human embryos. So, although there are agency regulations constraining human germline editing, the United States has no laws prohibiting human germline modification—unlike dozens of countries around the world.

Was this research in line with ethical recommendations?
Not entirely. Beyond receiving IRB approval, the researchers have pointed out that their work is in line with the recommendations provided by the National Academies of Sciences February 2017 report on human gene editing. However, examining the timeline raises questions about this claim. The researchers requested and received ethics approval in 2016, well before the NAS released its report.

Further, the research would not qualify under the conditions set in the report, both because their research clearly aimed to further gene editing for reproduction and because PGD provides a reasonable alternative to germline editing for the disease they studied. The researchers seem to have taken the report as retroactive approval for their work. But the more disturbing reality is that they were willing to proceed when scientific and regulatory discussions of human gene editing were in their infancy, and before the public had a chance to weigh in.

Is it time to worry about “designer babies?”
This is the wrong question. “Designer babies” tends to be a catch-all term for any and all concerns about the ethical and social consequences of embarking on human germline modification. Instead of thoughtful consideration, this question leads straight to a technical debate over whether we can or can’t actually make so-called “designer babies” and how far away they may be. Some questions that urgently need answers (regardless of our current ability to “design” babies): How will existing inequalities shape how human gene editing is developed and used? What new forms of discrimination or inequality might arise from our use of germline editing?

Making changes to the human germline is a step with profound implications for humanity today and in future generations. Who is going to make these decisions about whether human genetic modification will move forward? It shouldn’t be left to a few teams of scientists or small committees. People with a wide range of opinions on human genetic modification agree that we need to put processes in place that will make it possible for the public to participate in these decisions in a meaningful way. Each new technological advance makes it clearer that the time to do so is now, while there are still decisions to be made. Careful media coverage of human gene editing is vital, because it shapes the terms of these discussions and even whether they will happen at all.

Dr. Stuart Newman: “It Seems to Me That We Are Headed for A Techno-Eugenic Future”

Prospective people are not any doctor’s patient, nor are they any future parent’s property to be made to order.
Animal Biotechnologies

Why the ‘molecular scissors’ metaphor for understanding CRISPR is misleading

Last week I read an article about CRISPR, the latest tool scientists are using to edit DNA. It was a great piece – well researched, beautifully written, factually accurate. It covered some of the amazing projects scientist are working on...