This May Be The Most Horrible Thing That Donald Trump Believes 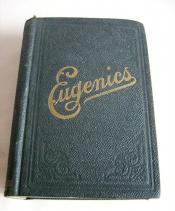 Republican presidential nominee Donald Trump has offered a litany of racist comments, which it turns out may be rooted in his deeper belief in the inherent superiority of some people ― and not others.

The Frontline documentary “The Choice,” which premiered this week on PBS, reveals that Trump agrees with the dangerous and abusive theory of eugenics.

Trump’s father instilled in him the idea that their family’s success was genetic, according to Trump biographer Michael D’Antonio.

“The family subscribes to a racehorse theory of human development,” D’Antonio says in the documentary. “They believe that there are superior people and that if you put together the genes of a superior woman and a superior man, you get a superior offspring.”

The Huffington Post dug back through the archives and found numerous examples of Trump suggesting that intellect and success are purely genetic qualities and that having “the right genes” gave him his “very good brain.”