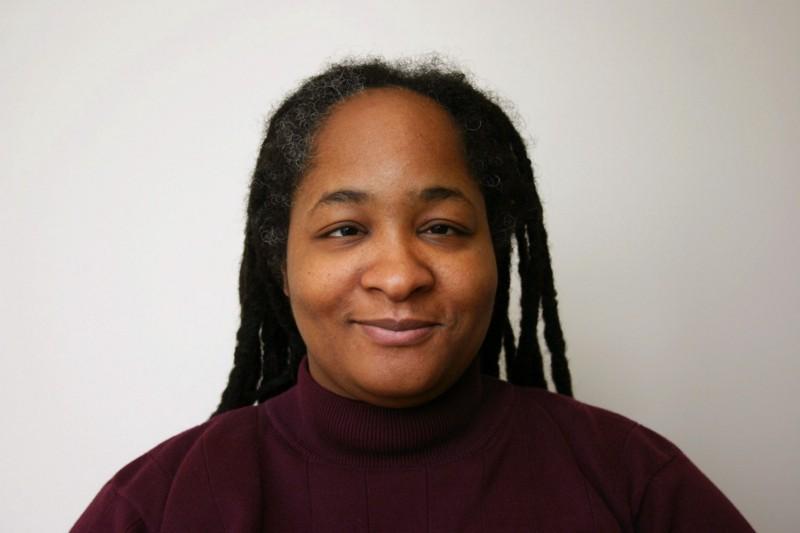 On April 24, I will be a panelist on a webinar entitled “A Conversation on Disability Justice & Human Genetic Engineering.” Joined by fellow activist Mia Mingus, sociologist and bioethicist Tom Shakespeare, and feminist disability studies scholar Rosemarie Garland-Thomson, I will talk about my views on gene editing and what this means for people with disabilities, people of color, and humanity in general.

My activism channels the civil rights activists of the ‘60s, who used civil disobedience to fight for the rights of Black people in America. For 31 years, I have been a member of a grassroots disability rights group called ADAPT. I have fought for disability rights and justice in the areas of physical access to public places; access to public transportation; voting rights; the right and freedom to live at home instead of in institutions; emergency preparedness; and the fight against physician assisted suicide. In 31 years, I have been arrested 126 times in acts of civil disobedience. I have also served on numerous committees, commissions and boards at the local, state and national levels. This includes working with lawmakers at all levels, being invited twice to the White House, meeting three sitting US Presidents, and helping to write a piece of legislation that is included in the Affordable Care Act.

I am excited about this chance to bring my experience and share my thoughts on human genetic engineering, especially from my perspective as a working class Black woman with disabilities. Human genetic engineering isn’t counted as one of the “usual” disability and racial advocacy issues, even if this technology, whether used for disease eradication or human trait enhancement, spells bad news for the disability community and racial minorities, particularly Black people with disabilities like me. The vast majority of disability rights activists, especially those of us living in poverty, tend to use our energy to fight for basic civil rights. Our work focuses on the things I’ve devoted my activism toward like simple access to public places and public transportation, living at home in our communities rather than in institutional settings, and the right to education for disabled students. Fighting for other rights for people with disabilities isn’t necessarily frowned upon. But people who can engage in that kind of activism can be seen as having a certain level of privilege that allows them to do so.

I’m excited to help bridge the gap by talking about human genetic engineering, especially because it directly impacts the communities I’ve been fighting for.

There is a history of Black Americans and people with, or perceived to have, disabilities being subjected to unwanted procedures. This includes state-sanctioned sterilization, as well as having our communities exposed to scientific “studies” and experimentation without our consent or knowledge. So, it’s not surprising that when it comes to an experimental procedure like genetic engineering, we are going to have our suspicions.

Though gene editing is presented as a way to prevent “serious” diseases, it could be used to prevent all disabilities.

This webinar topic will be important in my activism because ordinary activists like myself aren’t really having these discussions. Rather, most discussions on human genetic engineering are led by academics, biomedical researchers, and other people who have a higher socioeconomic status than me.

Disability rights activists, especially those of us willing to commit civil disobedience and be arrested and jailed, almost always live at, near, or below poverty levels. There are some middle class disabled activists, and one or two wealthy activists, but overall, many of us are poor or working class. I believe the reason for this is that we have less to lose than academics or wealthier people. It is my personal experience that people with disabilities who have some level of privilege tend to look down on us who engage in civil disobedience. It is no surprise that academics, who must worry about funding, tenure and getting published, among other things, wouldn’t have time, or sometimes even the inclination, for the type of activism that I and others like me do on a regular basis. Let’s admit it, there are also issues of class and privilege to consider.

Even if there are positive aspects to human genetic engineering, due to the ableist and racist nature of health care, Black people, people of color and people with disabilities will not reap the benefits, if there are any. Instead, they’ll be more likely to suffer from the negative effects, including increased discrimination, that are sure to come from this.

This webinar is important to me because it will broaden my horizons and mark me as a well-rounded activist. As a non-academic, I can speak and do advocacy around this as someone who shares many experiences with ordinary people. White people tend to be the face of the disability rights movement and academia, so as a Black woman, I am proud and honored to have been asked to join this panel.

Ableism Enables All Forms of Inequity and Hampers All Liberation Efforts

As I’ve continued to think more about the phenomenon of “disability,” I am compelled to rethink “ableism” beyond a hegemonic system that specifically applies to those who are deemed disabled. In other words, I have begun to rethink how ableism...

Groundbreaking CRISPR treatment for blindness only works for subset of patients

After some early but cautious optimism, a company is shelving its pioneering gene-editing treatment for a rare inherited blindness disorder. Editas Medicine announced today the trial trying to use the gene editor CRISPR to treat Leber congenital amaurosis 10 (LCA10)...