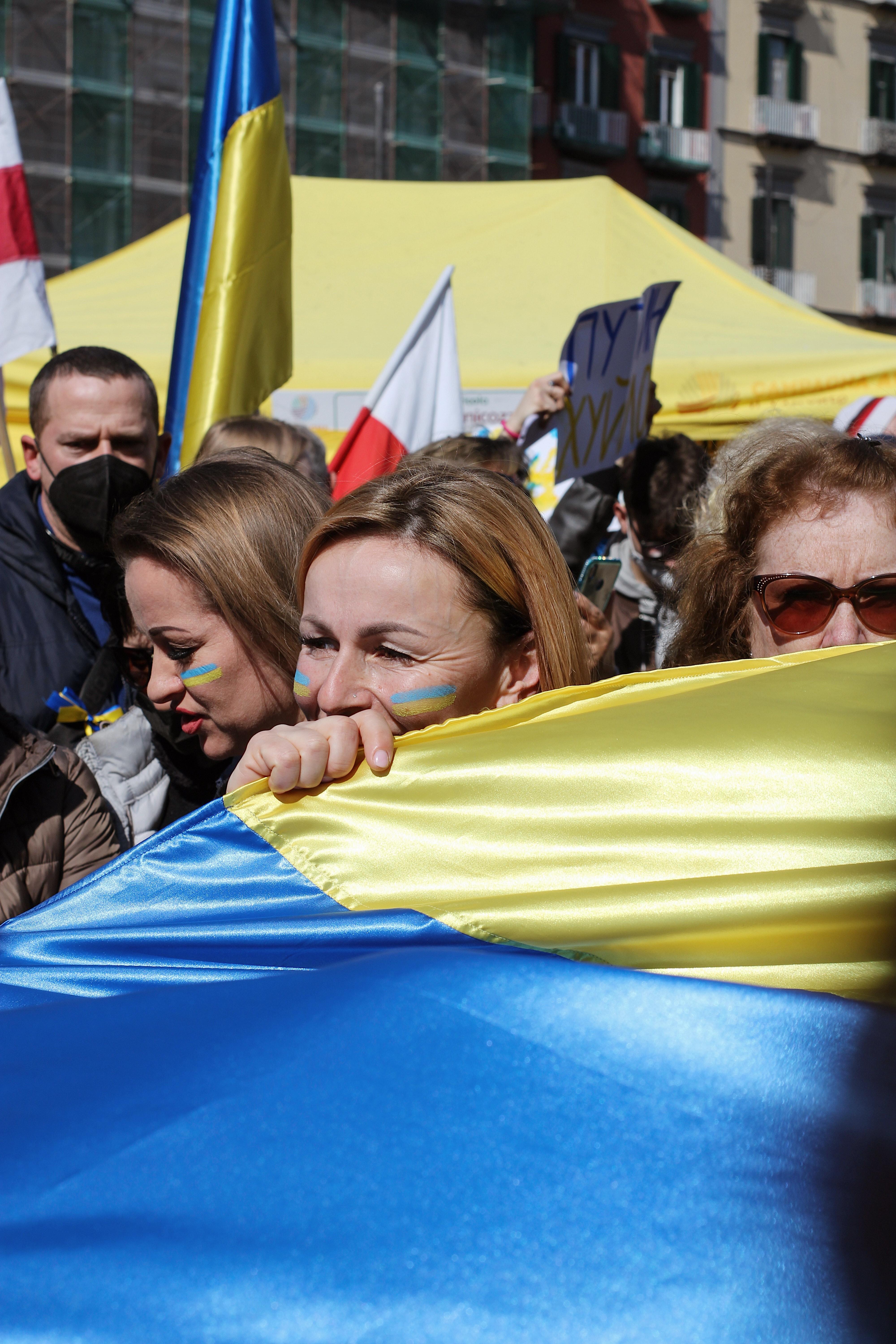 For a roundup of recent articles on the impact of the war on surrogacy, see this page at Surrogacy360, a project of the Center for Genetics and Society

Photos and videos of newborns lined up in plastic cots in a Ukrainian hotel room plastered the news at the beginning of the COVID pandemic; their parents were unable to reach them due to travel restrictions. As soon as Russia invaded Ukraine over a month ago, similar images emerged – though instead of a hotel room, it’s now a bomb shelter.

Ukraine is one of the largest hubs for international surrogacy in the world, second only to the United States. The booming industry means that hundreds of babies are again separated from their parents in other countries. And despite the ample news coverage of the plight of the babies and their parents, the stories of Ukrainian surrogates are yet again glaringly scant. The women who are gestating and delivering the babies – in wartime conditions – are largely invisible, despite the extremely difficult decisions they are facing about their own safety, that of their own children and families, and of the babies they are bringing into the world for someone else.

Some of the recent news coverage:

While none of this coverage featured the surrogates involved, a number of other articles and commentaries did. An early article in The Atlantic – Ukraine’s Surrogacy Industry Has Put Women in Impossible Positions – and a blog post at BioNews –  Ukrainian Surrogates: a surprising silence – emphasized surrogates’ situations. Other media outlets have also focused on surrogates, including

But by and large, stories about surrogacy in wartime Ukraine have primarily focused on dramatic rescues of newborns and harrowing border crossings. These tales illuminate the disparities between intended parents and surrogates: The former, from wealthier countries, typically have financial and other resources; the latter, who were already facing dire economic circumstances, are navigating a war zone in their own country or refugee status in another.

Context of Surrogacy in Ukraine

The war’s impacts also illuminate the ways in which surrogates’ rights and well-being have been ignored in an industry that is largely unregulated and has been rife with scandal. Surrogacy in Ukraine has boomed since 2018 when India, Thailand, and Nepal enacted prohibitions on international surrogacy due to widespread exploitation of women. Minimal regulation and low costs in Ukraine make it a popular destination for foreigners—though legal only for married heterosexual couples. Ukraine is the poorest country in Europe, creating economic hardship that makes surrogacy look more attractive for women seeking financial stability.

The number of babies born through surrogacy in Ukraine is now estimated at about 2500 a year in some of the country’s 60 fertility clinics. One clinic reports they were doing 100 embryo transfers a month before the war, resulting in 60-70 pregnancies. Between 500 and 1000 babies will be born to Ukrainian surrogates in the next few months.

Before the war started, some Ukrainian clinics offered to move surrogates to safer parts of the country. Since the invasion, intended parents have struggled to find out the location and condition of the babies and the surrogates with whom they are working: Are they still in Ukraine, or have they fled the country? Have they given birth? Are the babies in bomb shelters, or in the care of surrogates? Have surrogates in early months of pregnancy chosen to terminate? Generally, Ukrainian agencies do not allow direct contact between parents and surrogates, but many have figured out ways (such as Facebook) to get in touch since the war began. Still, no one knows the full impact of the war on the surrogates and babies.

The difficulties facing surrogates in wartime Ukraine, and the lack of attention to their situations, echo other episodes during which international surrogacy arrangements have gone terribly awry. In 2015, when an earthquake devastated Nepal, 26 surrogacy-born babies with Israeli parents were evacuated by the Israeli government, but the surrogates were left behind. In 2018, 30 pregnant surrogates in Cambodia were imprisoned for “cross-border human trafficking” and only released five months later when they agreed to raise the children themselves.

How to assess Ukraine’s regulation of surrogacy arrangements depends on whom you ask. Many countries that permit surrogacy deem the woman who gives birth the legal parent until a designated procedure, usually a court order or adoption, transfers parentage to those who commissioned the surrogacy. Additionally, the process and paperwork to grant the babies the nationality of the parents can be cumbersome at the least and, in some cases, impossible. Surrogacy agencies and clinics hail Ukraine as a beacon because its law is oriented to benefit the intended parents, recognizing them as the legal parents from the moment an embryo is created. And a surrogacy-born child in Ukraine is granted the nationality of their parents in a simple process, as long as both parents are present to complete the paperwork.

Advocates for women’s health and rights, on the other hand, decry the lack of any regulation in Ukraine to safeguard surrogates. Examples would include the right to make her own health and welfare decisions—including whether to terminate the pregnancy or not, independent of the parents’ desires—and to have her own legal representation to advocate for her best interests. Scandals at the biggest Ukrainian surrogacy agency BioTexCom and with a US lawyer who sent surrogates for embryo transfers in Ukraine raised red flags for years about the lack of regulation and oversight. A 2018 article reported on exploitative conditions for surrogates and quoted a Kyiv lawyer about the illegality of two-thirds of the industry.

Concerns about the lack of regulation in Ukraine also surfaced at the beginning of the COVID pandemic, when hundreds of babies were stranded. A policy debate began about whether to allow and enact greater regulation of surrogacy or ban it altogether, but apparently no action was taken.

Whether Ukraine’s surrogacy industry will re-emerge after the war is unclear. If it doesn’t, companies will likely move to other jurisdictions with little or no regulation and low costs, likely elsewhere in Eastern Europe or in Africa where the surrogacy industry is already burgeoning.

The chaos of the pandemic and the war in Ukraine have brought more attention to the power imbalances between parents and surrogates, the inadequacy of clinic oversight, and the commodification of women’s reproductive capacity, all of which are common elements in the global surrogacy industry.

In light of all this, surrogates’ stories must be heard. Most importantly, countries that allow surrogacy must enact comprehensive regulation that safeguards the health and rights of all parties involved – in particular for those who are so frequently sidelined, the surrogates.

Find information about the health, legal and ethical issues surrounding international surrogacy at Surrogacy360, a project of the Center for Genetics and Society.