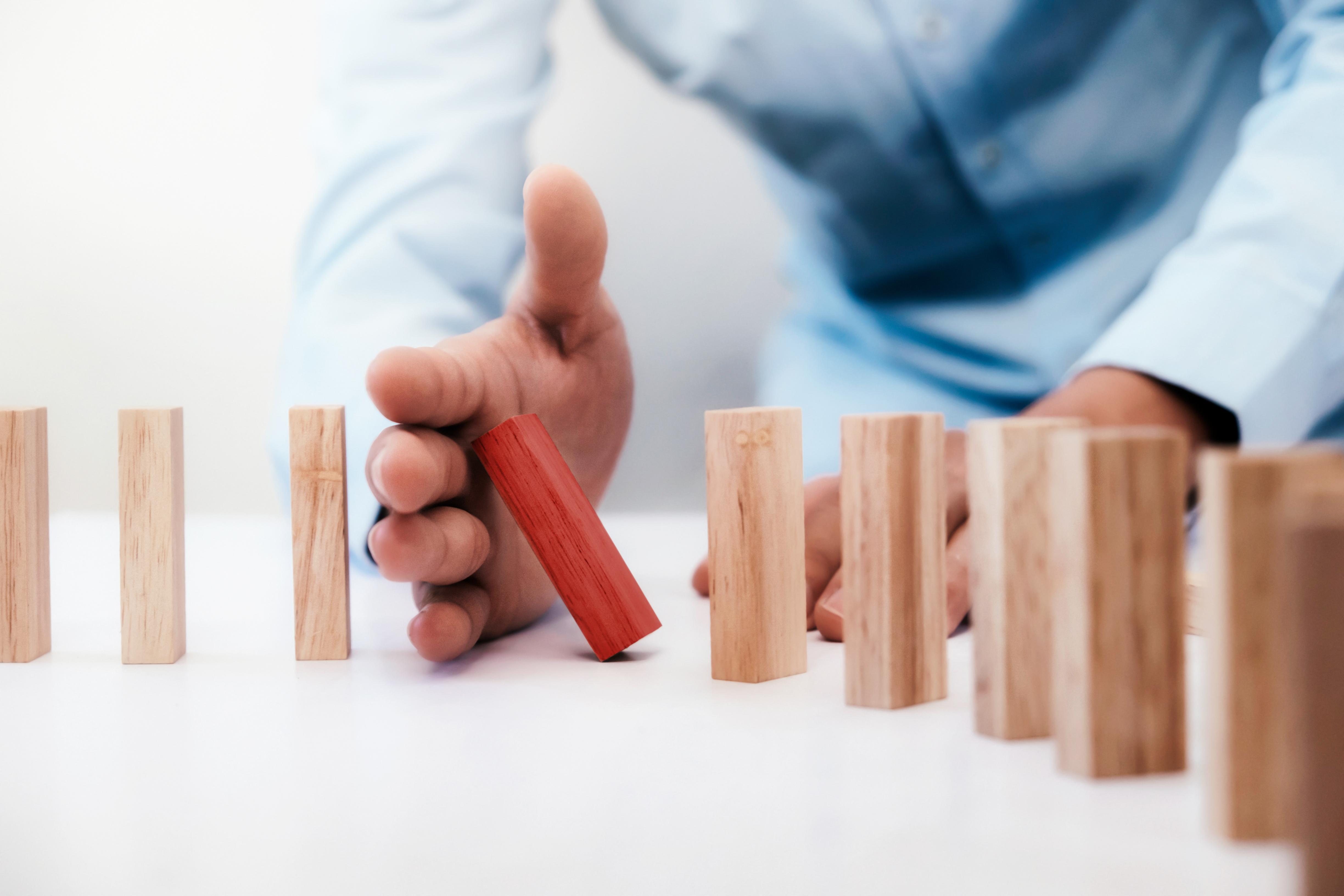 It was a moderately skeptical story about molecular biologist Denis Rebrikov, who hopes to do more successfully what He Jiankui attempted last year: to disable the CCR5 gene in human embryos, initiate pregnancies with them, and thus afford the resulting children some immunity to HIV (albeit at the cost of increased susceptibility to influenza and West Nile virus and possibly shorter life expectancy). Reporter David Cyranoski ended his piece:

Rebrikov understands that if he proceeds with his experiment before Russia’s updated regulations are in place, he might be considered a second He Jiankui. But he says he would only do so if he’s sure of the safety of the procedure. “I think I’m crazy enough to do it,” he says.

Several days later, Jon Cohen interviewed Rebrikov for Science. Cohen pushed him into admitting that only about 30 HIV-positive women in Russia (out of roughly 35,000) would qualify for his “target group.” That started to get at the real issue. Rebrikov continued:

CCR5 editing is just a proof of concept. If I can’t find an HIV-infected woman who doesn’t respond to ARV therapy and wants to be pregnant, I’ll look for different cases where both parents have a homozygous mutation for some genetic disease, like dwarfism, deafness, or blindness. We need models to start to use CRISPR embryo editing in clinical practice.

Asked what he thought of germline editing “for enhancement of things like running speed, IQ, or eye color,” Rebrikov replied:

It will be the next step. But in 20 to 30 years. Now, I’m opposed to it. In 2040, I’ll support it. I’m not against the idea itself. And these people who are opposed want to have all these things in their children but only by “divine providence,” not by science. They are liars or stupid.

He doubled down on enhancement in an interview with Rob Stein of NPR:

For my child, I'd like smarter, maybe stronger and faster.

Scientists and bioethicists almost unanimously condemned Rebrikov’s plans. “The technology is not ready,” was the immediate reaction of both Jennifer Doudna, one of the discoverers of CRISPR, and Dieter Egli, who is already gene-editing embryos “for research purposes.” Doudna later explained:

At this point, we don’t really understand how embryos deal with DNA repair. A lot of work needs to be done in other kinds of embryos, just to understand the fundamentals.

Indeed, Rudolf Jaenisch, who has been genetically modifying mice since 1974, “doubts that researchers will ever be able to rule out the possibility of mosaicism in an embryo.” Because of this possibility, it will never be feasible to determine whether an experiment was a success, even when embryos are checked using preimplantation genetic diagnosis (PGD).

Even George Church, who is renowned for pushing the boundaries of acceptability, approved of “some exceptional scrutiny” while cautiously mulling over “the risks and benefits.” Bioethicist Alta Charo, who is deeply involved in controversial discussions about how (and whether) to regulate gene editing, flatly asserts:

This is irresponsible. My biggest worry is that he's going to bring about the birth of children who are going to suffer because he wanted to play around.

Some of the strongest criticisms came from Fyodor Urnov, one of the pioneers of somatic gene editing, who is convinced that an injectable gene therapy to knock out CCR5 is less than a decade away. He tweeted that:

Embryo editing is a solution in search of a problem (there is no unmet medical need), and must not proceed. That said, Rebrikov is serious about his plans (I corresponded with him), so this is not a PR stunt.

The primary danger that I see is the slippery slope of irresponsible and dangerous human enhancement. It could open the door to trying to create designer babies.

Rebrikov does have academic credentials and experience. He works at the Kulakov Research Center in Moscow, which is “the major basis for implementation of governmental programs on maternal and child healthcare,” as well as the Vavilov Institute of General Genetics and the Pirogov Russian National Research Medical University. He has published frequently, including a survey of “Human Genome Editing” and a book titled Real Time PCR. As long ago as 2013, he gave a lecture on “The Ordinary Miracle of Genetics” (link in Russian) that was publicized as: “Denis Rebrikov will tell how genetics changes the social foundations of society.”

The day after breaking the story, Nature published a remarkably pusillanimous editorial. The authors of “Act now on CRISPR babies” opposed a moratorium on heritable genome editing, criticized other efforts as too slow, and bravely suggested:

The scientific community now has an opportunity to do what they couldn’t with He — work with Rebrikov to identify and discuss the risks. That’s better done by engaging with him than by branding him a maverick. And Rebrikov must listen to the concerns and the critics, and not move forward until the dangers are assessed.

Anyone who has been paying attention knows that William Hurlbut, Matthew Porteus, Stephen Quake, and perhaps others tried to engage with and persuade He Jiankui not to proceed. Bluntly, it’s not clear how hard they tried, and in any event, they failed. Nevertheless, Charo’s concern is that:

Experiments like this — rogue scientists like this, cowboys like this — they give the technology a bad reputation that leads to overreactions from legislatures and other governmental organizations, and can lead to wholesale prohibitions that are either unwarranted or unwise.

Many disagree. Over 40 countries already ban human germline modification, as does the Oviedo Convention. For those nations the question, if advocates insist on posing it, is whether to reverse a considered decision adopted by elected bodies, in order to legalize this application of gene editing technology.

The legal situation in Russia is unclear, according to a 2017 global survey conducted for the Nuffield Council on Bioethics. Rebrikov does plan to “seek approval from three government agencies, including the health ministry,” but believes that “government approval is not the biggest problem, it’s not the bottleneck.” In light of his comments, perhaps the most constructive response to the news came from the lab of Kathy Niakan, who has been permitted by the British government to edit the genomes of human embryos for research. The lab’s representatives tweeted:

We are deeply concerned about this news. The technology is at its infancy and without concrete data to support the safety of this methodology it is morally reprehensible to apply it in this way.

Pressure on the Russian government will be crucial to preventing this particular experiment. Both the president of the U.S. National Academy of Medicine, Victor Dzau, and Margaret Hamburg, who is co-chair of the World Health Organization advisory committee on human gene editing, condemned Rebrikov’s stated intention, but neither offered any idea how to stop it.

Meanwhile, high-profile scientists, bioethicists, and other stakeholders have issued increasingly urgent calls for a global moratorium on heritable human genetic modification. Eric Lander, who with many other distinguished scientists is calling for a five-year moratorium, insists that there must be no preconditions as to what happens afterward. The five years are to figure out what we want to do — for example, ban germline editing completely, extend the moratorium, or establish a regulatory mechanism for proceeding.

But another scientist has grabbed global headlines, further increasing the likelihood that individual actors will circumvent broad societal consensus and push human germline modification forward. This must stop.