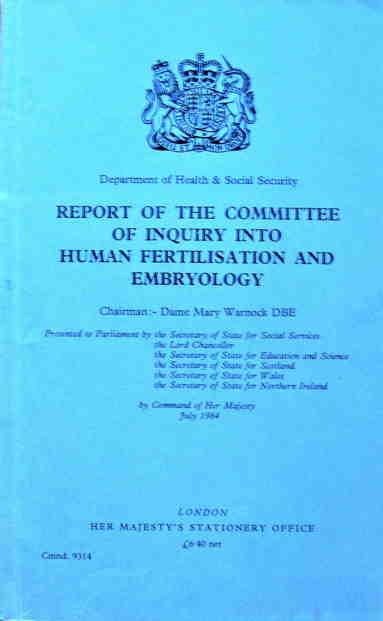 In recent weeks, at least four publications (1, 2, 3, 4) have urged a change to the “14-day rule” that represents a widely accepted limit on in vitro research involving the cultivation of human embryos. Some call for changing the limit to 28 days, another suggests “increments of 2 or 3 days,” up to at least 18 days. The Hastings Center recently issued a Report on Rethinking Human Embryo Research Policies, which focuses more on how the decision should be made than what it should be. Moreover, the International Society for Stem Cell Research will soon publish a formal update to their research guidelines, which currently include the 14-day rule.

The last time there was such a kerfuffle about the topic, about five years ago, scientists had finally managed to cultivate human embryos in vitro to 13 days, so the previously theoretical limit seemed to have practical consequences for the first time. We discussed the question here, comparing the rule to arbitrary but useful automobile speed limits, and citing such experts as Françoise Baylis, Hank Greely, and Jonathan Moreno, who expressed skepticism about revising it. Nothing has changed legally since then, and the science has not moved on quite as solidly as practitioners presumably hoped. So why now? Could it possibly be related to the change of administration in the U.S.?

Perhaps a brief recap is in order. In July 1982, Dame (later Baroness) Mary Warnock was charged by the British government with chairing a Committee of Inquiry Into Human Fertilisation and Embryology. The Warnock Report (as it is usually known), published in the British Medical Journal on July 28, 1984, had two historic consequences: the eventual establishment of the Human Fertilisation & Embryology Authority (HFEA), the first quasi-governmental body in the world mandated with oversight of fertility treatment and human embryo research, and the codification of the 14-day rule, sometimes called the Warnock Rule in her honor.

Baroness Warnock lived to be 94, long enough to witness and comment on later developments as well as her own process of reasoning. In 2017, she wrote:

It took our committee very little time to decide that we would recommend that IVF be allowed to continue, but subject to regulation which should have legal status. This meant law, and law needs certainty. … The number 14 was not arbitrary in the sense that we drew it out of a hat. But it was arbitrary in the sense that it might have been a different number, though not very greatly different. At any rate, a workable law demanded a degree of invariability.

Interviewed in 2018, she again made it clear that the establishment of the HFEA had been her main priority. The Committee had heard “a lot of extreme views” from people opposed to the use of assisted reproductive technology in any circumstance, and limits on embryo development in the lab were, and remain, politically essential:

I personally wouldn’t want it to change. There’s talk now to extend it, but I hope that won’t happen.

Calum MacKellar, director of research for the Scottish Council on Human Bioethics, writing in 2016, noted that “the Report never tried to be rational or coherent when trying to understand why an entity [such as the embryo] should or should not be respected.” So why should the 14-day rule remain? He continued:

But the situation would not improve if this 14-day limit was just extended to another later stage. The same challenges with respect to the rationality of the limit would remain. The UK cannot just continue to prohibit what is useless and legalise what becomes useful in embryonic research … [That] would be just as irrational and meaningless as the concept of the special status of the human embryo.

Stanford lawyer and bioethicist Hank Greely, who has nicely been characterized as “a nonenthusiastic opponent of regulating emerging human biotechnologies” is rarely of the same mind as MacKeller, a much more enthusiastic supporter of regulation. But on this, also writing in 2016, Greely agreed:

On the other side, if we do not use a 14 day rule, what limit will we use? Twelve weeks or so as in many European abortion laws? Viability (at around 23 weeks) as in U.S. abortion law? Human development is a seamless process, but ultimately lines need to be drawn even when – especially when – they do not naturally exist. I do not see a politically, or, for most people, morally acceptable line after 14 days.

Nevertheless, the 2021 Hastings Report mentioned above includes a consideration of what it might take to move forward:

However, although the technological possibility of doing so and the promise of new knowledge are necessary conditions for considering a change to the fourteen-day limit, they alone seem to be insufficient. Deliberations about changing the limit should also take into account the ethical arguments for and against human embryo research, particularly regarding research on more developed embryos. Scientists should not conduct these discussions in isolation. The fourteen-day limit was adopted after extensive and transparent public and stakeholder engagement in the United Kingdom and the United States. Any possible change would benefit from a comparable process.

The authors are discussing research involving human embryos, without considering any goals of such research beyond the generic advancement of scientific knowledge. It will, however, surely not have escaped anyone’s notice not only that such a development would be critical to human germline genome editing but that “a comparable process” is precisely what is needed in those debates.