On the 14-Day Rule and Other Limits 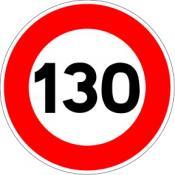 What is the speed limit where you live? In California, it varies but the maximum is 112.654 kph. In France, the speed limit can run as high as 80.778 mph (actually a couple of yards more).

You don’t see those numbers on road signs, because the California vernacular uses the mile, which is officially defined as 1,609.344 meters, while France uses the kilometer. A meter, of course, is the length of the path travelled by light in vacuum during a time interval of 1/(299,792,458) of a second. It’s obvious when you think about it.

In both jurisdictions, the concept of a speed limit is the same, and the idea is generally justified by public safety, and perhaps fuel conservation, neighborhood nuisances and so on. It’s a common-sense restriction that gives all drivers guidance, and that is meant especially for those lacking in common sense.

The limit is not defined by the maximum speed of a vehicle.

Biology also has its widely accepted rules, which are sometimes given the force of law and sometimes mostly a matter of custom and ethics. Many of these were agreed at a time when there was no immediate prospect of successfully breaking them: a firm line, legally codified in dozens of countries, against human germline intervention, for instance, or the internationally accepted norm of a 14-day limit on human embryo experiments. They give researchers a clear guideline within to work, and they give the public confidence that rogue scientists will not go overboard.

Until very recently, no one had come close to growing a human embryo in a dish for 14 days. In May, however, two different groups of scientists (1, 2) published experiments demonstrating that they could indeed do that. Simultaneously, three scholars — all experts in bioethics theory and/or practice — published a piece in Nature titled:

They were just raising the question, they insisted in response to the obvious retort: Why revisit if you don’t want to change the rule? "Revisit need not mean revise," tweeted one author. Some other bioethicists, including Jonathan Moreno, agree that:

What’s really more important than whether it’s permissible to move those goalposts is how we make that decision.

That sounds incredibly reasonable. But why now? Just because the rule has suddenly become inconvenient? If that is the case, does it suggest that some bioethicists see their mission as working to legitimate whatever research desires scientists may have? That is, to convince the public of what they ought to think is good for them?

And if the pragmatic and useful 14-day agreement is broken, what then? Hank Greely spelled out a basic complaint:

"I don’t know where you stop. I do know that I would feel very concerned about a 20-week fetus being used as an experimental object, because it’s too damn close to being a baby," he said. "And people should not be treated as objects."

Greely expanded on this in his own blog post. Françoise Baylis wrote a nuanced analysis. By coincidence, the International Society for Stem Cell Research (ISSCR) issued its latest guidelines for stem-cell research [pdf] a few days later: they stick firmly to the 14-day rule.

There will undoubtedly continue to be pressure to change the norms that have guided research in many related fields over the next few years. Human-animal chimeras are up for discussion, so of course are human germline interventions, and gene drives in other species. Many knowledgeable people, including scientific participants, regard the prospects as extremely scary.

Admittedly, in some cases, adjusting existing rules may seem sensible; the 55 mph speed limit was widely ignored and eventually repealed. But that change had nothing to do with the technical abilities of car manufacturers.

The top speed of a production car has been over 110 mph since 1947, and over 150 mph since 1959. It’s now over 250 mph, and I’d like to see that Bugatti trying to weave its way up the Pacific Coast Highway. Probably couldn’t get out of second gear.