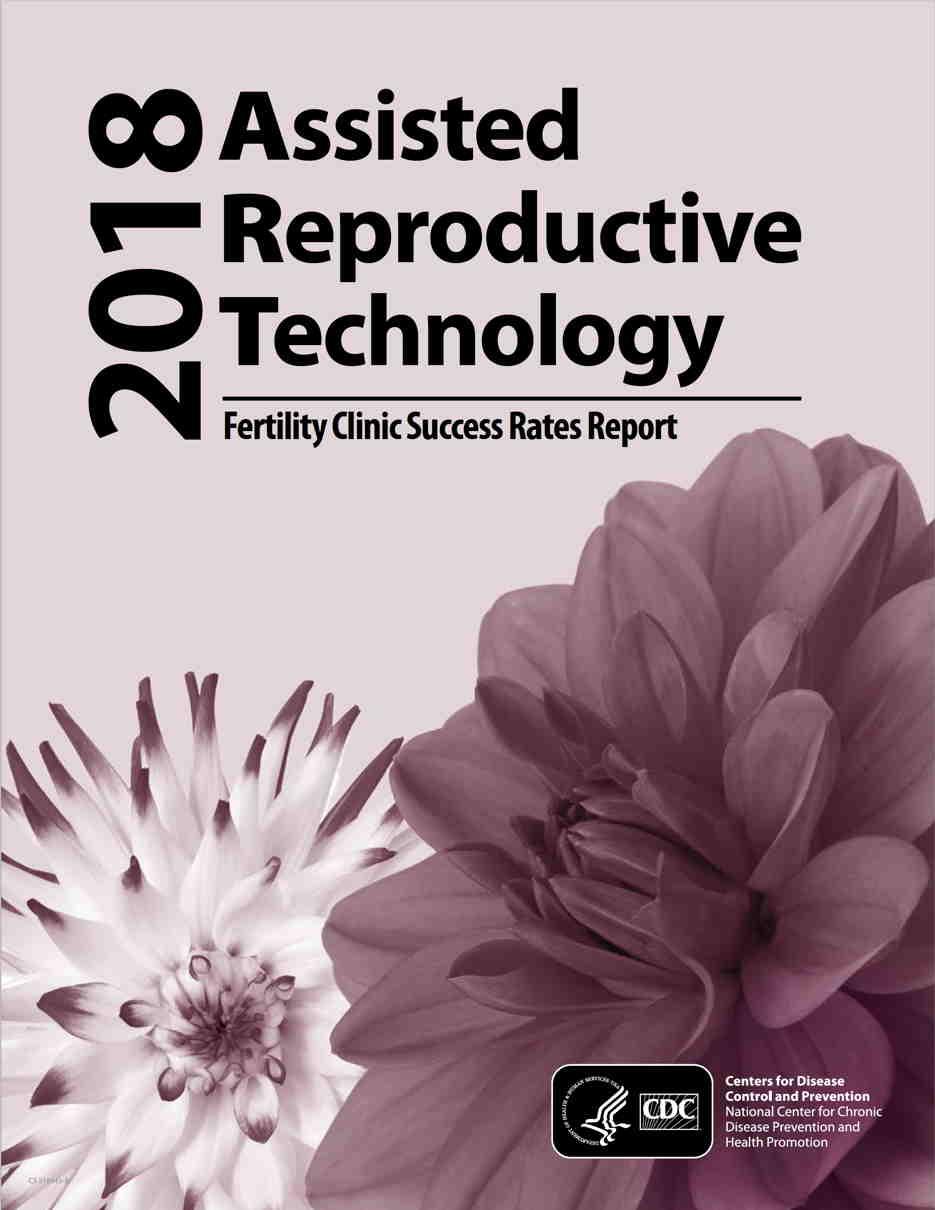 The United States fertility market is growing very rapidly, and is projected to reach $15.4 billion in 2023, more than double what it was in 2017. That increase derives partly from a larger customer base and partly from a considerable expansion of the services being sold. Yet the sector remains curiously under-regulated, despite many calls to confront the numerous known issues, including health risks, financial exploitation, and repeated scandals in which doctors have surreptitiously used their own sperm.

In the United States, assisted reproduction takes place largely in private-sector clinics, and is seldom covered by health insurance. Together with the dearth of oversight and regulation, this has made the US fertility industry notorious for profit-driven dynamics and dubious practices. One example: the dozens of commonly offered supplementary procedures, often called “add-ons,” that come with hefty price tags but extremely little evidence of benefit.

The Centers for Disease Control (CDC), a federal agency, attempts to monitor the industry, up to a point, under the 1992 Fertility Clinic Success Rate and Certification Act. So do two professional/industry organizations, the Society for Assisted Reproductive Technology (SART) and the American Society for Reproductive Medicine (ASRM). Although they work together to coordinate and make recommendations about practice, none have any regulatory or enforcement mechanism. They do, however, collect data. Lots of data.

Every year, the CDC and SART publish statistics generated from reports supplied by, in theory, every US clinic that provides assisted reproductive technology (ART) services; at least 90% of clinics comply. The data are broken down by the mother’s age group and various other categories, such as fresh or frozen eggs, or frozen and/or donated embryos. Publication is delayed because of the need to include all births resulting from attempts known to have started in the reporting year. That and the challenges of collating data and producing a 581-page report mean that the 2018 report with data from 456 clinics is dated December 2020.

There were almost 4 million births in the US in 2018, with a bit fewer than 80,000 (1.9%) born via assisted reproductive technology. Clinics see a growth opportunity.

ART often involves in vitro fertilization (IVF), which requires extracting eggs from a woman and combining them with sperm outside the body to create one or more embryos that are then transferred to the uterus of the same or a different woman, in an effort to establish a pregnancy. Typically, the woman from whom eggs are retrieved takes hormonal drugs to promote the simultaneous development of multiple eggs; this can be risky but is common practice, despite a lack of research on long-term health effects. Third-party ART involves the use of surrogates and/or donors (actually, usually sellers) of sperm or eggs. All this may involve medical and legal complications, but has become fairly routine.

In short, most attempts at using ART fail.

Clinics for many years chose to transfer multiple embryos, with a goal of higher “success rates” — for the clinic. One significant set of ART data concerns the multiple births that often result — twins, triplets and even more — which pose major health risks to both mothers and infants. While the clinics touted their “successes,” it was the families that would bear the substantial risks; other doctors and hospitals were the ones to treat the frequently complex medical consequences.

Both the governmental and professional assisted reproduction bodies campaigned for years to reduce the number of embryos transferred at one time, strongly recommending single transfers, especially for younger women. These essentially voluntary efforts do seem to have finally made a difference. From SART’s data, for women under 35 using fresh embryos from fresh non-donor eggs (the optimal scenario):

CDC data show similar decreases from even higher numbers of multiple births in the 1990s. That’s a notable improvement, but the data still suggest that a significant number of clinics are not following the guidelines. ART clinics provide a small share of total US births, yet the overall national rate of twinning remains historically high: It was less than 20 per 1,000 in 1980, but it’s 32.6 in 2018. Given the medical issues that are notably more common among twins, a further reduction would be welcome. Making the guidelines enforceable as part of a long overdue overall reform of the industry’s minimal regulation would help.

Meanwhile, some fertility entrepreneurs are expanding their services into areas fraught with ethical and societal minefields, and almost entirely unregulated. Having recovered multiple eggs after a woman’s hormone treatment, and combined them with sperm to form embryos, the doctor inevitably selects which embryo (or, ignoring professional advice, embryos) to implant. But on what criteria?

Preimplantation Genetic Testing (PGT) is a technology that involves analyzing embryos before implanting one or more of them to begin a pregnancy. There are two subsets of the technique: PGD (for Diagnosis), which is generally used to identify a specific genetic characteristic that might be inherited from a parent, the idea being to discard (or possibly select) an embryo with that gene; and PGS (for Screening), which specifically checks for embryos with an abnormal number of chromosomes.

Embryo screening and selection came into use in the 1990s as a way to enable prospective parents at risk of passing on serious genetic conditions to have children unaffected by them. But some fertility entrepreneurs have pushed new reasons to use it, increasingly selling prospective parents choices about what kind of children to have.

PGT is not cheap. Currently, it typically adds roughly $4,000 to the costs of IVF treatment, so there is an incentive to “upsell” it. Its use has exploded over the last few years. From 2006 to 2015, the rate was consistent at 5% of embryo transfers; in 2018 it had shot up to 37.7%. Why? None of the reported data track how and why PGT is in practice used.

In the US, the use of PGT to choose the genetic sex of a future child is openly marketed. This form of high-tech sex selection has been around for over a decade, and a few clinics combine it with trait selection: “Want a daughter with blond hair, green eyes and pale skin?” That’s the opening of a 2009 Wall Street Journal article. It hasn’t quite come to pass, but the same practitioner is still selling what he calls gender selection, and still at least discusses selection of eye color. Meanwhile, another company is selling testing for “intellectual disability,” “idiopathic short stature,” and other “polygenic disorders.”

Selecting among embryos determines what kinds of children will be welcomed into the world. Many disability rights advocates and others consider this to be a form of high-tech eugenics. A significant, and controversial, decline in the number of people with Down syndrome, both in Europe (more detail behind this paywall) and in the US, is primarily driven by selective abortion, but PGT contributes too.

Where might these trends take us in the future? Will they lead to the end of sex for reproduction, as Hank Greely has suggested? If that were to become technically feasible, it would of course raise a whole series of questions involving access, cost, selection, enhancement, social stratification and, in a word, eugenics. Nonetheless, the technology continues to be developed and its use marketed, with very little oversight in many jurisdictions, including the US.

The last item in the annual CDC Assisted Reproductive Technology report is just sad. It is a list, prefaced as usual in the latest edition, by this note:

The clinics listed below provided ART services and were in operation as of January 1, 2018 and accordingly were required to submit ART cycle data under the provisions of the Fertility Clinic Success Rate and Certification Act passed by the US Congress. These clinics either failed to submit data or the clinic’s medical director did not approve the clinic’s 2018 ART data for inclusion in this report.

43 clinics did not report, of which 26 are still in operation, but none of them appear to be subject to any penalty. That’s how little oversight the assisted reproduction industry gets away with.

For assisted reproduction, the US is regularly described as the “Wild West.” It’s past time for regulators to step in, and turn advice into legislation.