An academic study debunked the idea of “Screening Human Embryos for Polygenic Traits,” but the CEO of the company Stephen Hsu cofounded announced that they had screened human embryos for polygenic traits.
By Pete Shanks | 12.04.2019
Biopolitical Times 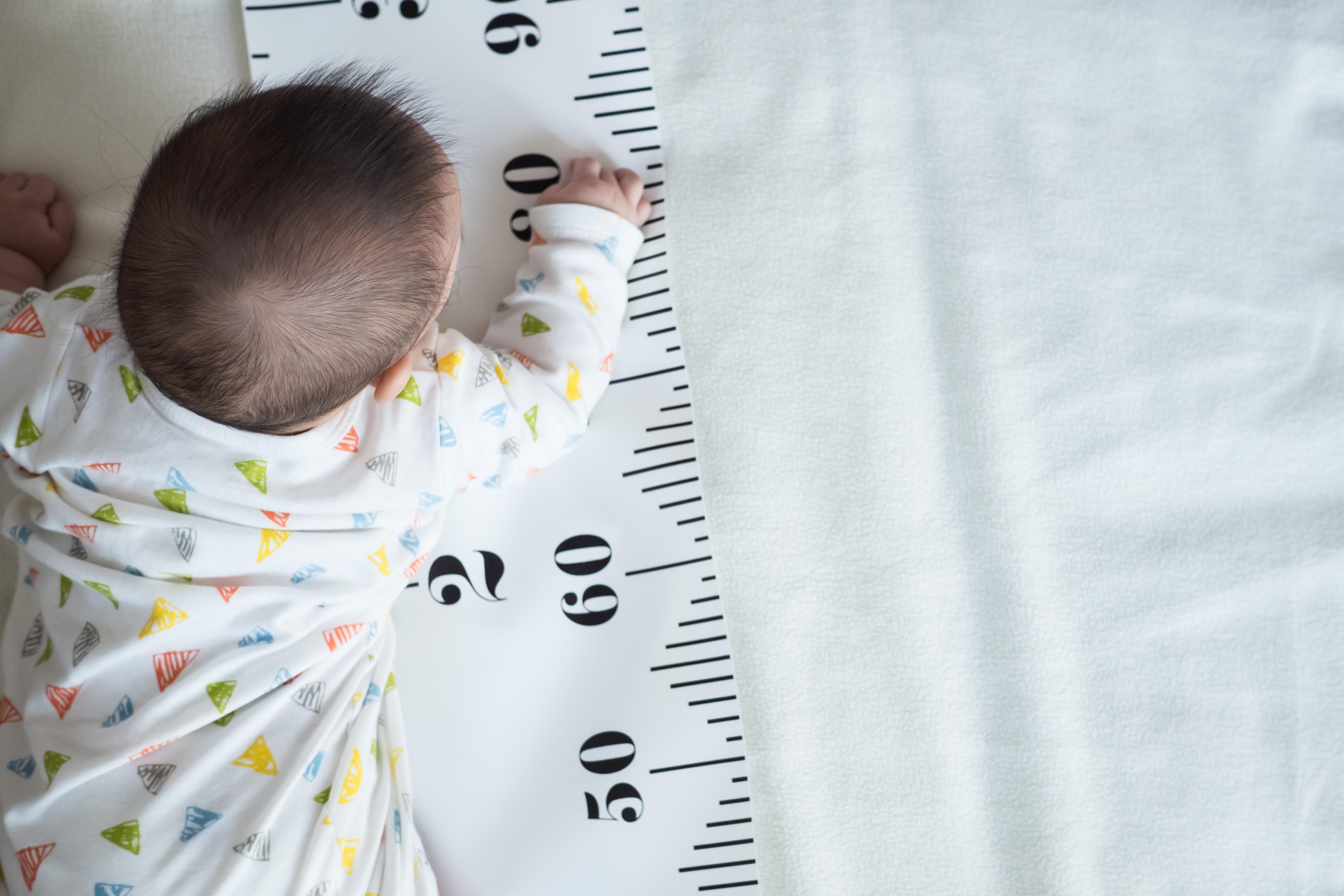 Sometimes journalists who simplify the results of a complex study get it right. This Daily Telegraph headline is a classic example:

‘Designer babies’ may not be as smart or tall as parents expect, study warns

The study under discussion, published online in Cell on November 21, is by 13 authors (Karavani et al.) from three countries and 14 institutions. Naturally, it has a more sober title than the article: “Screening Human Embryos for Polygenic Traits Has Limited Utility.”

Polygenic traits are influenced by many genes. Height, for example, is affected by thousands of genetic variants to different degrees. Very roughly, someone who has more of the genes especially associated with tallness will probably be tall. Weighting those genes by their apparent significance and converting that into an algorithm that computers can apply to a particular genome leads to a polygenic score (PS). In turn, that score can be converted to a projected height, based only on genomic data.

Such PS results are also known as “polygenic risk scores” since their primary function in practice is to identify a given person’s risk, or even a given embryo’s risk, of developing some particular disease. Polygenic disorders are more common than single-gene; most traits in most organisms are, in fact, polygenic. They are also frequently affected by environmental influences, and generally hard to predict. Nevertheless, they are the subject of considerable research and some commercial ambitions.

Karavani et al. analyzed data from previously published studies, some by contributing authors. From very large genome-wide association studies (GWAS) of consenting individuals, they combined the data of some real and “virtual” couples to estimate the genomes their children might have, and thus their expected height and IQ, as best determined from polygenic analysis. Roughly speaking, their model estimated that by selecting the “highest scoring” virtual embryo, parents could expect a child with up to almost three more IQ points or an additional one inch of height. In theory. The real world turned out to be quite different.

The Summary section of the paper ends:

[T]he majority of children top-scoring for height are not the tallest.

So, if you’re hoping that your child will be a basketball star, well, good luck using polygenic scores and genetic screening to foretell that. And if you try to choose your embryo in hopes of a genius IQ, you will probably be disappointed, and perhaps extremely upset.

Nevertheless, those gene-based hopes are exactly what some scientific entrepreneurs are planning to sell.

The day after that paper was published, New Scientist reported that according to Laurent Tellier, CEO of Genomic Prediction, a company that tests IVF embryos:

Embryos have been chosen to reduce disease risk using pre-implantation genetic testing for polygenic traits, and this has resulted in pregnancy.

He wouldn’t say what traits were involved, when the babies are due, or confirm any other details. The Asbury Park Press, a daily newspaper in New Jersey where Genomic Prediction is based, ran a feature in November 2018, noting that the company’s test analyzes whether an embryo is at risk for “diabetes, hypertension, and breast cancer.” The company’s website also lists testing for “intellectual disability,” “idiopathic short stature,” and other “polygenic disorders.” All this for $1,000 plus $400 per embryo — over and above the many thousands spent on what may otherwise be unnecessary IVF cycles. For best results, the company would surely agree, test as many embryos as possible; that $400 per embryo is a bit sneaky.

Testing for late-onset diseases is a low-risk endeavor for the entrepreneurs: the failures to accurately predict them will take decades to emerge, which gives plenty of time to get out of Dodge. Testing to identify “high-risk” embryos that might have a “high chance of an IQ 25 points below average” is also a cunning move: When and if a “normal” baby is born, which is likely with or without the test, the testers will doubtless claim success.

Selecting for embryos with a high chance of being above average in intelligence would be much riskier. In that case, of course, mere normality — on the assumption that 95% of us are “normal” — would be a disaster for the company. The parents, in such a scenario, are bound to be rich and possibly litigious. Nevertheless, Stephen Hsu, a co-founder of the company who has long aimed to identify the genetics of intelligence, said in late 2018 that the company would offer a high-intelligence option at some future time because “people are going to demand that.”

There is some science behind these fantasies. Two of the principals of Genomic Prediction were among the five co-authors (another has since joined the company) of this paper published in Scientific Reports on October 25:

The authors “construct risk predictors using polygenic scores” for these various disorders. They note the “obvious clinical applications” involved in identifying high-risk individuals “early in life, or even before birth” (even before pregnancy). Someone forgot to include the potential conflicts of interest in the first publication, which has been corrected, but they are clearly significant: The company name is right there in the title!

Unfortunately for the dreams of Genomic Prediction, authors Karavani et al. also constructed risk predictors for existing people. They used real-life data from “28 large nuclear Jewish families with an average of 9.6 adult offspring (full-siblings) per family who have completed their growth” and who reported no medical conditions that might have affected how tall they were. As ever, the larger the sample, the better, so these large families made up a particularly useful cohort. The researchers crunched the numbers to apply their model to these real families; that is, to generate predictions from the parents’ genomes and compare them with the actual children, whose genomes and height were also known.

The results showed “substantial variability.” Some of the children were up to 10 cm (almost 4 inches) taller than expected, while:

The most substantial criticism of the study reported by Tina Hesman Saey in a good article at Science News was not scientific but ethical. According to Nicholas Katsanis, a distinguished specialist in human genetics:

The fundamental question should not be asked in the first place, because the idea that we’re going to do genetic screening for anything other than medically actionable items is the definition of eugenics. That we’re even contemplating this is disturbing.

Polygenic research clearly can have eugenic implications, as the authors of the “limited utility” paper stress. Of course, it doesn’t have to: A forthcoming massive study on the genetics of left-handedness demonstrates that “handedness is polygenic,” but the social implications of this are probably minimal (unless parents decide to spare their child the “hardship” of being lefthanded — or want a lefty ballplayer).

Other studies that try to explain social inequality with genetics can be very problematic. A recent paper titled “Genetic correlates of social stratification in Great Britain” comes awfully close to damning the rustics as dumb. It was published in Nature Human Behaviour, and two of the authors wrote an explanatory article for The Conversation, saying that “Inequality now extends to people’s DNA.” Despite all the authors’ caveats, this is very dangerous territory. The slope from analysis to “improvement” to sterilization is slippery indeed.

Genomic Prediction may soon have competition, notably from China, where at least two companies, Gene Discovery and WeCheck, are marketing genetic tests and polygenic scores for young children so parents can “plan suitable development areas for them.” These include predictions of IQ, disease susceptibility, “social personality” and “nearly 100” more traits. Apparently, they are not (yet) targeting pre-implantation embryos, but that certainly seems to be on the horizon.

Ewan Birney, Director of the European Bioinformatics Institute, responded to Genomic Prediction’s paper with a substantial post: “Why using genetic risk scores on embryos is wrong.” He disagrees with the company “on safety, science and ethical grounds,” which he describes in detail. In summary, he fears that

Until there is good regulation of this technology worldwide I believe we will have more of these stories and more unsavoury applications.

It is therefore good news that The Hastings Center has launched a project, led by Erik Parens, to consider how to responsibly study the genetics of behavioral traits, specifically polygenic risk scores. The aim is to “facilitate a frank and rigorous conversation among diverse experts who are hopeful about the benefits of this research and those who have concerns about it.” This should certainly include discussion of the consequences of attempting heritable human genome modification. Such eugenic pipe-dreams are likely to have tragic consequences on an individual level, and their commercial exploitation is not only an ethical disaster but odds-on to have significant and unwelcome societal effects.

The Hastings Center project is scheduled to last three years, which is both encouraging and discouraging: That should allow enough time to generate what may be a very important study. But, given the enthusiasm of Genomic Predictions and similar companies, it also may be too late.