Nature, Nurture, and Assisted Reproduction: The Musings of a Comics Fan 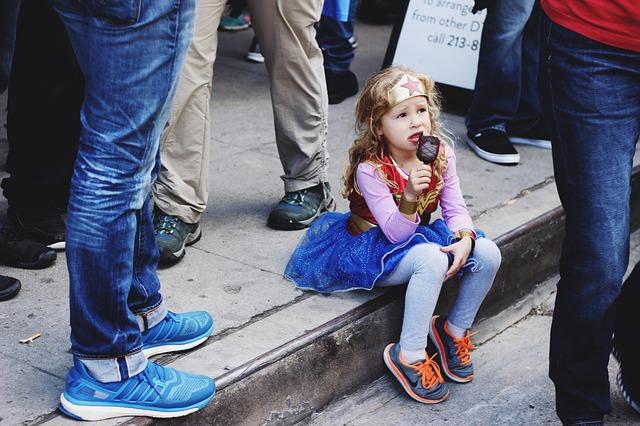 Are heroes born or are they raised? This is a classic example of the “nature versus nurture” debate. Anyone who considers having children wonders if their baby will be healthy, whether they can afford to pay for extra-curricular activities, how they will handle a child who is bullied or who bullies, how they can help their kid be secure and self-motivated.

But how much of a person’s ultimate fate is determined by genetics, and how much by the circumstances and influences they experience growing up? This question is especially important when discussing assisted reproductive technologies (ARTs) today.

If we ask the same question about superheroes, the answer seems straightforward. In comic books, people aren’t considered to be “super” without some kind of inherent fantastic ability that, by definition, raises them above the ordinary. And that extraordinary quality is often understood in genetic terms.

Think of classic superheroes like Superman or Wonder Woman. When you’re born on a planet with much higher gravity than Earth’s, or have a parent who is a god, it’s easy to believe the deck was stacked in favor of your genetic makeup compared to your human counterparts. With the Fantastic Four, we have human beings who gained extraordinary abilities when they’re bathed in cosmic rays, though they’re also depicted as highly attractive humans (two of whom are siblings), fit enough to withstand the rigors of space travel.

These musings on the superheroes that accompanied many of us as we grew into adulthood have newfound importance today as we come closer than ever to creating real “superheroes” using biological engineering techniques of our own.

Assisted reproductive technologies have advanced from the manipulation of eggs and sperm outside a physical body and the implantation of fertilized eggs, to the analysis and alteration of genetic material itself. Selecting from among those fertilized eggs enables those with financial means to avoid the varying inheritable characteristics nestled within a cohort of embryos. The latest CRISPR gene-editing technologies raise the prospect of full germline modification that would allow genes to be added to embryos created outside the body.

Embryo selection has come to be widely accepted as a way of excising disease and disability, which have allegedly obvious and inevitable consequences of misery. Human imagination has moved seamlessly from that practice to the positive selection or even the engineering of “ideal” human traits ranging from greater height to more desirable skin tone, from superior intelligence to other marvelous characteristics as human genomic secrets are further mapped.

Should we hasten to a future in which our offspring can be the superheroes we dreamed of becoming when we read comics under the blankets with a flashlight, or grew up to vest time and money in the latest billion dollar superhero movie on screen? Before we do, let us consider again the notion that superheroes are born.

The X-Men franchise, birthed as a popular Marvel comic in 1963, was among the first to successfully leap to the big screen. X-Men in 2000 and its 2003 sequel, X2: X-Men United, both directed by Bryan Singer, explicitly highlighted a theme that was not as dominant in the comic, juxtaposing “ordinary humans” against the evolutionary development of mutants.

As actor Patrick Stewart intones over the opening credits:

Mutation: it is the key to our evolution. It has enabled us to evolve from a single-celled organism into the dominant species on the planet. This process is slow, normally taking thousands and thousands of years, but every few hundred millennia, evolution leaps forward.

But X-Men clearly establishes mutant heroes and mutant villains. The evolution of mutant-kind does not lead humans or mutants toward being more peaceful, loving, forgiving or accepting. Rather it sets off a giant sociological step backwards. In the movies, evolution brings greater diversity, but the kind of diversity that brings fear and the desire to exert physical and legal control.

It’s fascinating to compare this with how assisted reproductive and genetic manipulation technologies in reality seem much more likely to reduce diversity, as scientists and policymakers meekly accept that consumers want what they will, and are likely to want greater height, less weight, lighter skin color, gender control, neuro-typicality, and freedom from regulation. The key difference from the imagined X-Men world may lie in the fact that with CRISPR and other gene-altering technologies, we are not confronting a “natural” evolution, but a stream of seemingly disconnected individual choices made by individuals and families who are steeped in existing prejudices, stereotypes, and economic, social, and cultural inequalities.

ART has enabled long-desired families to form that weren’t possible before. That is something to celebrate. But we should not be celebrating our tendency to bury our collective heads in the sand when it comes to the still-unexplored health impacts of egg harvesting on young women, the commercialization and risks of surrogacy for women and their families, the inherent imbalance of money and social power between those who can pay for ART and those who cannot, and the effects on living people with disabilities as we seek out and eliminate genetic “anomalies.”

In superhero movies, we enjoy watching the beautiful faces and honed bodies of humans and “humans plus,” wielding powers and abilities that we can only dream of: flight, invisibility, speed, great intellectual capacity, and technological invention (which is already available with fantastic wealth, of course). But ironically, I believe what truly draws us to superhero movies are characters who ultimately insist on acknowledging their human vulnerabilities, regardless of great temptations to do otherwise, including the temptations presented by their own powers. Superheroes are heroes because they do the right thing even when they don't want to, they keep showing up even though they don't get what they want, and they fight individual battles because they recognize a collective good. They speak (or punch) the truth to power as manifest in politics, corporations, or mobs.

Perhaps instead of focusing so intently on how we can breed our own "superheroes," we should think deeply about how we and our society can evolve in our capacity to raise heroes.