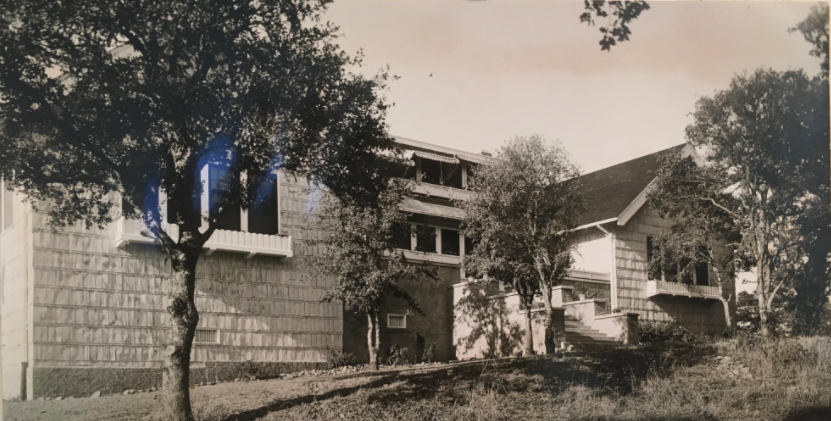 Image of Sonoma State Home, site of the highest number of eugenic sterilizations in California, courtesy of Alexandra Minna Stern.

Last month we were among many who were outraged when news broke of the alleged involuntary sterilizations of women detained in ICE custody in Irwin County, Georgia. The LA Times has now obtained a new report supporting the accounts of 19 Black women and Latinas in that facility and documenting excessive or unnecessary medical procedures and lack of consent. Such abuses are outrageous, but they are sadly unsurprising. Federal, state, and county actors in the U.S. have a long history of conducting or encouraging coerced sterilizations of people that they deem “unfit” to reproduce or parent. As the incidents in ICE custody make apparent, people targeted are primarily women, Black, Brown, Indigenous, LGBTQI+, poor, incarcerated, immigrants, asylum seekers, and/or people with disabilities.

The horrors reported by women at the Georgia ICE facility should have particular resonance for Californians. Our state has been an epicenter of eugenic laws, ideas, and practices, though many remain unaware of this shameful legacy. Between 1909 and 1979, California forcibly sterilized more than 20,000 people in state “mental institutions,” one-third of the 60,000 people sterilized under eugenics laws nationwide. California’s eugenics movement was led by self-identified progressives who believed in “better breeding” to “improve the human race.” Nazi Germany drew from California’s eugenic ideology to build its genocidal doctrine.

Although California repealed its eugenics law in 1979, state violence did not stop. Between 2006 and 2010, a state audit found at least 148 women were illegally sterilized in California prisons. According to state documents and interviews, there are at least 100 more who were forcibly sterilized dating back to the late 1990s. To this day, many of the incarcerated women still do not know that the state took away their reproductive capacity.

Despite these repeated and continuing injustices, the California legislature—a purportedly liberal governing body—has refused for three years in a row to pass a law that would provide reparations to survivors of state-sponsored sterilization. While monetary compensation cannot provide justice to the 20,000+ individuals who were denied agency over their own bodies and the ability to form families, reparations would serve as a vital first step towards meaningfully acknowledging these human rights abuses, and ensuring that they will not happen again. Should there be anything learned from the recent allegations against ICE, it is that a past ignored will be a past repeated.

Today, we must take a stand to end involuntary sterilizations once and for all. We must dismantle eugenic ideologies and the state and federal agencies and institutions where sterilizations can be performed with impunity. ICE is now the latest perpetrator of government-sponsored reproductive violence. In California, sterilization abuses were most prevalent in state-run “mental institutions” and other carceral settings, including prisons and—as we now learn—in detention centers. The recent complaints filed against DHS and ICE expose the discriminatory assumptions that remain embedded in government institutions. Eugenic ideology is alive and well, and it must be swiftly and comprehensively dismantled.

The authors of this editorial are activists and scholars committed to reproductive justice, disability justice, and prison abolition. Together, we believe it is vital to uphold and defend the rights of all people to control their own reproductive capacity, without state or other interference. Our society, our institutions, and our governments must recognize the humanity of all individuals.

To that end, three of the organizations we represent have co-sponsored a reparations bill for the past three years, the California Forced or Involuntary Sterilization Compensation Program. Despite widespread community support, the California legislature has repeatedly failed to pass this bill and its accompanying budget request. Governor Newsom now has the opportunity to confront the state’s shameful legacy once and for all: the Governor must include the request to compensate survivors of forced sterilization in his upcoming January budget.

Emily Galpern is a consultant with the Center for Genetics and Society and the Pro-Choice Alliance for Responsible Research. Alexandra Minna Stern, author of Eugenic Nation: Faults and Frontiers of Better Breeding in Modern America, is on the Center for Genetics and Society Advisory Board. Laura Jiménez is the Executive Director at California Latinas for Reproductive Justice (CLRJ). Carly A. Myers is a Staff Attorney with the Disability Rights Education and Defense Fund (DREDF). Diana Block is Advisory Board Chair of California Coalition for Women Prisoners (CCWP). CLRJ, DREDF, and CCWP co-sponsored AB 3052.