How Tabloids Use Kim Kardashian Rumors to Misrepresent Surrogacy 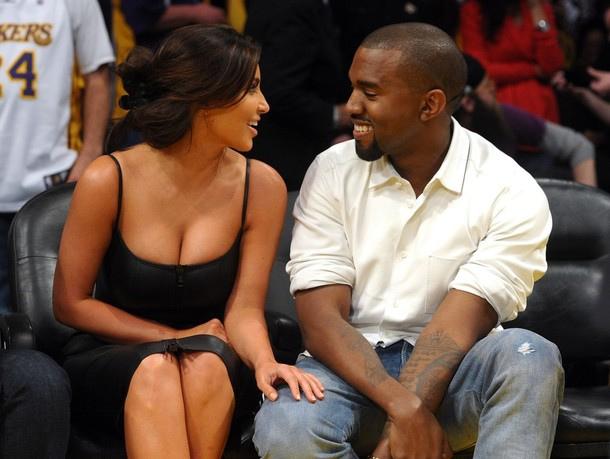 Months after pop-culture superstar Kim Kardashian mentioned her interest in exploring surrogacy during the last season of Keeping Up with the Kardashians, rumors have been swirling about whether she and her husband Kanye West—collectively known as “Kimye”—plan to use the technique to expand their family.

Kardashian and West have yet to confirm. But that hasn’t stopped media coverage from projecting their misguided fantasies about surrogacy onto the couple. “Are Kim Kardashian & Her Surrogate Close?,” asks Gillian Waters for The Romper. Issy Sampson reported for The Sun that a Kardashian “birth party” is in the works to make the surrogate’s delivery a family affair. Page Six suggested that a brief clip from this season’s KUWTK trailer confirmed the rumors without a doubt.

With each new concocted story, the tabloids demonstrate how poorly they understand surrogacy beyond sensationalist headlines, and add to the already widespread misunderstandings of what it actually entails. As the speculation about one of Hollywood’s hottest couples continues, here are two ways tabloid reports tend to misrepresent how surrogacy works.

Health complications are seen as a precondition for turning to surrogacy.

After suffering from preeclampsia and placenta accrete during her previous pregnancies, Kardashian was warned by her doctor that it would be unsafe for her to deliver another baby. This concern isn’t unfounded: In rare and extreme pregnancies, the baby and the mother’s lives can be so threatened that surgeons forcibly remove the placenta and uterus, which can also lead to a higher risk for massive hemorrhage and infertility.

But reporters are using Kardashian’s health as an excuse to reduce her reproductive choices to either having a child through surrogacy, or not having one at all. There are allegedly no other options, and readers, seeing no visible tensions in her decision, are expected to believe this is true. However, by presenting Kim’s choices as an ultimatum, the press ignores one of the most serious questions pertaining to surrogacy practices and politics: What is an appropriate rationale for seeking surrogacy in the first place?

Significantly, the answer to that question can shape the boundaries that separate those who get lauded for using surrogacy to create a family and become a parent—and those who can’t and don’t.  While medical conditions are commonly used to justify the decision to turn to surrogacy, medicalizing fertility often privileges heteronormative ideas of family, leaving LGBTQI couples behind. Recently, a married gay couple in Utah challenged the courts to reconsider a 2016 decision that refused to approve their surrogacy contract. Though the men cannot technically have children together biologically, the law stipulates that only women with proof of serious health risks can use surrogacy.

Surrogacy practices vary widely, as do the reasons for it. While there are people who seek out a surrogate for the families they hope to create—at times with similar challenges as those that Kardashian faces — it isn’t always an option for everyone. Yet, tabloid reporters overlook these points, perpetuating a superficial discussion of surrogacy to profiteer from Kardashian’s celebrity.

Money is assumed to be an easy way to define the rules of surrogacy.

For weeks, several reporters working on the Kimye surrogacy story have been fixated on the price of hiring a surrogate, and the expectations Kimye have for the surrogacy process. But understanding surrogacy through money alone is complicated. Although it is true that commercial surrogacy does take place, and includes legal contracts outlining what is and isn’t permitted for the parties involved, framing surrogacy in terms of finances obscures more about the process than it clarifies.

The relationship between a surrogate and intended parents is assumed to parallel standard employee and employer dynamics. Here, Kardashian is the paying customer with the power to make the surrogate comply with her demands as a paid employee.

Yet, commodified relationships, particularly when it comes to surrogacy, aren’t that simple. In a Biopolitical Times interview about a recent surrogacy scandal, Daisy Deomampo, Fordham University Assistant Professor of Anthropology and author of Transnational Reproduction: Race, Kinship, and Commercial Surrogacy in India, noted that “the surrogate mother is completely left out and that seems to frequently be an issue in media coverage.”

Despite the fact that commercial surrogacy involves a whole network of people, stories about it tend to overemphasize the wishes, hopes, and concerns of intended parents like Kimye. Surrogate mothers disappear in the process, and as a result, important questions are often overlooked: How does commercial surrogacy put the surrogate’s body at risk? Are intended parents held accountable? Does the contract include unreasonable – sometimes illegal – stipulations about the surrogate’s rights to make decisions about her own health care, or about her day-to-day activities and travel? Does the surrogate mother have the power to consent to the terms of the arrangement without external pressures?

It isn’t necessarily a surprise that current reports don’t question the full dynamics of the relationship because people rarely do. However, by not considering the perspectives of people other than intended parents, especially if they are Kimye, an oversimplified and irresponsible narrative of the ties binding surrogates and intended parents together continues unquestioned.

The intense curiosity about the Kardashian-West family’s future comes with their level of celebrity. But current reports around their rumored turn toward surrogacy have led to muddled exaggerations of what the process actually entails. Let’s dig deeper than tabloid headlines, and explore what else might be hiding behind our ideas of surrogacy.