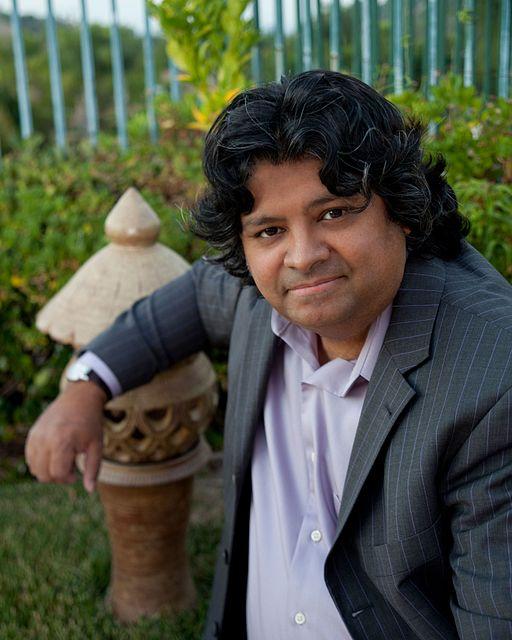 In early August, the founder of California surrogacy agency Planet Hospital, Rudy Rupak, was sentenced to serve two years in prison after a former client, attorney Jonathan C. Dailey, launched an investigation exposing Rupak for bribery and fraud, which lead to a front page report on the New York Times in 2014.

A restitution hearing is currently scheduled on September 13 to determine what Rupak will be required to pay the intended parents he defrauded. But as Fordham University Assistant Professor of Anthropology Daisy Deomampo, and author of Transnational Reproduction: Race, Kinship, and Commercial Surrogacy in India, told me in a recent interview, the Rupak case is more than just economic exploitation.

“It really requires us to open up our understanding of what surrogacy entails beyond simply a business transaction,” Deomampo said. “Even though [surrogacy] is commercialized, it has deep social, health, and medical impacts on surrogate mothers and egg donors. There are so many multiple layers of this issue, and [economics] is just one of them.

The transcript below has been edited for clarity and length.

Kayla Tolentino: How does the Planet Hospital case highlight some of the common assumptions you have found about transnational surrogacy?

Daisy Deomampo: In the context of transnational surrogacy, there are certain dominant narratives that come to influence how we think about surrogacy. These include [that there is] a win-win situation, or there is some kind of exploitation, whereas people who have done empirical research around transnational surrogacy on the ground know that it’s a much more nuanced story than that.

I think the Planet Hospital case is part of a longer trajectory of [similar] cases we’ve seen. This is just one instance exposing the fissures that are involved. It shows that there are many points at which there are problems inherent to transnational surrogacy.

On the one hand, there’s the issue of third party broker taking advantage of his clients who are now labeled as victims. At the same time, what are the ways that surrogate mother’s rights and health have been put at risk over and over again? That’s something we don’t get very much coverage about. That is one area that I think deserves more attention. On the one hand, the Planet Hospital case needs to focus on economic exploitation of Planet Hospital clients. But what about the health risks that surrogate mothers bear?

KT: What does it mean to be a victim in commercial surrogacy?

DD: That’s a really important question. This particular story is being covered in such a way that the surrogate mother is completely left out and that seems to frequently be an issue in media coverage. We focus on [surrogacy clients] or the [surrogate]; but it’s not always the case that we can look at all of these different players as interconnected. Rudy Rupak’s case, [specifically] the treatment of his clients, absolutely needs to be connected to the surrogate mothers’ experiences.

I think the issue of who is a victim is a really interesting [question] too. Media coverage tends to portray surrogates [as] victims – in the sense that they are voiceless, they have no agency, and are portrayed as marginalized and victimized in the context of gender inequality and patriarchy, which is absolutely true. But it’s not necessarily the case of many of the women that I interviewed in India.

They were real active agents in deciding they wanted to be surrogates, convincing their husbands and in-laws that this is something that they were going to do and [with the attitude], “You can’t stop me.” At the same time, they were at the bottom of the hierarchy [in surrogacy arrangements], and they had the least amount of power to negotiate the pay or condition or procedure or pregnancy that they were subject to.

KT: How do people understand and justify their relationship to one another in surrogacy arrangements?

DD: For the side of the intended parents, they would often conceive of this arrangement as a humanitarian act. This is something that I write about in my book where many parents would talk about how this was a “win-win” situation. You had, on the one hand, parents who were desperate for their own child, but, at the same time, they saw themselves as helping to change the lives of women who needed help. It became a humanitarian act that was constructed as a rescue or good deed.

One of the arguments that I make in the book is that this ultimately serves to justify an arrangement that is inherently unequal in the first place. In fact, it only reinforces that inequality. [Surrogacy] may have offered [surrogates] some temporary financial relief but it didn’t change their lives.

Because the relationships between intended parents and surrogates are so opaque, [intended parents] didn’t have a chance to know that. This was a narrative [intended parents] constructed about that process, but they weren’t necessarily given any opportunity to follow up with the surrogates. In some cases, they were explicitly discouraged from maintaining long-term relationships with surrogates after the pregnancy. The whole process is set up so there is little transparency and understanding of what the long-term effects are, as well as what’s going on during the pregnancy itself.

KT: How do third-party actors tend to rationalize their role in surrogacy arrangements?

DD:  The role that third party agencies and brokers play contributed to the commodification of surrogacy as an industry. They are looking to set up the relationships, or the arrangements, in a way that will ultimately lead to greater profits for them.

In every case, it seemed to me that they were there to try to serve intended parents’ interests in whatever ways that they could. The surrogate mother often was made invisible, and her desires or wishes were not prioritized. The practices around medical interventions are a good example of that: The surrogate mother has very little say over what should happen if there is a multiple pregnancy and the intended couple decides there should be a selective reduction. That’s not a choice left up to the surrogate mother despite the fact that’s she’s the pregnant woman.

Third party brokers [also] add an additional layer of opacity. As you increase the number of actors involved in this, it becomes a much more difficult situation for the surrogate mother to know to whom she should be negotiating with if she has problems with payment, or procedures, and so on.

KT: What legal precedents are at stake in the Planet Hospital case?

DD: I am not a legal scholar. I can’t say with authority what the legal precedence this will take. But I do think that there is a concern that we now think about how do we protect intended parents, or clients who are commissioning surrogacy. I’m not saying that that should not be part of the conversation, but I would be concerned about that becoming the main part of the conversation.  [Centering intended parents] is refocusing our attention on specific actors to the detriment of understanding how this whole process has been affecting surrogate mothers in very urgent ways as well.

KT: What do you hope people learn from the Planet Hospital case?

DD: It seems to me that if you’re someone who is considering surrogacy, it would prompt you to think twice, or three times, about knowing what you’re getting into.

Even though it is commercialized, it has deep social, health, and medical impacts on surrogate mothers and egg donors. There are so many multiple layers of this issue, and [economics] is just one of them.

Maybe the Planet Hospital case will prompt people to ask more questions like the ones that you’ve raised – [i.e.] Who are the other voices? Who are the other actors that are not part of this story that really need to be part of it? – so that [the Rupak case] doesn’t become another instance of turning surrogacy into a story about a transaction. We need to broaden it so that we can think about the social, emotional, medical, and health impacts on all the people who are involved.