On Embryos and Spin 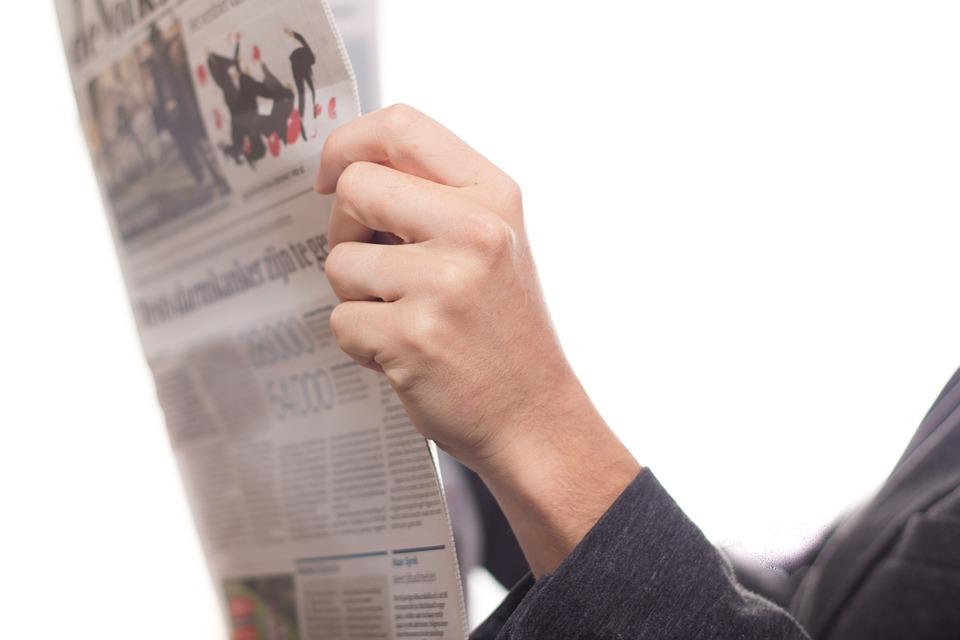 Last Wednesday, the MIT Technology Review reported that a team of Oregon researchers had altered human embryos, using the genome-editing tool CRISPR/Cas9—a first in the United States. Until the paper is published, it’s hard to know what to make of this: other researchers (in China) have altered embryos, using CRISPR; and as before, this is a feat for the lab, not the clinic, with no embryo to be implanted, no future human to be born. The procedure was reportedly more accurate this time, but not perfect. That sounds like an incremental improvement, not a revolution. Even to call the report a milestone suggests that we know something about the road ahead, and we don’t.

This is not to deny the report’s significance, only to suggest a measured response—and to suggest that at this moment, when the spin has started and the paper is unpublished, what matters is the spin.The technologies change, but persuasion springs eternal.

The MIT Technology Review piece was solid and reasonable. The syndicated Associated Press piece that landed on the front page of my local paper the next day was something else again. From the first sentence, it displayed common failings in writing about biotech. Benefits were touted; opposition was framed as fearful; potential problems were framed primarily as technical, not political, economic, spiritual, or existential; and ethical questions were encapsulated, like insects in amber, by the word "controversial.”

Two points in the piece deserve a closer look. The first is the phrase “designer babies,” duly appearing in scare quotes:

The approach holds great potential to avoid many genetic diseases, but has raised fears of "designer babies" if done for less lofty reasons, such as producing desirable traits.

Writing about biotechnology often takes the form of an implied narrative: not only ideas, but characters, are present or suggested. In this case, note the implied opposition: on the one hand, scientists helping people to avoid genetic disease; on the other, people afraid of “designer babies.” That implication is reinforced by the experts quoted in the piece, whose views range from Positive-with-Caution to Extremely Positive. No scientist skeptical of human gene editing, or even cautious, was interviewed; nor was anyone working in the history or sociology of science and technology, or in disability studies; and no one with the conditions likely to be targeted by future “edits.”

In the narrative that supports human gene editing (and often in narratives that oppose), a key character is the Designer Baby. Like the characters in medieval morality plays—Sin, Death, Everyman, and so on—the Designer Baby is a personified idea. As used in the AP article, the phrase is misleading: it applies only to those created “for less lofty reasons,” as if the rest were simply examples of good prenatal care. But any baby produced by engineering an embryonic genome will be, by definition, designed, and since health is a concept charged with value, a clean line between therapy and enhancement cannot be drawn.

Andrew Solomon, writing in the Guardian, reminds us that “scientific definitions of illness often run up against humanist definitions of identity. I know whereof I speak: I have an identity that was long deemed an illness. The literature on homosexuality as a disease is amply represented in medical libraries.” Solomon also notes “the common clinical presumption that variation from the norm constitutes pathology.” “Normal” is a complicated fiction. Those complications will deepen, if and when human gene editing shifts the parameters and set point of the norm. Solomon's point is particularly relevant to people with disabilities, whose own definitions of identity collide with restrictive (and prescriptive) norms.

But we don't need to look to the future to see the problem: writing about CRISPR can amplify ableism in the present. Writing about CRISPR in the New Yorker, science writer Michael Specter included autism on a list of "devastating illnesses" ("diabetes, autism, Alzheimer’s, and cancer"). Steven Pinker, in a notorious Boston Globe piece advising bioethicists to "get out of the way" of CRISPR-related research, equated "disability" with "death" and "suffering," expanding on this point in a later interview:   "You’d think it would be an obvious ethical principle that life is better than death, health is better than disease, and vigor is better than disability."

To talk about "designer babies," whether for or against, implies design criteria, which in turn imply values. If those values do not include nuanced understandings of disability and disease, if all "variation from the norm constitutes pathology," then our technologies may amplify those values for greater injustice. In the AP article, the prevention of "genetic disease" is taken as automatically a good thing. But the real question is what we call disease.

The second key point in the article is that editing human embryos for reproduction is "inevitable":

One prominent genetics expert, Dr. Eric Topol, director of the Scripps Translational Science Institute in La Jolla, California, said gene editing of embryos is "an unstoppable, inevitable science, and this is more proof it can be done."

Dr. Robert C. Green, a medical geneticist at Harvard Medical School, said the prospect of editing embryos to avoid disease "is inevitable and exciting," and that "with proper controls in place, it's going to lead to huge advances in human health."

With respect to Green and Topol: no one actually knows what is going to happen; “exciting” depends on your point of view; and it is not inevitable that humans will be engineered. That is, and should be, up to us.

We are not counting milestones on the road; we are building it. In the meantime, we should be alert to the hype. As Nathaniel Comfort notes in The Atlantic, where new biotechnologies are concerned, “promissory” language is more the rule than the exception. Faced with the promise of “huge advances in human health,” then, it would be wisest to remember the point made by stem cell biologist Paul Knoepfler, in his book GMO Sapiens: The Life-Changing Science of Designer Babies:  “These [gene-edited people] would be unique human experiments in which the outcomes could not be known.” Knoepfler also asks a key question about experimental results: “What would you do with your failed attempts?”

I’ve discussed the AP piece at some length because its omissions and distortions are all too common. It is less a report than a tapestry of talking points—some delivered by those in favor of the project, and some ventriloquized by the reporter. Taken together, the article amounts to a kind of hype laundering: a strongly pro-biotech point of view is washed clean of superficial bias, and so appears neutral and informative.

This matters because public understanding is not based on the technology itself, but on the portrayal of the technology. Nearly everyone talking about this issue agrees that more public discussion is necessary; but if key ideas are invisible in the discussion, if the public themselves are seen less as stakeholders than receptacles for information, and the “information” itself emphasizes both excitement and cure—with a frisson of peril, avoidable, of course, through sensible regulation—then the process will be at best an exercise in participation, and those most affected will be least represented.

Lately I've been thinking about the insistent binary that frames writing about new biotech: "promise vs. peril." It's the staple of jacket flap copy, magazine features, and newspaper ledes. That binary, however, is insufficient to its subject. It normalizes a radical, species-altering event as a familiar kind of choice, in which risks and benefits can be calmly assessed: two roads diverge, as it were, and all we have to do is take the right one.

But gene editing is more like terraforming, changing the landscapes, changing the idea of roads, changing the people who walk on the roads. It would alter us as a species in at least two ways: some would be changed from being engineered; some would be changed because they undertook the engineering; and all of us would be changed by living in a world where the technology was possible. We would be defined by our stances towards it, our choices to embrace, refuse, accommodate, resist. It is not merely disease that is at stake, but identity, and in more ways than we can calculate, human gene editing would rewrite the meaning of pronouns—I, we, you—from the inside.

CRISPR/Cas9 is here to stay, and its potential for human health is enormous. But if we want to ensure a net gain to the common good, we can start by paying less attention to the tool itself, or to the extravagant predictions attached, and more attention to problems that need solving. If human health, broadly speaking, is the issue and rationale, then we need to consider lower-tech, lower-cost interventions alongside the newer ones.

This does not mean that we have to choose. But it does mean that, to quote Comfort , we should “reward knowledge more than market value. Encourage science literacy, not just cheerleading. And teach skepticism of technology, medicine, and the media. . . the more we see through the hype, the more medicine will serve its stakeholders, not its stockholders.”

In their article "CRISPR Democracy: Gene Editing and the Need for Inclusive Deliberation," Sheila Jasanoff, J. Benjamin Hurlbut, and Krishanu Saha note—with a clarity verging on the sardonic—that “Revolutionary moments do not reveal the future with map-like clarity”:

Far more, they are moments of provisionality, in which new horizons and previously foreclosed pathways become visible. The challenge for democracy and governance is to confront the unscripted future presented by technological advances and to guide it in ways that synchronize with democratically articulated visions of the good.

We are, if nothing else, in a “moment of provisionality,” so we should pay attention to the scripts we bring to the unscripted future. Given biotech applications that can select and shape who we are, we need to imagine, as broadly as possible, what it means to belong.

Earlier this year, we were appalled to see a figure from a paper co-authored by one of us (S.R.) displayed in a 180-page screed that...

The Center for Genetics and Society would like to congratulate reproductive justice and human rights activist Loretta Ross on her MacArthur Fellowship last week. Loretta was one of the founders of the Reproductive Justice (RJ) movement in 1994, recognizing the connections between women’s reproductive lives and the social, political, and economic environments in which they live. The RJ framework calls for every person to have the right to have a child...

Civil Society
© / A Project of the Tides Center 2022 All rights reserved.