When curing a disease with gene therapy is bad business 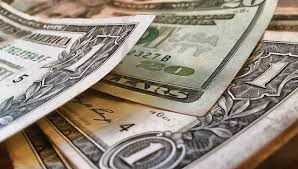 An analyst at Goldman Sachs asked a troubling question this week about gene therapy.

In social media, reactions were quick and sharp. “Cold and immoral.” “Capitalism at its finest.”

But the Goldman analyst has a point. It’s tricky to make a sustained profit from one-shot cures.

For at least one big drug maker, the answer to Goldman’s question is no.

Just today, we saw GlaxoSmithKline sell off its pipeline of gene therapies for rare disease to a London startup called Orchard Therapeutics for a 20 percent stake in the young company.

The treatments Glaxo didn’t want were bona fide miracles: one-and-done cures that replace a broken gene and save a life.

One was Strimvelis, a therapy for a rare immune deficiency that’s been curing kids outright.

Another, still in development, is a DNA fix for a devastating childhood disorder called metachromatic leukodystrophy, which affects the brain. Victims lose their ability to talk, walk, and think before losing their lives.

The economic problem is that companies can run out of patients as... see more