University of Cape Town’s battle to tackle a racist legacy 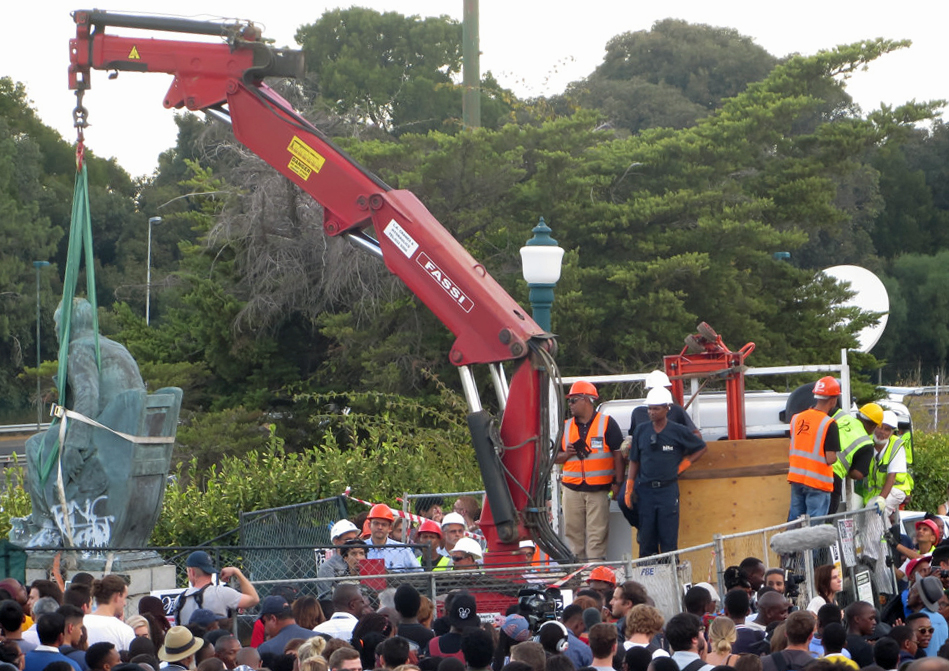 In 2015, a giant crane hoisted a 900-kilogram bronze statue of the imperialist Cecil John Rhodes from its plinth at the University of Cape Town (UCT) in South Africa. Rhodes — a nineteenth-century diamond magnate and a representative of the white-supremacist, colonial rule of southern Africa — had bequeathed the land on which the university now stands. The removal of his statue came two decades after South Africa’s first-ever democratic elections and the end of apartheid.

When the crane did its work, Rhodes’s likeness in front of UCT’s main hall was reeking, both figuratively and literally. A month earlier, a student had upended a bucket of human excrement over the statue, lighting the fuse of what was to become known globally as the Rhodes Must Fall movement (see ‘Of protest and potential’). Since the statue fell, UCT has played host to conversations about how to ensure that the institution — one of Africa’s foremost — embraces inclusivity at its very core.

This includes challenging its traditions, which critics argue are rooted in colonial values... see more

In a ballroom at the Arizona Science Center one afternoon in 2017, more than 70 Phoenix residents—students, teachers, nurses, and retirees—gathered around tables to participate in a public forum about how cities can respond to extreme weather such as heat...

These Sisters With Sickle Cell Had Devastating, and Preventable, Strokes

It was 4 a.m. on a Sunday when Dana Jones heard an ominous sound, barely audible over the whirring of box fans, like someone struggling to breathe. She ran down the hall and found her daughter Kyra, age 12, lying...

When they carried the body of a 32-year-old Black man named Lamont Perry out of the woods in Wadesboro, N.C., there were no protests over his sudden death in police custody.

No reporters camped at the scene. No lawyers filed...