‘There’s no amount of money that can take away how I felt’: California pays reparations to survivors of state-sanctioned sterilizations 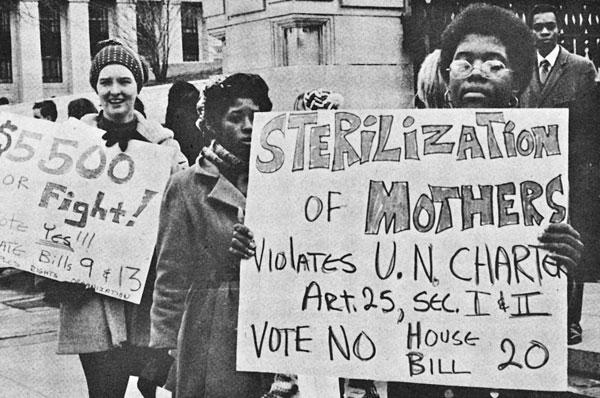 It’s been almost 20 years since a botched surgery while she was incarcerated, but Gabby Solano still mourns the bleak consequences of losing an ovary after her other ovary had already been compromised.

“To me, a woman is here to have kids,” she said. “I’m never going to feel that — being pregnant, the baby growing inside of you, having that unconditional love.”

She’s among dozens of California women who underwent sterilization procedures without their consent while they were in state prisons, up until as recently as 2010.

The wrongful prison procedures echo an older, horrific chapter in California history that affected many more people. Impelled by the racist practice known as eugenics, California forcibly sterilized more than 20,000 people from 1909 to 1979. Both men and women, they were residents of state-run institutions for people who were mentally ill, or had intellectual or physical disabilities.

Now California is owning up to its deplorable practices. The current budget includes $4.5 million to be split among survivors of sterilization procedures at state prisons and institutions, plus money for outreach and to... see more