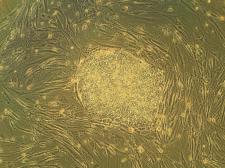 In 2016, Magdalena Zernicka-Goetz grew human embryos in a lab dish for longer than anyone had before. Bathing the tiny spheres in a special broth inside an incubator, her team at the University of Cambridge watched the embryos develop, day after day, breaking all prior records. The embryos even attached to the dish as if it were a uterus, sprouting a few placental cells.

But on day 13, Zernicka-Goetz halted the experiment.

Zernicka-Goetz had hit up against an internationally recognized ethical limit called the “14-day rule.” Under this limit, scientists have agreed never to allow human embryos to develop beyond two weeks in their labs. That is the point at which a spherical embryo starts to form a body plan, deciding where its head will end up, and when cells begin taking on specialized missions.

For the last 40 years, the rule, which is law in some countries and a guideline in others, has served as an important stop sign for embryonic research. It has provided a clear signal to the public that scientists wouldn’t grow babies in... see more