Podcast: Human gene-editing and what it means for social justice

Book Review: The legacy of the eugenics movement lives on in Virginia 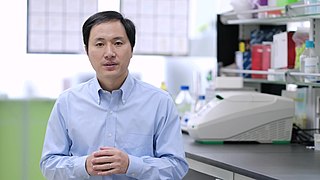 Rebecca and Eben discuss his latest book, The Mutant Project: Inside the Global Race to Genetically Modify Humans, the work of Dr. Jiankui He, who created the first genetically modified babies, and the moral dilemmas this work has since raised, with a particular focus on the values behind gene-editing and its implications for society.

To say that scientists now understand life’s “code” is a stretch. So, from the very title of Walter Isaacson’s latest biography, The Code Breaker: Jennifer Doudna, Gene Editing, and the Future of the Human Race, he’s off to a...

Literature’s dystopian future is closer than you think

The two most famous English dystopian novels — Aldous Huxley’s Brave New World and George Orwell’s 1984 — battle like Kong and Godzilla in classrooms and in the popular imagination. Both offer nightmarish visions of societies permanently stratified. It is...

In Klara and the Sun, Nobel Prize-winning author Kazuo Ishiguro explores a future in which artificial intelligence and human genome editing have been fully integrated into society. The novel illustrates negative impacts at every level, from family dynamics and friendships to worker displacement and economic upheaval.

The story is told through the eyes of an “Artificial Friend” called Klara. She learns about the world through observation and interactions with customers at the shop where she is for sale, and...

How ‘race-norming’ was built into the NFL concussion settlement

Licensed for use by CC BY-SA 2.0 on Wikimedia Commons

CHANDLER, Ariz. — At first glance, Rick Cunningham looks almost as formidable at 54 as he did during his playing days.

Arts & Culture
© Center for Genetics and Society / A Project of the Tides Center 2021 All rights reserved.