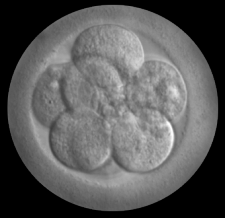 The international body representing stem-cell scientists has torn up a decades-old limit on the length of time that scientists should grow human embryos in the lab, giving more leeway to researchers who are studying human development and disease.

Previously, the International Society for Stem Cell Research (ISSCR) recommended that scientists culture human embryos for no more than two weeks after fertilization. But on 26 May, the society said it was relaxing this famous limit, known as the ‘14-day rule’. Rather than replace or extend the limit, the ISSCR now suggests that studies proposing to grow human embryos beyond the two-week mark be considered on a case-by-case basis, and be subjected to several phases of review to determine at what point the experiments must be stopped.

The ISSCR made this change and others to its guidelines for biomedical research in response to rapid advances in the field, including the ability to create embryo-like structures from human stem cells. In addition to relaxing the ‘14-day rule’, for instance, the group advises against editing genes in human embryos until the safety of genome... see more

In the last six years, scientific groups have organized two multi-day International Summits, both with published summaries, and at least four major reports that discuss whether heritable human genome editing should be allowed, and if so when and under what circumstances. The general trend in these quarters has clearly been supportive of developing the technology, with two important caveats: safety and public acceptance. A casual observer, such as a busy politician who might have to vote on the subject, might...