China Is Reportedly Developing ‘Biologically Enhanced’ Soldiers. So Is the U.S. 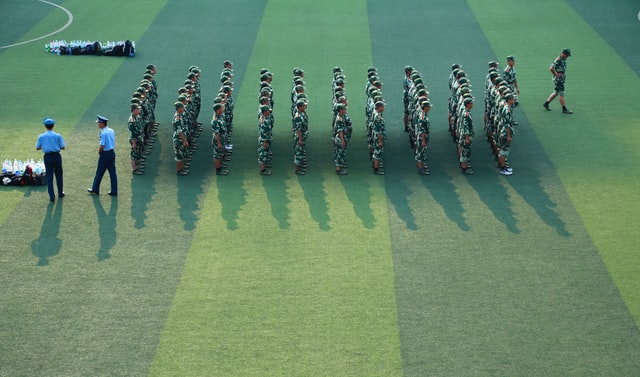 China has reportedly conducted tests on members of its armed forces in hopes of developing soldiers with “biologically enhanced capabilities,” according to John Ratcliffe, the United States’ top intelligence official.

“China poses the greatest threat to America today,” warned Ratcliffe, who’s been President Trump’s director of national intelligence since May, in a Wall Street Journal commentary published last week that outlined the claims.

Radcliffe didn’t elaborate on what kind of biological enhancements the Chinese government is testing on military members, but NBC speculated that the experiments could involve the gene-editing technique CRISPR. NBC cited a 2019 policy paper written by two U.S. experts on China about China’s interest in using gene editing for military purposes.

“While the potential leveraging of CRISPR to increase human capabilities on the future battlefield remains only a hypothetical possibility at the present, there are indications that Chinese military researchers are starting to explore its potential,” wrote the authors, Elsa Kania, an adjunct senior fellow on Chinese military technology at the Center for a New American Security, and Wilson VornDick, a former Navy officer and a consultant... see more