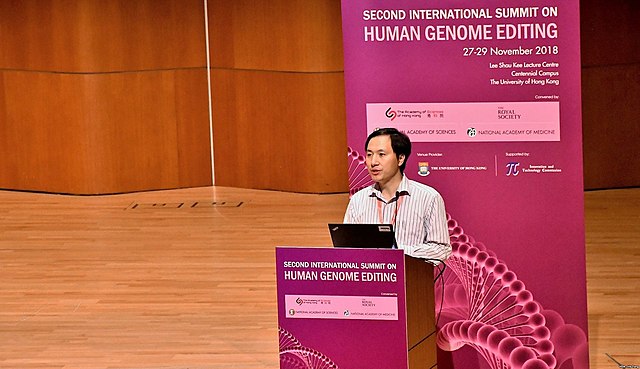 He Jiankui, the Chinese biophysicist who created the first gene-edited children, had been quiet since completing a three-year prison sentence in April, leaving many to wonder whether he had plans to return to scientific research. Earlier this month, we got his answer.

On Nov. 9, He posted photos to Twitter of himself sitting at a computer in a white office. “Today I moved in my new office in Beijing,” he wrote. “This is the first day for Jiankui He Lab.”

Videos and messages posted to He’s Weibo account indicate that it is located in the Daxing district of Beijing, and that it will be focused on developing affordable gene therapies. In another post on the Chinese social media app, he wrote that the first rare disease he’d like to tackle is Duchenne muscular dystrophy.

He did not respond to STAT’s questions, but in an email said “the Jiankui He Lab is a not-for-profit medical research institute dedicated to rare disease gene therapy.”

The flurry of activity on both social media platforms makes it clear that He is eager to... see more