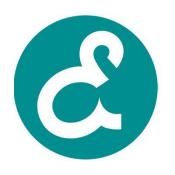 Berkeley, CA – Today the United Kingdom's fertility regulatory agency approved, for the first time, a researcher's request to use powerful new CRISPR “gene editing” techniques to alter human embryos. It is illegal in the UK, as in dozens of other countries, to use modified human embryos to initiate a pregnancy.

"The new gene editing techniques have prompted many responsible scientists, scholars, and public interest advocates to reaffirm the importance of clear policy lines to prevent the creation of GM human beings," said Marcy Darnovsky, PhD, Executive Director of the Center for Genetics and Society. "Unfortunately, there are others who seem to disregard the dire safety and societal risks of manipulating the genes of our children and future generations.”

In December, the organizing committee for the "International Summit on Human Gene Editing" released a statement saying that “it would be irresponsible to proceed with any clinical use of germline editing unless and until... there is broad societal consensus about the appropriateness of the proposed application.”

"The public conversation about this potentially society-altering technology has barely begun in the UK and US, let alone in other countries," said Darnovsky. "Many people are just beginning to consider which uses of gene editing are appropriate and which are unacceptably dangerous. Time and effort will be required to include the many voices that have not yet been heard, for example social justice and public interest organizations, human rights advocates, and community and labor groups.”

Scientists at the Francis Crick Institute have described their just-approved embryo gene editing study as a way to study the accuracy of the technique, so as to inform the debate about using it for reproductive rather than research purposes.

Darnovsky notes that enthusiasm for reproductive uses of gene editing seems more pronounced in the UK than in other places. “Is today's decision part of a strategy to overturn the widespread agreement that puts genetically modified humans off limits?,” she asked.

“The designer-baby question is a social and political question more than a technical one, and we are at a tipping-point moment on it,” Darnovsky continued. “Now is the time to ensure that gene editing is not used to create GM babies, and that we stay off the high-tech road to new forms of inequality, and to a consumer-driven form of eugenics.”

The Center for Genetics and Society is a non-profit public affairs and policy advocacy organization working to encourage responsible uses and effective societal governance of human genetic and reproductive biotechnologies. CGS has organized an open letter calling for strengthened prohibitions against human germline modification, signed by scholars, scientists and public interest advocates.