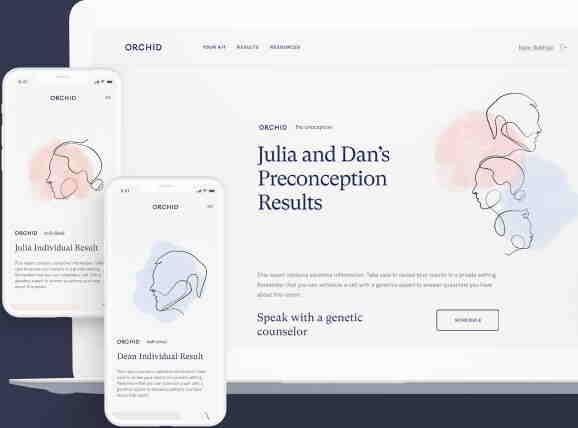 (Kudos to the doubly punning headline writer at Crunchbase.) The concept is that Orchid will analyze “100% of both partners’ genomes” and analyze the possible ways they can combine “in a future child.” Thus future parents will be able to reduce the possibility that the child will suffer from “diseases like heart disease, schizophrenia and cancer.”

There are three obvious problems with this idea, as Harvard Professor Pete Kraft, Director of the  Program in Genetic Epidemiology and Statistical Genetics, points out in an excellent Twitter thread that elaborates on this summary:

1) The science doesn’t add up. 2) There are better ways to ensure your (and other) children have healthy and happy lives. 3) The message it sends is… not good.

As Kraft and many others rightly note, we are only just beginning to consider in proper depth the science, the law, and the ethics of screening embryos for polygenic conditions, notwithstanding growing hoopla about “polygenic risk scores” – including marketing claims by Orchid’s fans and founder. For a much more sober, indeed damning, take, see a comprehensive analysis by Caltech professor of computational biology Lior Pachter, definitively titled:

Scientifically, polygenic does not mean “several genes interacting only with each other” — each of those genes may be interacting with several others, for different purposes, and analysis (let alone prediction) becomes extremely complicated very fast. Socially, the problem also starts with over-simplification, everyone being the center of their own reality, and rapidly moves on to self-justification of those in power. And the context is that the U.S. hasn’t even begun to regulate the assisted-reproduction industry, aside from some barely enforced reporting requirements, meaning that increasing consumer choices and profit potential would be what guides how polygenic embryo screening is offered. (Orchid does offer some financial assistance, but they do ask for tax records for the last three years, which might put some people off.) Moreover, none of the discussion about polygenic risk scores seems to treat the individual people involved, especially women, as — well — individual people.

Orchid’s is not actually a novel scheme. A company called GenePeeks was launched in 2012 by Lee Silver and Anne Morriss to offer a similar service. They obtained a patent and finally raised $3 million in 2014, but presumably burned through that by 2018, when Morriss left.

Orchid also intends to go a step further than GenePeeks: Later this year, after the “Couple Report” is up and running, the company plans to launch an “Embryo Report” that will “mitigate your family’s genetic predispositions with advanced genetic screening for your embryos.” They claim that they will measure the risk each embryo has for schizophrenia, Alzheimer’s, heart disease, breast or prostate cancer, and more! “Board-certified genetic counselors” will [the website is presently somewhat aspirational] “walk you through your results.”

We’ve heard this before too, with Genomic Prediction, which has changed its website drastically and renamed it lifeview.com, presumably because of bad publicity. Incidentally, the company also seems to have backed away from IQ testing: They used to claim to identify embryos deemed likely to have “mental disability” but co-founder Stephen Hsu (who has long been notorious as a vocal scientific racist and eugenicist) also expected to test for high-IQ embryos eventually. Now, however, the LifeView FAQ includes this simple exchange:

Orchid has nothing officially to say on that question. However, the bioethicist they interview on-site, Jonathan Anomaly, is the author of Creating Future People: The Ethics of Genetic Enhancement and a paper with the “deliberately provocative” title Defending Eugenics:

In defending eugenics, I want to reclaim the spirit of authors like Francis Galton and Charles Darwin, who believed that our reproductive obligations change with our understanding of biology and our capacity to control it. Defending eugenics does not commit us to endorsing state-sponsored coercion, nor to the parochial views held by some advocates of eugenics in the early twentieth century.

Unsurprisingly, this paper caused a stir when its author was hired at the University of Pennsylvania. Anomaly responded that he should not have used that title, called for a conversation and evidently kept his job. The title was, however, accurate and the subtitle quite pertinent:

From cryptic choice to conscious selection

Anomaly has also co-authored, with Christopher Gyngell and Julian Savulescu, a paper titled:

They acknowledge that “there will be interesting trade‐offs when it comes to modifying genes associated with psychological traits” and stress that, for the moment, choosing your partner is “more effective and less risky” than editing embryos. But Anomaly is clearly the kind of bioethicist that Orchid wants.

The website, we should note, is orchidhealth.com, since the URL “orchid.com” has been taken, not by a florist but by a Crypto Powered VPN. The two Orchids do have at least one connection: Coinbase, the first big cryptocurrency player to go public, whose co-founder invested in one while his company works with the other. It’s hard to avoid the conclusion that there are two kinds of people in the modern world: the exploiters and the exploited. Or, as Shakespeare nearly wrote in Sonnet 94, Orchids that fester smell far worse than weeds.