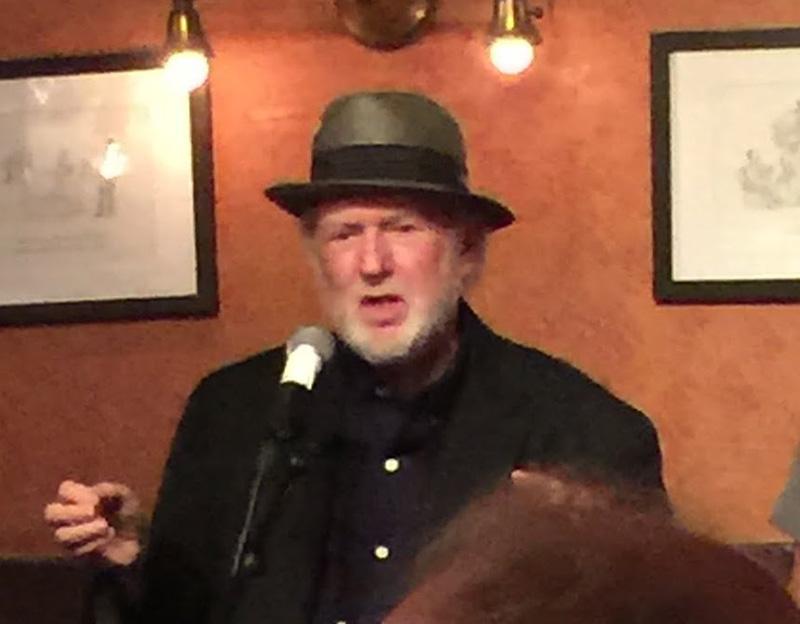 I first met Sheldon Krimsky at a conference on “Research with Recombinant DNA” organized by the U.S. National Academy of Sciences in Washington, DC in March 1977. (We later discovered that we had unknowingly been together on a more momentous occasion in the summer of 1963, in Forest Hills, New York, when Joan Baez, at the end of a concert performance, introduced the then little-known Bob Dylan to his first large audience.) Shelly was the only social scientist on the Academy Forum’s 20-person Panel of Inquiry, selected in recognition of his activities in the “DNA wars” in Cambridge, Massachusetts the year before. There he had served on the nine-member Cambridge Citizens Committee that advised the City Council on how to govern these unprecedented genetic manipulations. Shelly’s hand was evident in the country’s first legislation regulating biotechnology, including the recommendation to the NIH that every grant award should include funding for laboratory safety and health monitoring.

At the Academy Forum, he questioned Eli Lilly and Company’s vice president of research on the company’s intentions to oppose regulation of DNA research. This elicited the response: “In industry we are used to having people stand over our shoulder and suggest what we do, and I don't think that [academic scientists] are, and I don't think you are going to like it.” Never one to dismiss a valid insight because of its source, Shelly took this riposte to heart. Over the succeeding years he paid close attention as university scientists, through venture capital investments in their laboratories and corporate consultancies, became the leading edge of gene-based product development. As they sought to minimize and gnaw away at regulatory constraints and safety measures Shelly became the preeminent chronicler of conflict-of-interest and the profit motive in the industry-university complex, and the resulting abuses (e.g., see Science in the Private Interest, Rowman & Littlefield, 2003).

The 1977 meeting was the incubator for the Council for Responsible Genetics (CRG), the first organization worldwide to take up the full panoply of challenges presented by gene research and technology. These included gain-of-function and other biohazardous research, weaponization of microbiology, the ideology of genetic determinism in scientific explanation, gene patents and the commodification of life, genetically modified crops, food safety and the monopolization of agriculture, genetic privacy and surveillance, genetic discrimination, “scientific” racism, disability rights, reproductive justice and women’s rights, misuse of genetics in medicine, and heritable genetic modification of humans. While the CRG had specialists in each of these areas, Shelly was involved in most of them, in the form of the articles and books he authored, and the workshops and conferences he organized.

Although the CRG was officially incorporated in 1983, the academics and activists who formed its core attended the 1977 Academy Forum and began meeting in Boston in 1979.  The organization lasted for more than three decades, with Shelly as its longest serving member and eventual president. During the first years, we were treated to his reports as the first non-biologist appointee to the NIH Recombinant DNA Advisory Committee (RAC), a position he gained by his reputation for sage deliberation on the Cambridge committee and at the Academy Forum, and occupied from 1979-81. But after voting against a proposal to grow tumor virus DNA in E. coli, and petitioning both to add labor union representatives to the RAC and to handle DNA research proposals involving proprietary information (which were deemed to be outside of the RAC’s jurisdiction) by sending them to the Occupational Safety and Health Administration, the NIH finally had enough.  His sage advice having morphed into more radical critique, Shelly was not appointed to a second term.

In the early 80s, the CRG moved to a shared office in Cambridge, and held its semi-annual weekend meetings in the conference room adjacent to the office of one of its founding members, Ruth Hubbard, Harvard’s first tenured woman professor of biology. On many of these occasions I was the house guest of Shelly and his wife, the painter and writer Carolyn Boriss-Krimsky. One of these stay-overs was on Saturday, April 26, 1986. I was listening to the radio in my guest room after dinner and heard the news that “Chernobyl” had melted down. None of us recognized the proper noun, but that evening we heard it many times. Although the details would only emerge over weeks and years, the conversation that night was informed by Shelly’s insights as one of the world’s experts on human fallibility and corruption in the management of dangerous technologies.

As the field of biotechnology matured, Shelly was always on the spot with innovative ideas and projects. I had the privilege of being involved in some of these, including a symposium he organized in 1995 at Tufts University (his home institution) on the prescient topic of “Genetic Engineering and Our Humanness.” On that occasion, one prominent geneticist who arrived as a full-throated advocate of human germline genetic engineering departed as a vocal critic of the idea. I was also a contributor to his three edited volumes: Rights and Liberties in the Biotech Age: Why We Need a Genetic Bill of Rights (Rowman & Littlefield, 2005, edited with CRG staff member Peter Shorett); and Genetic Explanations: Sense and Nonsense (Harvard, 2013) and The GMO Deception (Skyhorse, 2014), both edited with the lawyer and public policy advocate Jeremy Gruber.

Shelly was also the author of monographs on a wide variety of biotechnology-related subjects. For example, in the early 1990s the visionary environmental health analyst Theo Colborn (1927-2014) began formulating the “environmental estrogen hypothesis” in which industrial byproducts came to be recognized as major disruptors of embryonic development and childhood and adult physiology. Shelly’s Tufts colleague Ana Soto, a cancer biologist, independently found that cells grown on plastic plates behaved differently (as if they had been exposed to hormones) than on glass plates. These results, which confirmed the troubling new perspective, sparked Shelly’s interest. He committed himself to mastering a trove of unfamiliar material and eventually became one of the new paradigm’s most compelling exponents (e.g., Hormonal Chaos: The Scientific and Social Origins of the Environmental Endocrine Hypothesis; Johns Hopkins University Press, 2003).

Shelly’s book launch parties were memorable occasions. Genetic Justice: DNA Data Banks, Criminal Investigations, and Civil Liberties (Columbia University Press, 2010; coauthored by the genetics policy analyst Tania Simoncelli) was introduced in the Hall of Biodiversity of the American Museum of Natural History (AMNH) in 2011, with music provided by Carolyn’s and Shelly’s son Eliot and his band. The GMO Deception was launched with short talks by some contributors on AMNH’s rooftop terrace three years later. And in 2015, the Vivaldi Caffe in New York City’s West Village was the venue of an intimate theatrical presentation of portions of the Socratic/Galilean Stem Cell Dialogues: A Philosophical and Scientific Inquiry into Medical Frontiers (Columbia University Press, 2015). The accompanying picture of Shelly here was taken at that event.

It is ironic that the life of Shelly Krimsky, as unbelligerent as one could be, was bracketed by his country’s entry into World War II and its flirtation with World War III. It also ended in the midst of a pandemic that he privately suspected might have arisen from gain-of-function laboratory research. During these eight decades he distinguished himself as a gentle, but insistent, deeply knowledgeable and courageous voice against the destructive forces unleashed by purveyors of modern technology.

Stuart Newman is a professor of cell biology and anatomy at New York Medical College. He also writes about social and cultural aspects of biological research and technology. He was a founding member of the Council for Responsible Genetics, and is the author, with Tina Stevens, of Biotech Juggernaut: Hope, Hype, and Hidden Agendas of Entrepreneurial BioScience.

Can Super Babies Save the World?

Sitting in their toy-filled family room on a sunny September afternoon, Simone and Malcolm Collins were forced to compete with the wails of two toddlers as they mapped out their plans for humankind.

Genetic Selection
© / A Project of the Tides Center 2023 All rights reserved.