Pop Culture and Policy: Can Works of Art Shed Insight on Synthetic Embryos? 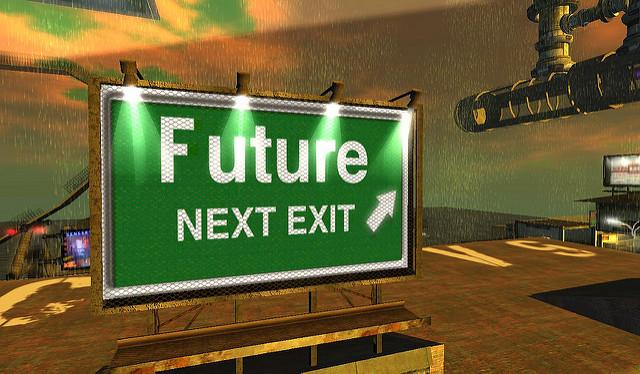 Last year we were reacquainted with two familiar ethical conundrums: the creation of human “replicants” and research using human embryos. In the newly released Blade Runner sequel, the replicants are again made at the behest of the powerful and privileged, renewing our fears of human cloning gone wrong. Earlier in the year, Harvard geneticist John Aach and his colleagues published a cautionary article in eLife about SHEEFs, a new kind of embryo-like construct using induced pluripotent stem cells.

SHEEF stands for Synthetic Human Entities with Embryo-like Features. Scientists say SHEEFs could eliminate the need for human eggs for stem cell research, animals for biomedical research, and savior siblings for stem cell therapy. But they nonetheless raise vexing ethical questions, and Aach and his co-authors – who themselves devised the term “SHEEFs” – are requesting a deep dive into the issues surrounding their use in life science research.

However, a scholarly article like theirs, notwithstanding its publication in an open-access journal, is unlikely to effectively encourage public input on the social implications of new biotechnologies. What if we looked instead to artistic endeavors and popular culture for inspiration to help society engage with the future applications of gene splicing, cell fusions, embryonic manipulations, and the like?

Many artists grappling with emerging biotechnologies have created works that raise important questions about social consequences. In Andrew Niccol’s film GATTACA, Vincent is a young man who is not genetically engineered in a society that discriminates against “naturally conceived” people. He works as a janitor and is called an “in-valid,” referring to his low social status. Other artists place their characters in familiar human contexts, in an effort to bring the dystopian potentials of new technologies out into the open. Novelist Kazuo Ishiguro, recent winner of the Nobel Prize in Literature, tells the story in Never Let Me Go of human clones who look, act, and feel just like we do.

Sculptor Patricia Piccinini chooses a different approach. Rather than make clones or replicants in our image, she chooses to create a disconnect that moves us from the familiar to the unfamiliar. At first glance viewers are immediately drawn in by the familiarity of human skin and humanoid morphology, but then there is a cognitive dissonance, as they realize the forms are animal-human chimeras. What is most interesting is that Piccinini’s artwork may well embody the future of SHEEFs. Her sculptures share human physical qualities, yet upon closer inspection appear to be animal-human hybrids designed to serve humans. In 2012, Piccinini produced The Carrier, an animal-human hybrid carrying an elderly person, a futuristic wheelchair. The work is startling in its effect but is not too far off from real-world experiments and innovations.

Could SHEEFs one day provide the humanoid organs, brain, and skin for artificial life forms like the ones seen in Piccinini’s sculptures and in the sci-fi films Blade Runner, Ex Machina, or Vice? What ethical issues lie in our future with the development of such entities?  These questions and more are raised by a recent review in MIT Technology Review where videos of these self-forming embryos are showcased.

Since SHEEFs are not “real” embryos, but derived from induced pluripotent stem cells rather than embryonic stem cells, it can be argued that they provide a biological stem cell resource free of ethical baggage. For instance, SHEEFs could eliminate the health risks of human egg harvesting, as well as researchers’ use of abandoned, extranumerary, or “dead” embryos created through IVF technology. Using SHEEFs instead of human embryos would avoid the ethical quagmires related to the moral status of the embryo, and the commodification of human gametes as seen with policies and practices related to human egg provision for research and fertility. Additionally, since SHEEFs are derived from adult cells, they would be immune-compatible with their human donor, and potentially provide species-specific platforms for the screening and development of drugs and cell therapies, thereby eliminating the need for unethical animal studies.

But as Aach and colleagues say in their eLife article, SHEEFs introduce a whole new set of ethical conundrums and, because their status as embryos is questionable, they lie outside the standard regulations for embryo research. Because SHEEFs are constructed through induced pluripotent cell technology, they are malleable to the point of altering standard developmental pathways. One of the most provocative issues raised by Aach et al. is that SHEEFs could develop nervous systems without ever progressing through the primitive streak stage. This pivotal developmental milestone establishes the progenitor cells for the spine and nervous system and occurs at 14 days. It is also the point after which no twinning can occur: before this point the embryo is not considered a unique human being. For these reasons, there is agreement that day 14 is the cut-off point after which no embryo research should be conducted. Precisely because SHEEFs can skip over this developmental process and proceed to differentiate nerve tissue, they would be optimal for research focused on pain.

As Aach et al. contend, the difference between SHEEFs and embryos may mean we need new regulations to address the future applications of this new technology. This concern is pressing given the new guidelines on human research subjects in the United States. With the revision of the Common Rule in January 2017, any human biospecimen is considered a human subject. Since induced pluripotent stem cells are derived from adult tissue, SHEEFs are derived from biospecimens and fall under this rule.

As Kazuo Ishiguru commented in an interview with The Guardian,

"When you get to the point where you can say that person is actually intellectually or physically superior to another person because you have removed certain possibilities for that person getting ill… or because they're enhanced in other ways, that has enormous implications for very basic values that we have."

But what about the reverse? When you engineer a ball of cells to develop into a human-like form that won’t become a human, what value system is in operation? Is it one we are prepared to embrace because it allows us to protect animals, human embryos, and egg providers? If so, what kind of regulations need to be put in place?

These are questions that need meaningful public consideration, broader input than researchers, ethicists, and policymakers can offer. While science fiction movies, books, and art works don’t lay a foundation for regulation, it would be useful if real-life policy discussions could generate as much excitement as they do.

Katayoun Chamanay, Mohn Family Chair of Natural Sciences and Mathematics and Associate Professor of Biology at Eugene Lang College The New School for Liberal Arts, is an education researcher whose scholarship integrates critical pedagogy, case based learning, and infographic thinking in the design of biology curricula that address health equity and social justice. She is the principle investigator for an interdisciplinary NYSTEM Curriculum Development project centered on stem cell research that challenges normative assumptions surrounding biomedical research and incorporates feminist and disability justice perspectives, specifically as it relates to oocyte provision. She is a Science Education for New Civic Engagements and Responsibilities (SENCER) Leadership Fellow as she has developed teaching methods that promote inclusion and informed decision-making that can lead to social change. She is also the 2017 recipient of the  William E Bennett award for Extraordinary Achievements in Citizen Science and has received the Distinguished University Teaching  Award at The New School.  She received her Ph.D in Cell and Molecular Biology from UC Berkeley in 1996 and was a visiting professor at UC Berkeley, Pomona College, and Harvey Mudd College.

Side effects of OHSS can range from nausea and vomiting to severe bloating and blood clots. In the worst cases, OHSS can be fatal.
Assisted Reproduction

"What this essentially does is use a woman's body as a petri dish."
Assisted Reproduction

The Surrogacy Group promised its clients services like matching intended parents with gestational surrogates, assisting clients with the surrogacy process, and managing funds. In many cases, however, the group’s owner pocketed the money, leaving both surrogates and intended parents high and dry.
Reproductive Justice, Health & Rights
© Center for Genetics and Society / A Project of the Tides Center 2020 All rights reserved.