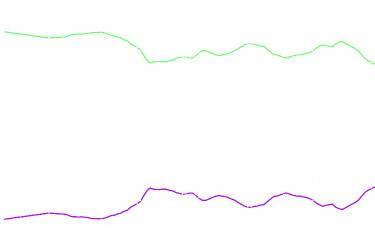 CGS has been keeping track of public opinion studies, especially on inheritable genetic modification and human cloning, as well as animal and pet cloning, with some data going back as far as the 1980s. The Gallup series is particularly useful since its consistent methodology reveals trends over time.

Cloning and stem cell research provoked headlines and enormous controversy in the early 2000s. The general trend since then has been in the direction of greater acceptance, though the differences are not drastic:

Unfortunately, Gallup’s work still does not include a range of topics including genetic testing, gene editing, gene drive, synthetic biology and topics arising from current reproductive technologies such as sex selection, surrogacy and mitochondrial transfer.

That could change. Questions about alcohol and marijuana were added in 2018, and Gallup touts them in its headline:

You think? Well, it’s good to have data. In other news, gay or lesbian relations have moved from disapproval (40–53) in 2001 to strong acceptability (67–30), and the data shows a fairly consistent trend, with a tipping point around 2008 (48–48). Divorce is generally accepted (76–20) but married men and women having an affair is emphatically considered wrong (10–88).

Stem cell research and cloning are really no longer the biotechnology issues about which the state of public opinion is most significant. Human cloning may stand as some kind of a proxy for “designer babies” but that’s only a guess. More specific questions might raise the prospect of heritable gene editing for cosmetic purposes, or for attempts to increase intelligence or other aptitudes, or in the hope of reducing susceptibility to disease.

If Gallup were to add questions, the wording would be critical. There would be a risk of normalizing hypothetical technologies that may never be proven safe or effective, but trends in public opinion would, to say the least, be interesting.