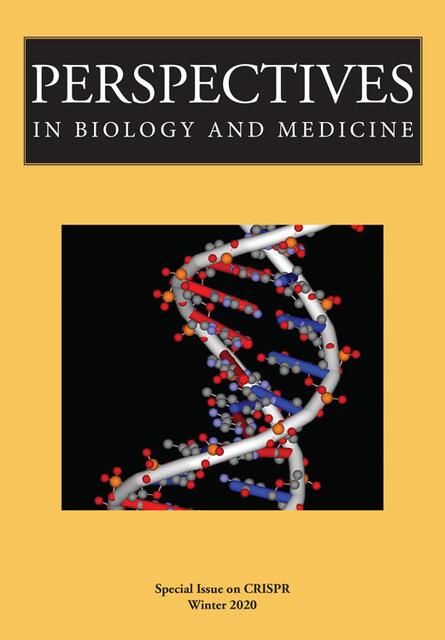 The debates around heritable human genome editing continue, with position statements and recommendations being issued without yet forming a deep consensus. These include the “Geneva Statement,” with which the Center for Genetics and Society was deeply involved, and, most recently, the “Joint Statement” from the French National Advisory Committee on Ethics, the German Ethics Council and the British Nuffield Council on Bioethics. That the technology is not ready is widely (though not unanimously) accepted. Whether its application should be allowed at all remains controversial, and what legal structures should be created and/or applied is very far from settled.

In this context, Perspectives in Biology and Medicine recently published a Special Issue on CRISPR (used as shorthand for all gene editing) that is well worth an hour or two of your time. The distinguished contributors represent an unusually wide variety of backgrounds and perspectives; fortunately, their work is freely available. The journal’s goal is to publish “essays that place important biological or medical subjects in broader scientific, social, or humanistic contexts,” which is exactly what the gene-editing debate needs and this issue offers.

Neal Baer*, who edited the issue, contributes a Commentary: Code Dread that stresses the importance of these discussions and briefly links the essays together; I only mention a few of them here, but they’re all worth reading. Among them is a fine piece by the Center for Genetics and Society’s Marcy Darnovsky and Katie Hasson that, as Baer notes, refocuses our conversations about CRISPR “away from technical, medical, and scientific considerations toward matters of societal meanings, values, context, and consequences.”

To that end, several essays challenge simplistic medical arguments in favor of human germline gene editing from a disability justice perspective. For instance, Rosemarie Garland-Thomson grounds an academic discussion of modern eugenics with the personal story of a friend with an autistic son:

The idea that he would have selected against bringing that son into his life then, and the life he would have without his son, are now unimaginable for him.

Carol Padden, who is deaf, and her daughter Jacqueline Humphries, who is bilingual ASL/English, advocate for a broad view of human diversity. Ethan J. Weiss, who also published a shorter version of his article in STAT that provoked some controversy, writes about about having a daughter with albinism as a result of a stable germline mutation. In their family, he says, albinism “evolved from a disability we all wish she never had to something we learned to accept to something we celebrated to something we cherished.”

Alta Charo’s thesis is: Why worry? Her reasoning is that reproductive technologies have not, so far, had apocalyptic effects on society; moreover, the so-called “genius sperm bank” failed commercially. Regrettably, her title trivializes the debate: “Who's Afraid of the Big Bad (Germline Editing) Wolf?” (Not she.)

The most challenging piece is by Peter Mills:

… This essay argues that we ought to admit that the opponents are correct: human reproductive genome editing cannot be justified on medical grounds. Taking a deliberately provocative line, the essay suggests how inscribing such practices within a conventional model of biomedical research fails to take proper account of the interrelated interests in play, including those of the wider society and its future members. …

Mills takes a somewhat different line than the formal committees of the Nuffield Council on Bioethics, where he has been based since 2011; good for him and Nuffield too. His doctorate is in philosophy, and it shows. His discussion of “unmet needs” and of the varying interests of society, parents, and children—and the contexts in which they are instantiated—is thoughtful and complex. The whole essay is well worth a careful read.

The best contribution, in my view, is by J. Benjamin Hurlbut on “Imperatives of Governance: Human Genome Editing and the Problem of Progress.” He examines “the question of who decides, and on the basis of what authority … [and] what questions should (and should not) be asked in the first place.” He examines in detail the relationship of He Jiankui to his colleagues in science:

In sum, far from “going rogue” and rejecting the norms and expectations of his professional community, He Jiankui was guided by them.

There is much I could quote, but read the whole thing. The last paragraph begins with a reference to Robert Oppenheimer’s description (to the US Atomic Energy Commission) of the insidious attraction of technical advance, and concludes:

The sweet successes of the nuclear age threatened to extinguish civilization itself. Biology's emerging powers over the stuff of life, though far more subtle, are no less threatening to human integrity. It is at our peril that we the people cede the authority to guide and govern our common future to those who would mistake the sweetness of their own success for progress.

*Author affiliations are listed below: