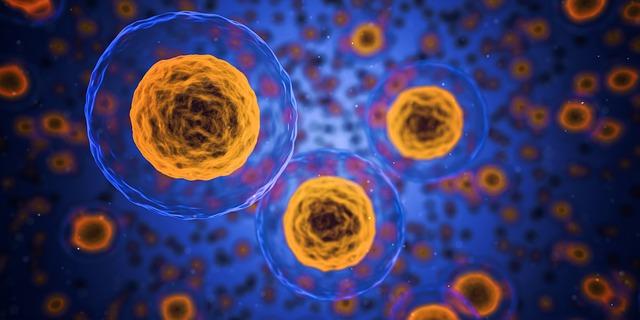 On February 14, a committee of the National Academy of Sciences (NAS) and National Academy of Medicine (NAM) released its much anticipated report, Human Genome Editing: Science, Ethics, and Governance. The report’s main conclusion regarding human germline gene editing, or the genetic engineering of future generations, was to proceed with caution. Do not be misled by its cautionary language, however. The report represents the first time that human germline modification has ever been given a green light, radically departing from a long-standing international consensus that interventions in the human germline should remain off limits.

In so doing, the NAS report disregards the importance and scope of the existing global opposition to human germline modification — more than 40 countries worldwide have banned altering the genes of human gametes or embryos for reproduction, as have the Council of Europe’s 1997 Oviedo Convention and UNESCO’s 2015 updated Report on the Human Genome and Human Rights. The latter states that:

[I]nterventions on the human genome should be admitted only for preventive, diagnostic or therapeutic reasons and without enacting modifications for descendants, as affirmed in Article 13 of the Oviedo Convention. The alternative would be to jeopardize the inherent and therefore equal dignity of all human beings and renew eugenics, disguised as the fulfilment [sic] of the wish for a better, improved life. (26)

Curiously, the report also significantly departs from the statement issued at the conclusion of the NAS’s own International Summit on Human Gene Editing just fourteen months ago. That statement, written by a separate NAS committee that organized the Summit, noted that moving forward with the technology would be irresponsible without “broad societal consensus.” (See here for a well-argued critique of this reversal by a member of the Summit’s organizing committee.)

In other words, the only stance resembling broad societal consensus at the moment is one which supports an international ban. The new NAS report, by using cautionary language to open the door for clinical trials of human germline modification, disregards the current international consensus as well as the foundational concerns upon which it was built. Acknowledgement of this widespread international agreement was conspicuously absent from the NAS press release session as well, which can be viewed here.

During that event, report co-author Richard Hynes was asked about the implications of opening the previously closed door to human germline modification. Deflecting the point, he spoke of international opposition as if it was restricted to the past, and seemed to suggest that the only reason for the opposition in the first place was that germline modification technology was not feasible or safe at the time:

[I]n the past, there has been a line drawn by many that says you should refrain [from human germline modification]. That was mostly because there was no way of considering how to do that at all. Doing it safely. It was a theoretical idea, it seemed to have many complications, and wasn’t really feasible anyway.

However, opposition to human germline modification has always been motivated not just by concern about technical feasibility or safety, but also by a host of ethical and social implications for the future of humanity.

But you don’t have to take my word for it. I asked several experts who have long participated in the international debate to comment on Hynes’ statement:

Dr. Roberto Andorno, Associate Professor of Law at the University of Zurich and former member of UNESCO’s Bioethics Committee:

I don’t agree … that the only reason for the opposition … in the past was that [the technology] was not safe or feasible. There were (there are) fundamental concerns of the long-term impact of the technique, and not just issues of immediate risks or side-effects. This is clear if you read the large body of literature from the 1990s on germline interventions. [And] “feasibility” as such is not an ethical reason for attempting or not to do something. It does not make sense to say that something was prohibited because it was not feasible!

Dr. Hille Haker, Professor of Theology at Loyola University Chicago, invited speaker at the NAS International Summit, and former member of the European Commission’s European Group on Ethics in Science and New Technologies:

If I look at it from an international regulations perspective, they are right to state that human germline gene editing has never been realistic to do, but it is incorrect to say that this is the reason why it was thought it shouldn’t be done. The argument has always been that it will never be safe to experiment with embryos because no one will ever be able to foresee the ramifications and effects this will have on future generations. Of course they also cannot foresee this now, but they are willing to take the risk that we think is an undue burden on future generations. Germline gene editing will never ever be responsible.

Apart from being extremely ignorant about the history of this debate, Robert Hynes’ remarks perfectly express the technocratic attitude … that ethical and social issues have no real substance. Of course, the reason that the Council of Europe, EU, and other countries have banned [human] germline engineering is precisely because of the ethical and social implications, i.e. the creation of a new form of eugenics. If the concern were merely with safety, the appropriate policy response would have been a moratorium and/or regulation [instead of a ban]. … There are rather few examples of laws prohibiting particular applications of science and technology, and the fact that there is one in this case should have given him pause for thought: where they do exist there must be some really strong reason for it.

All three experts expressed their deep disappointment at the report’s recommendation to cross a line that so many countries have already agreed we shouldn’t cross. Blatantly disregarding the careful deliberations undertaken by policy makers across the world over the past few decades, it makes a recommendation that, if implemented, would unalterably change the future of humanity as a whole.