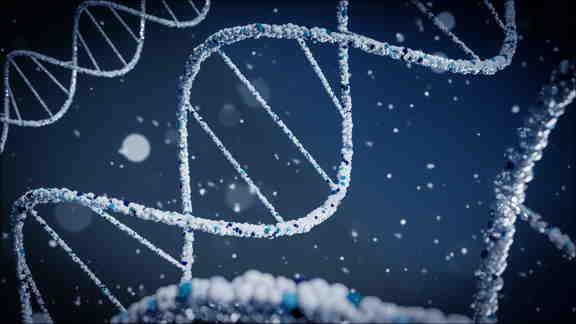 Image by Braňo on Unsplash

Biopolitical Times will post a brief summary after each session and further comments after the event is complete.

The Third International Summit on Human Genome Editing was scheduled for March 7–9 2022 but postponed a full year due to the pandemic. In its place the Planning Committee organized three small, themed online discussions looking ahead to 2023.

Introducing the panel, Lovell-Badge briefly discussed the history of the Summits, noting recent advances in medical gene editing. Doudna discussed some possible applications, in particular for addressing sickle-cell disease, and promised “a brighter future for mankind.” Gillmore described in detail his scientific research, the first in vivo CRISPR gene editing clinical trial, and the eventual possibility of permanent cures. Cai focused on research to deliver CRISPR gene editing into human bodies. Clark stressed the technical challenges involved in creating and editing eggs and sperm in the lab, which has had some success in mice but not yet in humans.

The lengthy Q and A period mostly focused on scientific details, such as the detection of off-target effects and large on-target deletions. Lovell-Badge seemed particularly optimistic about heritable human genome editing, and at least two of the speakers expressed their hope that it could be used to eliminate disease-causing genes from the human population completely. For somatic applications, the presenters suggested the possibility of producing one-shot cures, but noted there could be a need for second or even more administrations. Muscular dystrophy was suggested as an early candidate for heritable genome editing.

The discussion explicitly avoided issues of access, ethics, or regulation, despite some questions from participants. Lovell-Badge explained that those matters will be a focus of subsequent sessions this week, and that in the 2023 Summit they will be considered together with the technical issues.

The second session, on Tuesday March 8, was Looking Ahead to Equity & Access, and was split into two parts.

Part 1, Health system barriers to access new gene editing technologies, was chaired by Javier Guzman, a native of Colombia and Director of Global Health Policy at the Center for Global Development, and featured Arafa Said, founder of Sickle Cell Disease Patients Community of Tanzania, and Ambroise Wonkam, raised in Cameroon, now Director of the McKusick-Nathans Institute, and Department of Genetic Medicine at Johns Hopkins.

Said spoke to the experience of a person living with sickle cell, who has been taking hydroxyurea for a decade. She pointed out that hydroxyurea could be considered a newer treatment in Tanzania, as it has only been widely available there for about 5 years. Said concluded (after an interruption due to technical difficulties) that people are willing to try new therapies, especially when they hear positive stories of other patients, but cost and accessibility need to be considered. Further, cooperation among doctors, researchers, and patients is key. Wonkam noted that gene therapy for sickle cell now exists, though a shortage of genomic data as well as lack of specialized treatments centers and other infrastructure may limit its application in Africa.

Guzman began the discussion by asking what researchers should keep in mind (other than price, because it would be the topic of the next segment) in order to make gene editing accessible to patients in low- and middle-income countries. Price, Said objected, is the first thing you have to think about, and Wonkam readily agreed. He stressed the need for governments to prioritize sickle cell intervention and investment, particularly for in vivo gene therapy, which requires less high-tech infrastructure and may therefore have greater promise than ex vivo therapies . Both favored increasing access to already available interventions, such as newborn screening and hydroxyurea, in addition to investing in new approaches.

McCabe pointed out that the fundamental challenge of ensuring patient access is a growing problem when therapies cost not thousands but millions of pounds and greater numbers of such therapies are expected in the coming years. Towse explained in detail how pricing policy can be very challenging for therapies that promise a one-time, lifetime cure, especially in relating value to outcomes. This is complicated by uncertainty about the duration of health improvements achieved.  Bubela identified areas of market failure, for instance where profits seem unattainable, and the difficulties in providing safe, effective, and affordable treatments. She discussed how current commercial and intellectual property incentives complicate this further. She noted that picking winners is difficult and suggested considering alternative models such as Open Science. While these models often work in academia, the increasingly blurry line between academic research and commercial use raises questions.

The discussion brought up several interesting points, including that research on techniques tends to be more attractive to scientists than research on public health, although public health interventions can often provide greater health improvements at a lower cost. Are expensive gene therapies the best use of scarce resources in the healthcare system? This question should be at the heart of any discussion of equity and access in gene editing.

The third session, on Wednesday March 9, was Looking Ahead to the Governance, and was split into two parts.

Part 1, on Current Regulation, was chaired by Françoise Baylis, bioethicist and University Research Professor at Dalhousie University, Nova Scotia. The website featured two pre-recorded videos (not played during the session) on Governance Recommendations from two major reports, from the National Academies and Royal Society in 2020 and from the World Health Organization in 2021.

Piers Millett of the Future of Humanity Institute described his preliminary findings about regulation of somatic genome editing in selected countries that may have to deal with the issue in the near future. Katie Hasson of CGS presented research published in the CRISPR Journal demonstrating that at least 70 countries prohibit germline genome editing and none explicitly allow it. This widespread policy agreement shows that consensus around prohibiting heritable genome editing may be possible. Hasson emphasized the need for human rights perspectives and more voices from civil society in next year’s Summit event.

The ensuing discussion focused on the need for clear definitions of kinds of gene editing in policy conversations, an understanding of how regulations are practically enforced and monitored, and resources to fund large-scale public engagement on gene editing.

Part 2, on Recent Reports and Regulation Recommendations, was chaired by Alta Charo, Professor Emerita of Law and Bioethics at the University of Wisconsin at Madison, and included three presentations: Laurence Lwoff, head of bioethics at the Council of Europe, on “The scope of multinational organisations to enact reports recommendations”; Katherine Littler, senior policy adviser at the Wellcome Trust, on “How WHO would hope to operationalise certain report recommendations; and Leigh Turner of the University of Minnesota, on “Medical tourism and stem cells.”

Lwoff emphasized that the legal instrument of governance is essential but not sufficient. While there is broad support for engaging the public on questions of gene editing, Lwoff focused on the need for genuine deliberation on substantive issues between the public, scientists, and policymakers. Littler discussed WHO’s implementation of the recommendations in the Expert Advisory Committee’s report. WHO is working to understand its role in supporting accountability and transparency, as well as public education, engagement, and empowerment (the “3Es”) in different settings. Turner emphasized how the global marketplace for unproven and unlicensed stem cell-based interventions has grown over the past 15 years, especially in the United States. The harms arising from patchy regulation of these stem cell treatments raise “cautionary lessons” for human genome editing, which could, without effective governance, end up in a “Wild West” marketplace.

Among the topics raised in the following discussion were biotech companies, some of whom have excellent guidelines; relationships between academia and the commercial sector, including patent applications for heritable genome editing from scientists in major research universities and fertility clinics; the patchwork regulation and oversight of the global fertility industry; who should get to decide who should be included in discussions of regulation; and the need for resources to fund consistent enforcement of regulation and to support robust public engagement processes.

The in-person 2023 Third International Summit on Human Genome Editing will be held on 6–8 March 2023 at the Francis Crick Institute in London, UK.