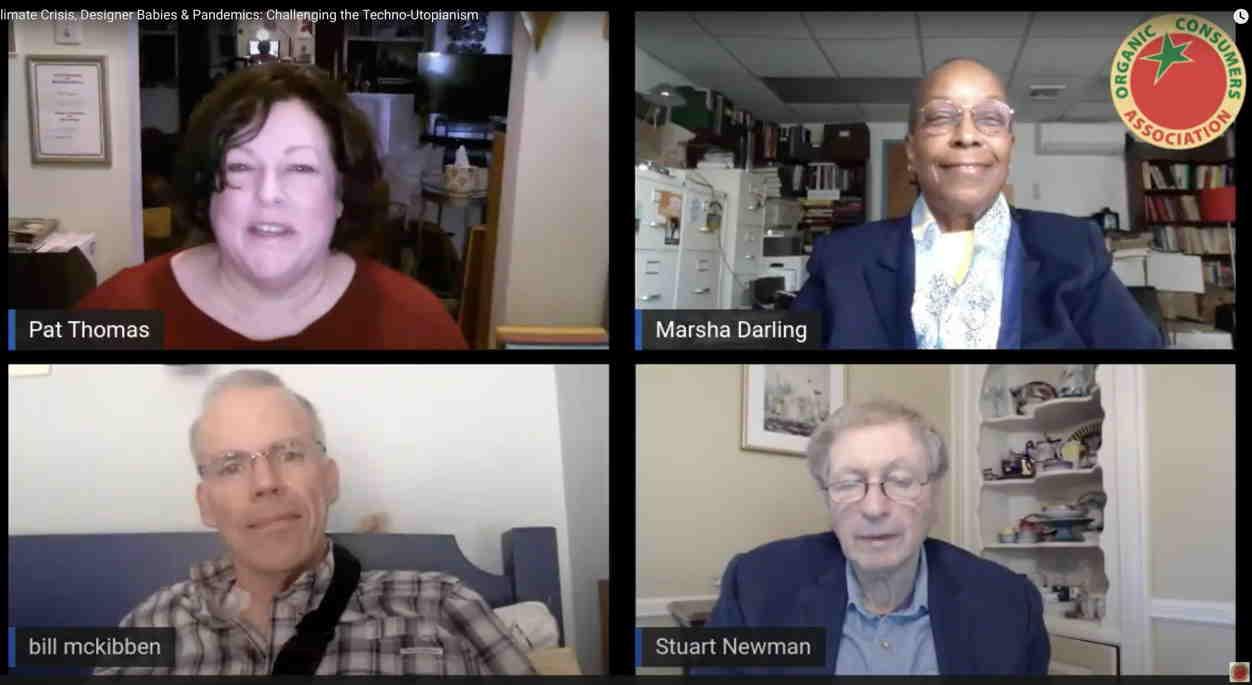 Their task: to consider the common threads between COVID-19, the looming climate crisis, centuries of race-based oppression, and proposals for "designer babies” – each of which demonstrates how misguided scientific theory and experimentation can create inequalities and disproportionately harm vulnerable populations. The conversation also explored the limitations of “techno-utopianism,” how social movements can redirect science and technology toward a just and sustainable future, and how we can preserve our humanity – and diversity – in a genetically engineered age.

“Climate Crisis, Designer Babies and Pandemics” was hosted by Organic Consumers Association, and co-sponsored by Alliance for Humane Biotechnology, Center for Genetics and Society, Friends of the Earth, and International Center for Technology Assessment.

Bill McKibben was also featured in a conversation with john a. powell, moderated by Osagie K. Obasogie, on October 18, 2019, hosted by the Center for Genetics and Society, the Haas Institute for a Fair and Inclusive Society (now the Othering & Belonging Institute), and the School of Public Health at UC Berkeley. Both video and a transcript are available; excerpts and a description of the extremely successful event are posted on Biopolitical Times.